Louisville man charged with murder after admitting to killing his parents

"I finally did it. I killed them," the man said to a family member, according to his arrest slip. 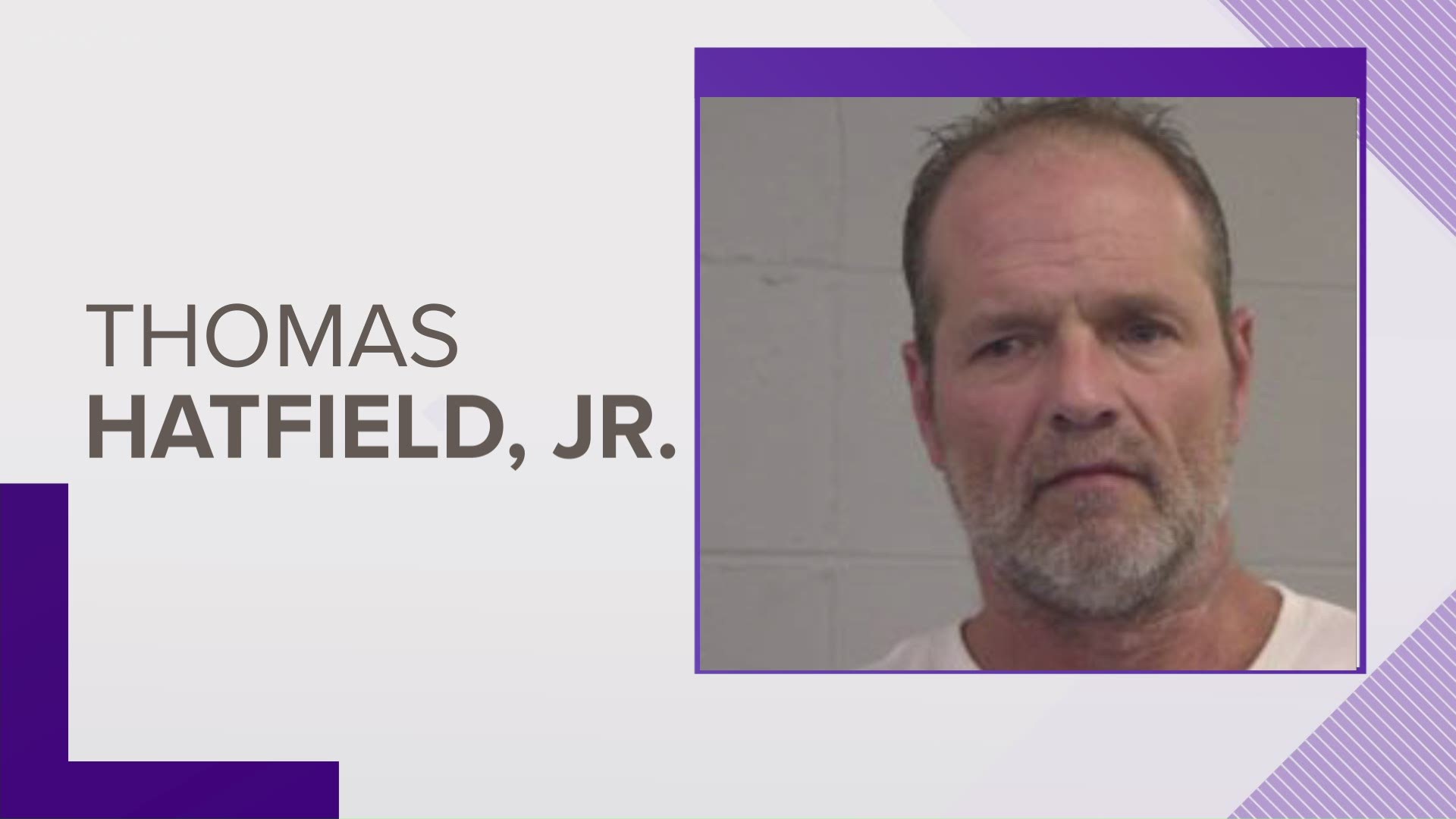 LOUISVILLE, Ky. — A Louisville man has been charged with two counts of murder after police say he admitted to killing both of his parents.

Thomas Hatfield Jr., 49, was arrested by Louisville Metro Police (LMPD) on Sunday, Jan. 10. According to his arrest slip, Hatfield went to a family member's home early that morning and told them "I finally did it. I killed them."

He left that home and went to another location where he intentionally drove into a parked car.

Family members told police to go to Margo Avenue, where Hatfield lived with his parents. When officers arrived, they found two people who had been shot and killed inside the home. The victims were confirmed to be Hatfield's parents. Their names have not been released to the public.

Hatfield was arrested after he ran into the parked car. According to his arrest slip, he had a gun in the car that was the same caliber as the spent casings found at the scene.

Police said Hatfield was also treated for an injury consistent with a self-inflicted gunshot wound.