Kaycha Labs Kentucky opened a month ago for business and already has its DEA certification, just one of three labs in the state. 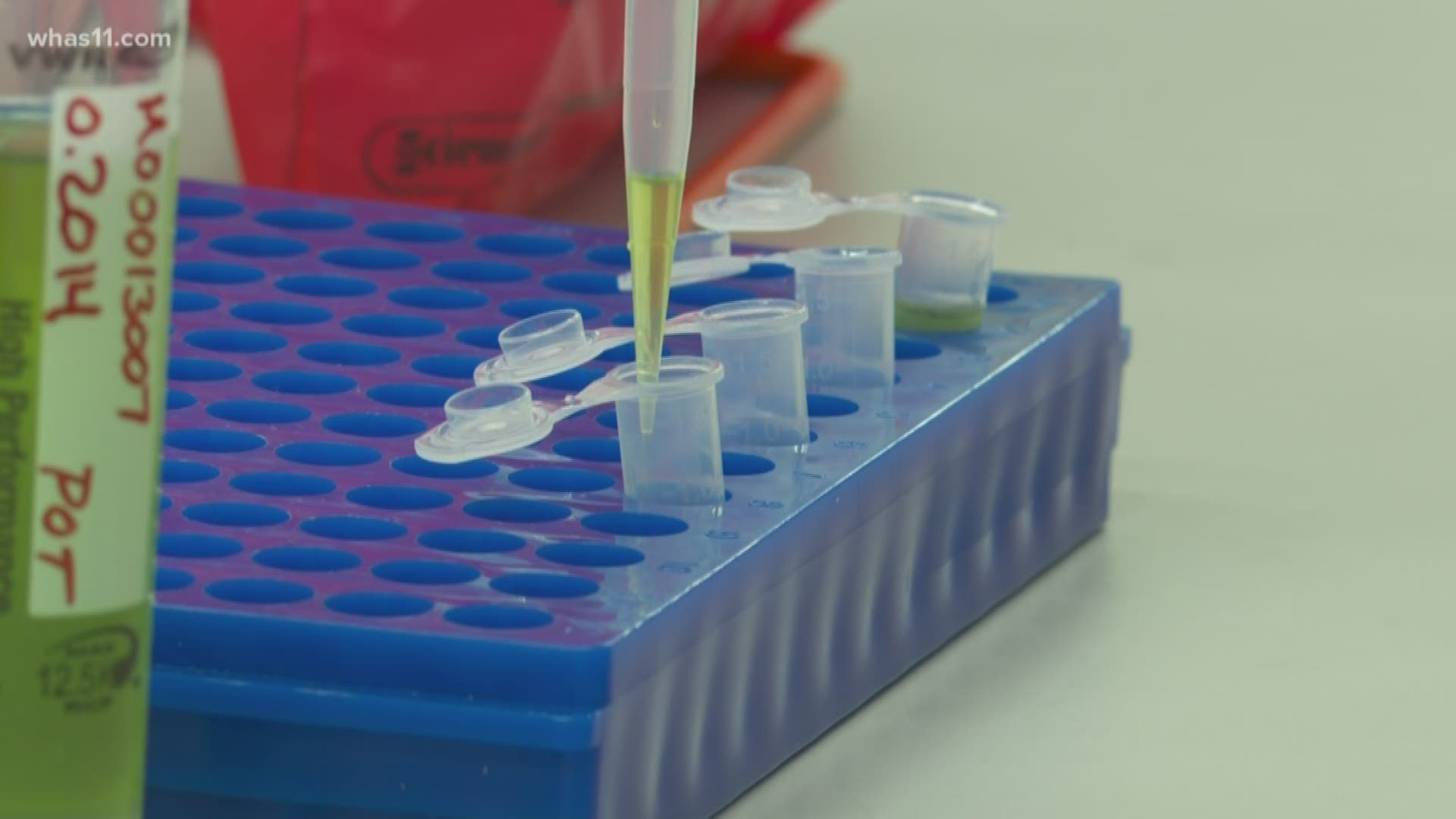 MT WASHINGTON, Ky. — You could say hemp runs in the family for David Greene.

"My great-grandparents, they grew hemp for the government back in the 20s, 30s when it was made for rope," said Greene. "And then it got banned."

But unlike his ancestors, Greene has traded in the farm clothes for a lab coat.

"I never thought the hemp or CBD industry would be where it is right now," he said.

Greene is the director of laboratory operations at Kaycha Labs Kentucky, a full-service testing facility that works with people in the CBD industry to help ensure their products are up to code, which includes testing for THC levels and the purity of products.

"We service whether it's the farer, the process handler, the wholesaler, the marketer, whomever that wants to make sure they have a quality product for the end user and the consumer," Kaycha Labs Kentucky President and CEO Mick Tarullo said.

Kaycha Labs Kentucky opened a month ago for business and already has its DEA certification, just one of three labs in the state. Under proposed USDA regulations, DEA certification is required for all laboratories that handle THC testing.

The lab also received its ISO 17025 accreditation, which is an international standard for quality control. Tarullo said the intensive process took several days, with an accreditor from Perry Johnson Laboratory Accreditation, Inc. visiting the facility.

"He'd walk in the room," said Tarullo. "He'd look over one of our chemists shoulders and he'd say, 'Okay, well what's that? Where's that from? What lot number's that?'"

According to Tarullo, Kaycha Labs is the only CBD testing facility in Kentucky that has both DEA certification and ISO 17025 accreditation, which is big for consumer confidence in an industry that is still growing.

"It's just like going to the grocery store and looking at your box of cereal and seeing what's in it. Do I want to feed my children this? Is it organic? GMO? WHat is it?" said Tarullo. "So we allow the end user and anyone else to understand fully what is in their products."

"There's always been a stigma behind it, which I think is starting to get lifted as more people and more people get educated," Greene said.