Co-founder of Cornbread Hemp decided to use his knowledge of the hemp industry in Kentucky to which sells CBD products - all legally. 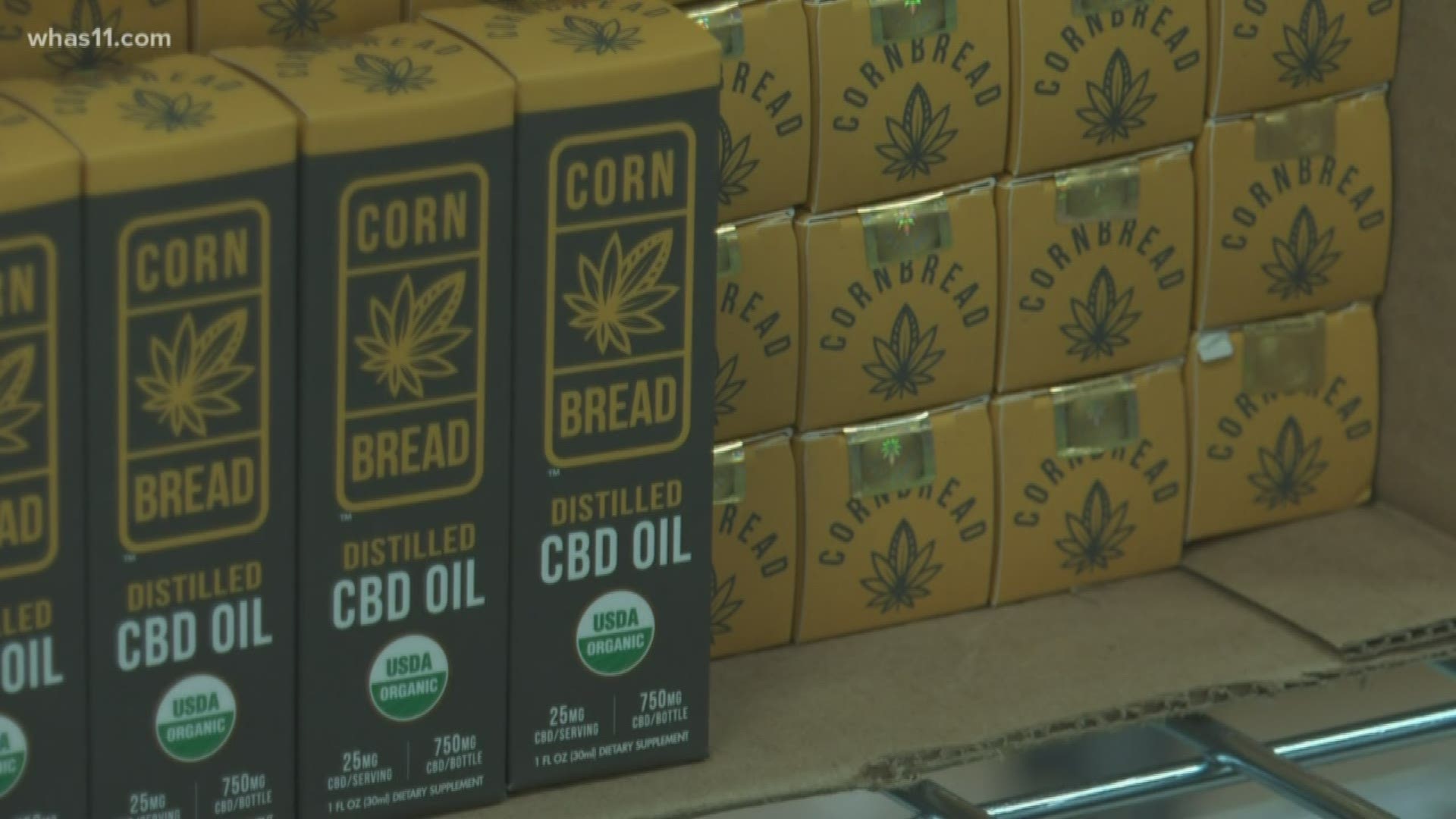 LOUISVILLE, Ky. — Jim Higdon is careful when he talks about his CBD products.

He doesn't promise any special health benefits when he markets them, especially since the FDA hasn't officially weighed in on CBD products. Instead, he goes off what the clients are saying.

But one thing Higdon can promise is his products are safe to use. And he now has proof after the US Department of Agriculture certified several of Cornbread Hemp's products as organic.

"Our products are made to very high standards. That means the soil has been free of pesticides for three years, the seeds are non-GMO, there's no synthetic pesticides or fertilizers used," he said.

The seal on the packaging may be small, but Higdon said its presence is actually a big deal, especially when it comes to sales.

"We started just before Christmas and we've already seen an uptick in sales as a result of the USDA organic certification," he said.

Before jumping into the CBD industry, Higdon spent several years researching and writing a book about the Cornbread Mafia, the largest illegal marijuana operation in the country that was based in central Kentucky, where Higdon grew up.

One year ago, Higdon decided to use his knowledge of the hemp industry in Kentucky to co-found Cornbread Hemp, which sells CBD products - all legally. His products, like oils and lotions, can be found across the country and in around 50 stores in the Louisville area.

Higdon knows even though the Farm Bill in 2018 legalized hemp production on a federal level, there is still a stigma when it comes to CBD products, which is why having the first products of its kind in Kentucky earning the USDA organic certification is such an important designation for his products.

"It's a real milestone towards the mainstreaming of this product because it helps consumers know that this is a safe product to a standard they recognize," he said. "I published the book in 2012 and there was no way to foresee all of this happening as fast as it has."