West Louisville's Chef Space has helped close to 130 businesses get on their feet while serving the Russell neighborhood with fresh, healthy food. 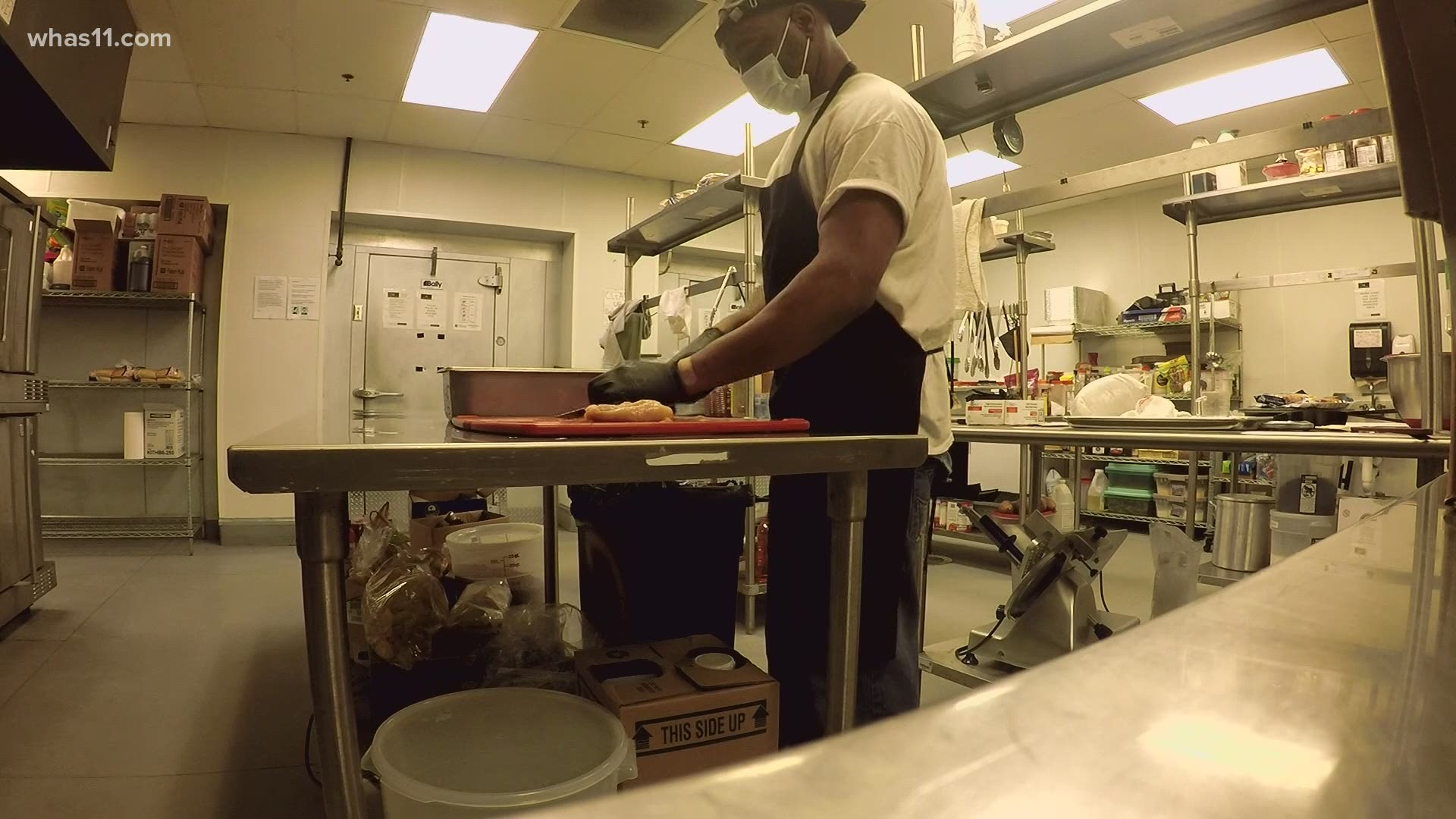 LOUISVILLE, Ky. — A non-profit in West Louisville is turning home bakers into chefs and giving them the resources to build their own business. Despite the pandemic's wrath on the food industry this last year, we're seeing dozens of these small businesses thrive.

Since it opened 5 years ago, West Louisville's Chef Space has helped close to 130 businesses get on their feet, while serving the Russell neighborhood with fresh, healthy and convenient food.

"Our first year we had 13 businesses. Today we have 34 businesses," Tom Murro, the director of Chef Space said. Murro's also the unofficial taste tester of the many foods and drinks prepared at Chef Space.

"I've gained about 15 pounds since working here because every day there's brisket or ribs someone wants you to try," he said.

Credit: WHAS
Chicken nuggets are on the menu for one local chef, who makes meals for area daycares without their own kitchens.

These kitchens serve as an incubator for entrepreneurs looking to start or expand their passions, with the help of tools, training, loans and education for all things food-related.

"We see candy makers, bakers, food trucks, people who wish to be in a brick and mortar, like a fast-casual concept," Murro said.

Murro says it's a hard business to break into, with tens of thousands of dollars spent on startup costs and overhead. So, to ease the financial burden, people come here. Chef Space is home to 13,556 sq. ft. of commercial kitchen space available for hourly or monthly rent.

"It's a little more of a safe option than throwing $3,000 down on a lease before you know you have a viable concept," Murro said.

Credit: WHAS
In one of the main kitchens, an homage to the former Jay's Cafeteria, that used this space before it became Chef Space.

You might recognize names like V-Grits, Kentucky Taco Company, Open Caribbean Kitchen and Philly's Best, who've all graduated from Chef Space. Louisville's own Food Network star, Chef Damaris Phillips also rents out a space. And then, there's Bourbon Baekehouse, which sits at the corner of Brook and Oak Streets. It's the brick and mortar to Bae’s Baekery, owned by Abigail Mattingly.

"Being here is like being a beacon of sweetness for Old Louisville," Mattingly said.

She started her business 2 years ago, and opened the bakery last summer, during the height of the pandemic.

"We are very busy on Saturdays. It’s been a huge blessing for sure," she said.

It's far from the future Mattingly imagined a few years ago, with a degree in criminal justice and sights set on law school.

"I knew when I was packaging cookies underneath the desk at the law office, it was time to go," she said. "I don't regret it for a moment."

The self-taught pastry chef grew her business through Chef Space, paying just $20 an hour to rent a kitchen. Today, she has her own, hoping one day to turn it into a family business.

"I absolutely taste everything to make sure it tastes okay," Mattingly said.

And she's usually not alone. Her bakery is a micro-incubator for women bakers, expanding Louisville's culinary scene one kitchen at a time, thanks to the recipe for success that is Chefs Space.

"We want to be seen as a stepping stone as people make their way to their own space," Mattingly said.