It's not the first time Carmichael's Bookstore has had to adapt, but the shop focused on gaining a stronger online presence when it was forced to close last year. 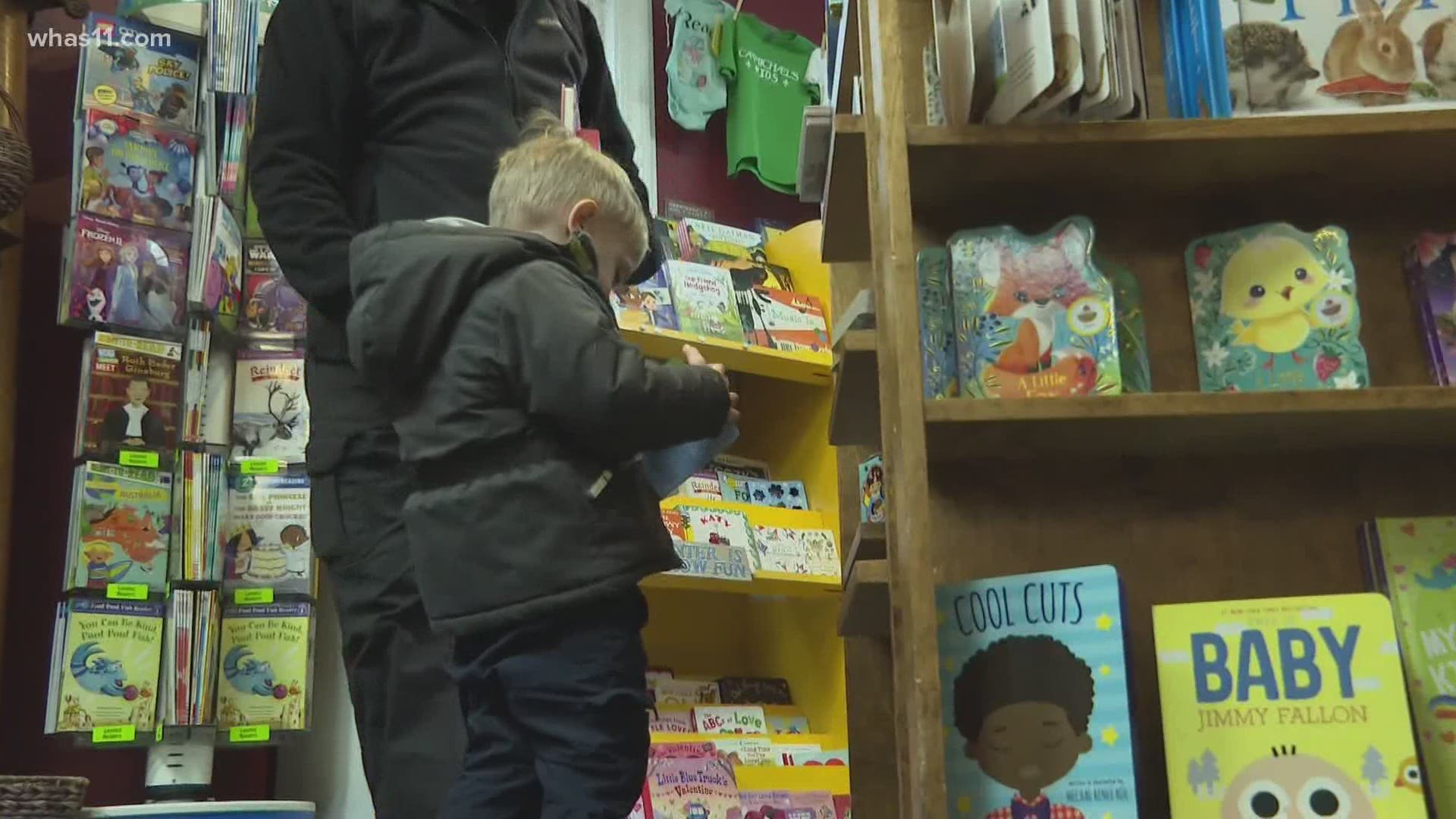 LOUISVILLE, Ky. — Books can take us places we can’t go – something that has been very welcomed through this past year.

Bookstores are a place to get that inspiration, but they’ve gone through a lot of changes recently.

Since Carmichael’s Bookstore opened in 1978, it’s had to face challenges that come with the changing landscape of selling books.

“First the mall stores, the Waldenbooks and then the big box stores and then Amazon,” Carmichael’s co-owner Kelly Estep said. “A lot of stores did close; a lot of stores weren't able to weather the storm.”

The independent store has come out of that storm over the years. But 2020 thrust co-owner Kelly Estep and her staff into a brave new world. After closing in March for two months, they started changing the way they do business.

“We chose to start delivering to the entire city for free,” Estep said.

They revamped their website and started doing curbside pickup too. But a new way of doing things also caused a 'Catch 22.'

“A lot of people who own bookstores talk about their bookstore being what we call a ‘third place,’ which is not home and not work, but a place where you can go and stay and visit and feel at home,” Estep said.

Customers couldn’t come in and browse or get that personal advice and suggestions from staff that comes with being in the store. That’s an important part of Carmichael’s mission.

But now, the doors are open once again. A positive for Courtney Griffith and her two-and-a-half-year-old son Silas.

Books have been a constant for Silas in a time when so much has changed in the last year.

“He's a very active kid but that's one of the few things that will get him to sit down and just enjoy the stories,” Griffith said.

During a time that felt like one hundred years of solitude for many of us, books have also provided a connection that we’ve been missing.

“Books can fill a piece of that connection part and make you feel like you are part of something bigger, that there are people out there struggling with the same things you are having the same experiences,” Estep said. “Or even just if you want to travel somewhere else because you can't travel anywhere right now, then you can do that with a book.”

Estep said the store has had to adapt, and the pandemic has likely changed their workflow forever. But even with the business decisions that had to be made – one big consideration was just how to keep books in people’s hands.

Carmichael's has two locations, one on Bardstown Rd. and one on Frankfort Avenue, as well as a kids bookstore.