Bar and restaurants owners are happy to see customers, three weeks after they were shut down due to a rise in COVID-19 cases. 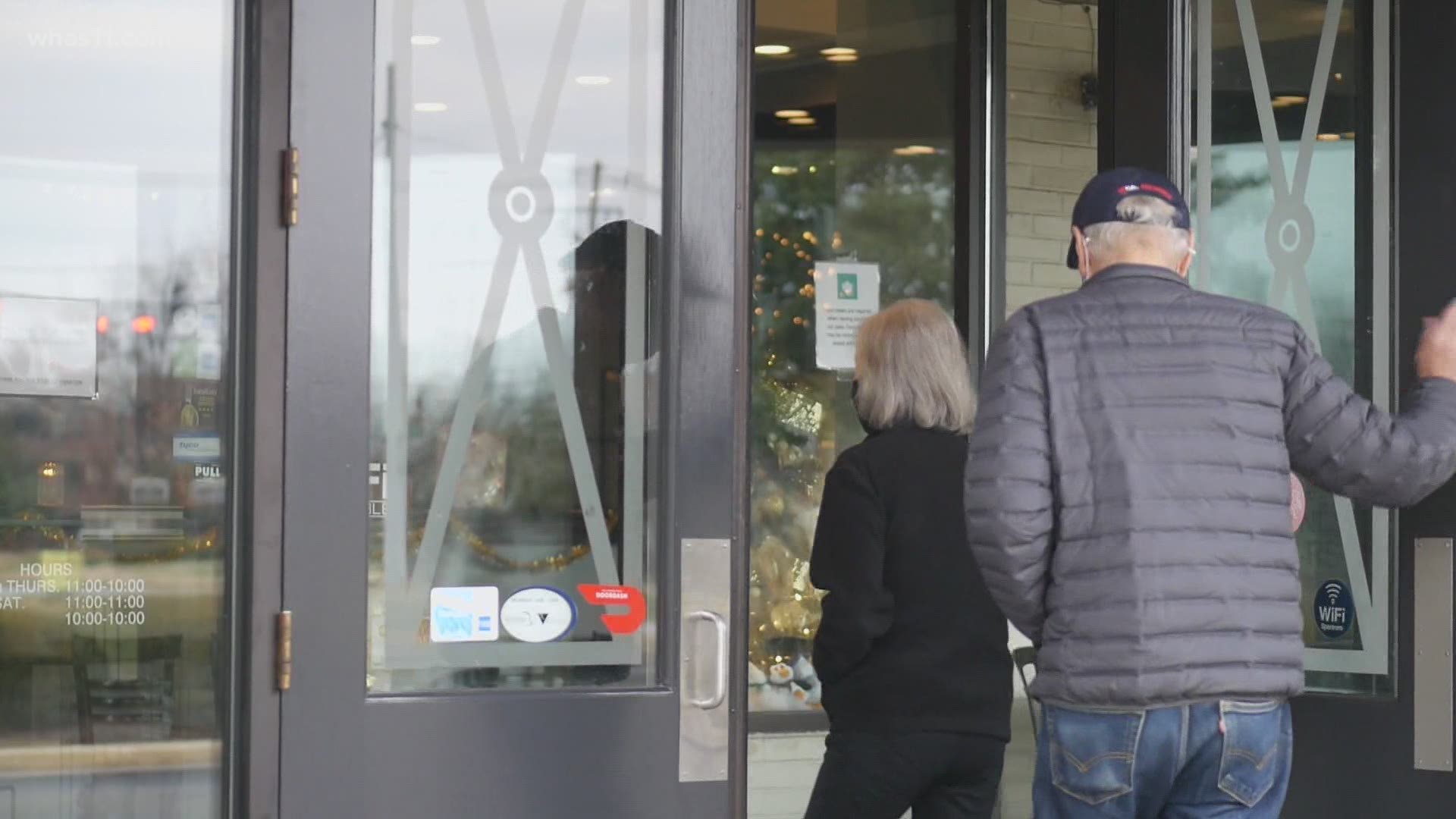 LOUISVILLE, Ky. — After weeks spent investing in heaters and patio tents, restaurant and bar owners said they are excited to open their doors back up to indoor dining.

Restrictions in place for about three weeks that had shut the doors on indoor dining lifted Monday. Bars and restaurants are now allowed to have customers inside at a 50% capacity.

"We're really excited. We've been counting down the days to today," TJ Oakley, Operations Manager of Bristol Bar & Grille said. "We’ve also really felt a lot of love from folks I know going out to specifically support us and if you’re not supporting us, but you’re supporting other local restaurants, I can't tell you how much that means to all of us.”

Oakley said they re-opened the dining room to one of their three locations. The other two locations temporarily closed, but there are plans to re-open again soon.

"23 days ago whenever we had to close our restaurants again to dine in, we were all caught a bit off guard," Oakley said.

Oakley said the restaurant received lots of support from customers during the shutdown, but after missing critical weeks during their peak season, he said he's glad the restrictions are lifted for the colder months.

"Restaurants are really at the end of their ropes so being able to open our dining rooms back up, it's really what we need right now to survive at this point," Oakley said.

The remaining restriction in place requires bars and restaurants to stop serving by 11 p.m. and close by 12 a.m.

"If we were serving hot apple cider and bourbon we might have a different story here, but were serving cold beer, it's not the most fun thing to drink in the cold," Spencer Guy, Atrium Brewing's head brewer said.

Guy said it was exciting to see the taproom filled with customers again Monday.

"It's amazing," Guy said. "Just looking through the brewery doors and seeing customers at 11:30 in the morning was a great feeling.”

Guy said it was hard not to get much of a warning the shutdown was coming, but he said the brewery was "lucky" to be able to pivot to to-go beer sales.

"We're really lucky to be able to sell a canned product to the consumer and be able to sell four packs. A lot of people in our industry don’t have the advantage of being able to sell a to-go item," he said. "It's awesome to see we're allowed to open again but it's a little bit disheartening when there doesn't seem to be a ton of rhyme or reason behind when we can and when we can't."

Atrium opened its brewery during the pandemic and like all businesses, has made steps to try and adapt to the restrictions.

"We ordered heaters for our patio 8 weeks ago. They're all on backorder, everybody needs heaters for their patio right now," Guy said.

The governor said there will need to be a strong commitment of mask and social distancing enforcement for businesses to remain open indoors.

"We have to tread very lightly we have to plan for the worst," Guy said. "We just cant wait to be a community in this space because we haven’t gotten that opportunity yet.”

Restaurants and bars remain skeptical the shutdowns are over, but they remain hopeful.

Gyms, theatres, recreation centers and other small venues were also able to open up Monday at a 50% capacity.