'Epicenter of women's soccer': Louisville to host 2 European clubs for The Women's Cup

The tournament, featuring Racing Louisville FC, will be held at Lynn Family Stadium Aug. 18 and 21. 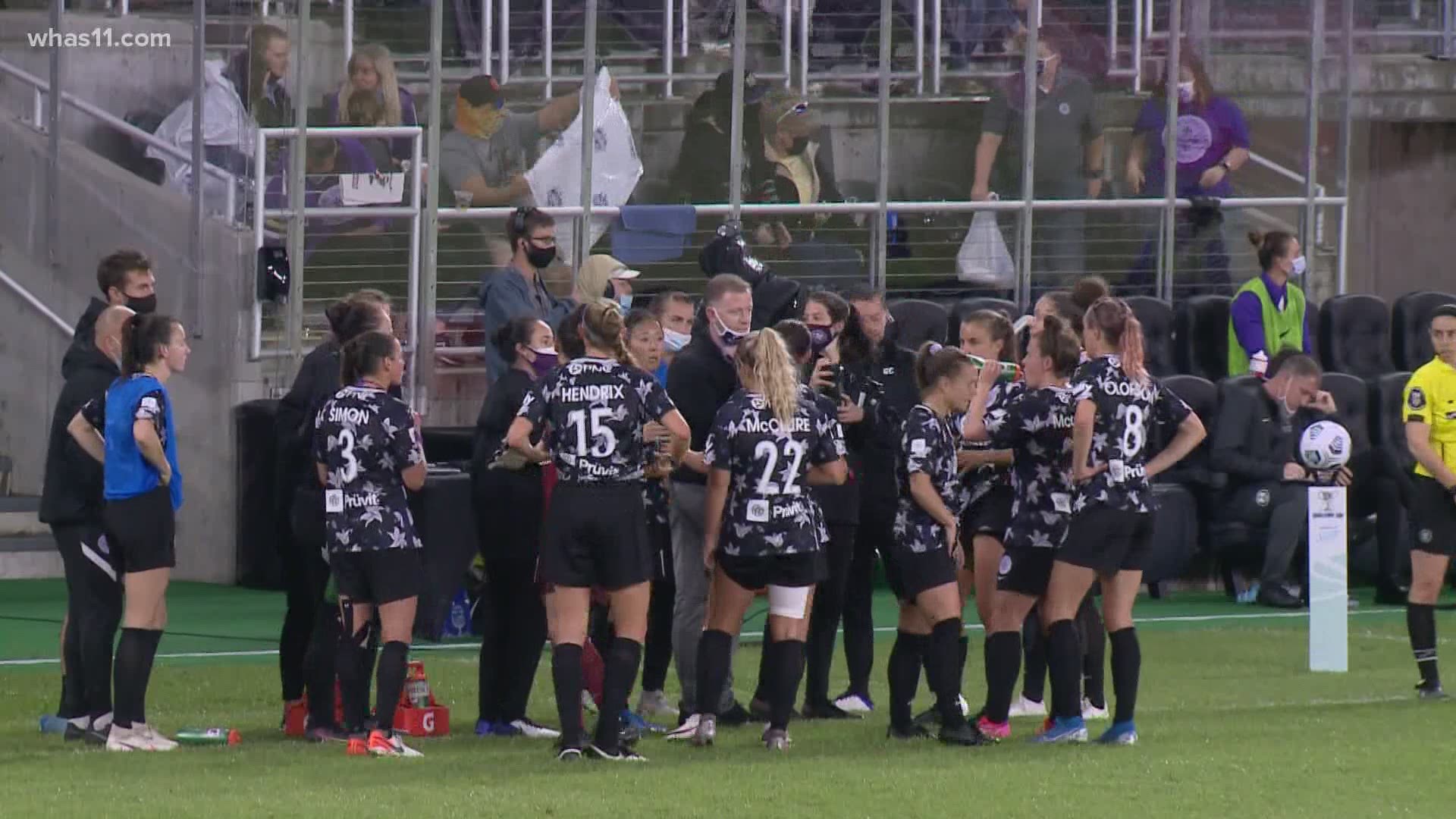 LOUISVILLE, Ky. — Two of the most recognizable brands in international soccer will be coming to Louisville for The Women's Cup at Lynn Family Stadium this summer.

FC Bayern Munich and Paris Saint-Germain are joining the National Women's Soccer League's Racing Louisville FC and Chicago Red Stars for a tournament on Aug. 18 and 21.

On Aug. 18, Racing will face Chicago, while Bayern will take on PSG. The winners will meet Aug. 21 for the Women’s Cup trophy while losers faceoff in a third-place game.

"We are very excited to bring two of the world’s best clubs to town for The Women’s Cup," tournament director J.P. Reynal said. "PSG and Bayern will give local favorites Racing Louisville and the Chicago Red Stars a chance to compete on an international stage."

"This event is a major step in our vision to grown women’s soccer around the world," The Women's Cup CEO and founder Jaime Phillips said. "We are developing a tournament at the highest level of competition for these athletes to thrive."

As Racing continues its first season following a 2-2 draw against the Orlando Pride, FC Bayern and PSG will bring top-flight competition from overseas. The German club is already in the UEFA Women's Champions League semifinals while the French squad is in the quarterfinals. Each of them lead their respective leagues, with Bayern in Bundesliga and PSG in Division 1 Féminine.

"It just adds so much legitimacy to what we're doing here," Racing Louisville FC president Brad Estes said of having those two clubs join the tournament. "It's just an unbelievable brand with athletes on the men's side and the women's side that are the best in the world."

Could we ever have imagined this when we were playing on a baseball field? Players and coaches, Supporters, sponsors, local government - this is your achievement - we have done this together! https://t.co/APbpn6InQU

Phillips and Reynal said they had multiple European clubs interested in joining the tournament field. Reynal co-founded a sports event production company called Onside Entertainment that promotes club and international matches, with this being the company's first women's tournament. He added that other American cities with NWSL franchises like Orlando, Portland, Salt Lake City and Washington D.C. were considered as hosts.

But according to Reynal, Louisville was "far and away" the choice due to having a new stadium and team, as well as being an accommodating city. He thinks Louisville has major potential to grow the sport, as stakeholders are intending to make the city an annual base for this event.

"We're just really, really proud," Estes said. "But we're also not surprised because we know who we are. And we know that this town takes hospitality to the next level. We think this is going to be a world-class event for many years to come."

The debut match for Racing Louisville FC drew an announced attendance of 5,300 fans, which meant a sellout of the limited tickets offered due to the coronavirus pandemic and accompanying protocols.

Lynn Family Stadium, which is a soccer-specific venue for both Racing and the USL's LouCity FC, has a capacity of 15,304 people. As the first top-tier pro sports franchise in Kentucky since 1976, Estes thinks Racing's support will continue to grow and make Louisville shine as a host of this event.

"I think what we see a lot of times in other markets is that soccer, and specifically women's soccer, gets swallowed up because there are five or six other professional teams," Estes said. "And we care about it here. We really cherish it and I think that that's what's going to put us to the next level."

"It already had a great tradition with the USL club, drawing incredible amounts of fans and drawing incredible amounts of attention and results," Reynal said of Louisville. "It's a great base at the club level, at the youth level and at every level of soccer. So I think this addition of having a women's club is just the icing on the cake for Louisville to be the complete soccer city in America."

That's an ambitious goal aiming to make The Women's Cup more than just a tournament for Louisville.

"It's a bridge, a bridge in between two important markets, an institution that needs to join forces to work together to globalize the game and turn it into one of the highest-grossing sports in the world," United Nations ambassador for women's soccer Victoire Cogevina said.

For more information on The Women's Cup, click here.