"It means so much to me," Ellie Hurley said. "It's very inspiring that all these girls can do so much." 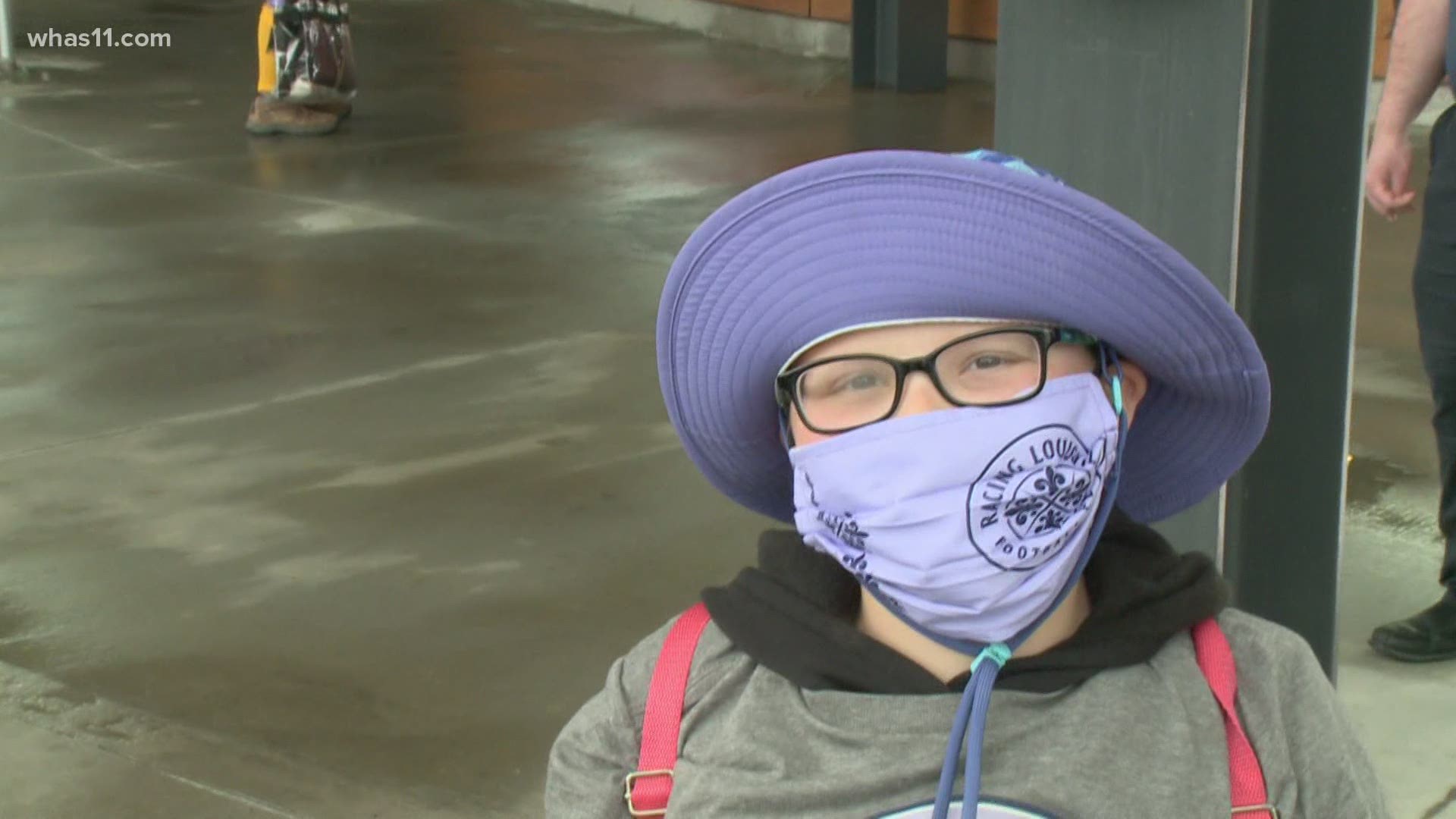 LOUISVILLE, Ky. — When nine-year-old Ellie Hurley starts showing you all of her collectibles, two things are clear: She loves her Kentucky Wildcats. And the young girl is smitten with sports.

"I love sports because of their intenseness," Hurley said.

There are signed posters from former UK football stars Lynn Bowden Jr. and Kash Daniel, the entire Wildcat women's basketball team, an autographed basketball from Kentucky men's hoops head coach John Calipari and so much more around her home.

"For somebody who can't play sports right now, I don't know that I've really ever seen somebody who loves them as much," her mother Morgan Hurley said.

That's because they help her belong in the middle of a battle.

"Sometimes, she feels kind of alone in the world," Morgan Hurley said.

Ellie Hurley was diagnosed with leukemia when she was three years old. She endured two years of heavy treatment before kindergarten. Then, in 2019, a relapse caused damage to her head and spinal fluid, which required more intensive care.

"She had to do radiation," Morgan Hurley said. "I think she's lost her hair five times total at this point. And for a little girl to lose her hair, it's really super hard. But she does it with a smile on her face and really tries not to dwell on it."

"I keep my spirits up with spending time with my mom and my family," Ellie Hurley said.

That includes the two obsessing over a sport Ellie discovered by watching the best team in the world play: women's soccer. She watched the United States Women's National Team, the reigning back-to-back World Cup champions, play an international friendly against the Netherlands on Nov. 27, 2020.

"That's all that it took," Morgan Hurley said. "It was the first time that she saw a girl doing something professionally."

"I didn't know there was such thing as girls' soccer," Ellie Hurley said. "And I think it's much cooler to me because I'm a girl."

She actually wanted to start playing soccer this year, but can't do so right now due to her medical condition. However, the new National Women's Soccer League franchise in Louisville in Racing Louisville FC would be playing its inaugural match on April 10. And her mom was buying tickets.

Mommy got tickets to see @RacingLouFC take on @ORLPride and I think Ellie might be a tiny bit excited ❤️ pic.twitter.com/QHYNNPeyRY

We let the team know Ellie's making it to our first @NWSL game, and it's fair to say they're pretty stoked too. 💜 https://t.co/6RbrCU3UPM pic.twitter.com/jY58qjRH3C

"For her just to get to see that there were people who were excited that she was going to come and that were cheering for her to be here was just awesome," Morgan Hurley said of seeing Racing's video to Ellie.

To make it even better, a season-ticket holder swapped tickets with Ellie and Morgan, giving them club seats for the match. Decked out in her hat with a Racing mask and shirt, the young fan couldn't contain her excitement.

You could see it there, under a rainbow and through the rain. Ellie rode the emotional rollercoaster of a back-and-forth match, cheering along as Racing and the Orlando Pride traded goals.

"She feels like she's a part of everything that's going on," Morgan Hurley said.

That includes the defining moment of the match. Racing trailed 2-1 in the final minutes. Savannah McCaskill sent a free kick into the penalty box, a header hit the ground and Brooke Hendrix became the hero, kicking in the game-tying goal.

"We tied it," Ellie Hurley said between screams. "We're safe."

Her reaction to that goal has gone viral on Twitter and inspired multiple Racing players.

Ellie is all of us when @brooke_tatum4 scored! We need you at every game 💜💜💜 https://t.co/ukgzP9nyO5

Right now, Ellie's disease is in remission and she's scheduled to finish treatment on July 20. But as she and this club fall in love with one another, this little girl will never forget seeing professional women's soccer players play a top-tier match, dreaming of maybe being like them someday.

"I've always tried to tell her it doesn't matter, she can do whatever she wants," Morgan Hurley said.

"It means so much to me," Ellie Hurley said. "It's very inspiring that all these girls can do so much."

Last night, it was Ellie and her mom @moeisme25 at the end of the rainbow over @RacingLouFC’s very first game at Lynn Family Stadium. Tonight, @Tyler_Greever tells Ellie’s story on @WHAS11 at 11. ⚽️ 🌈 💜 pic.twitter.com/q7DwqyWWml 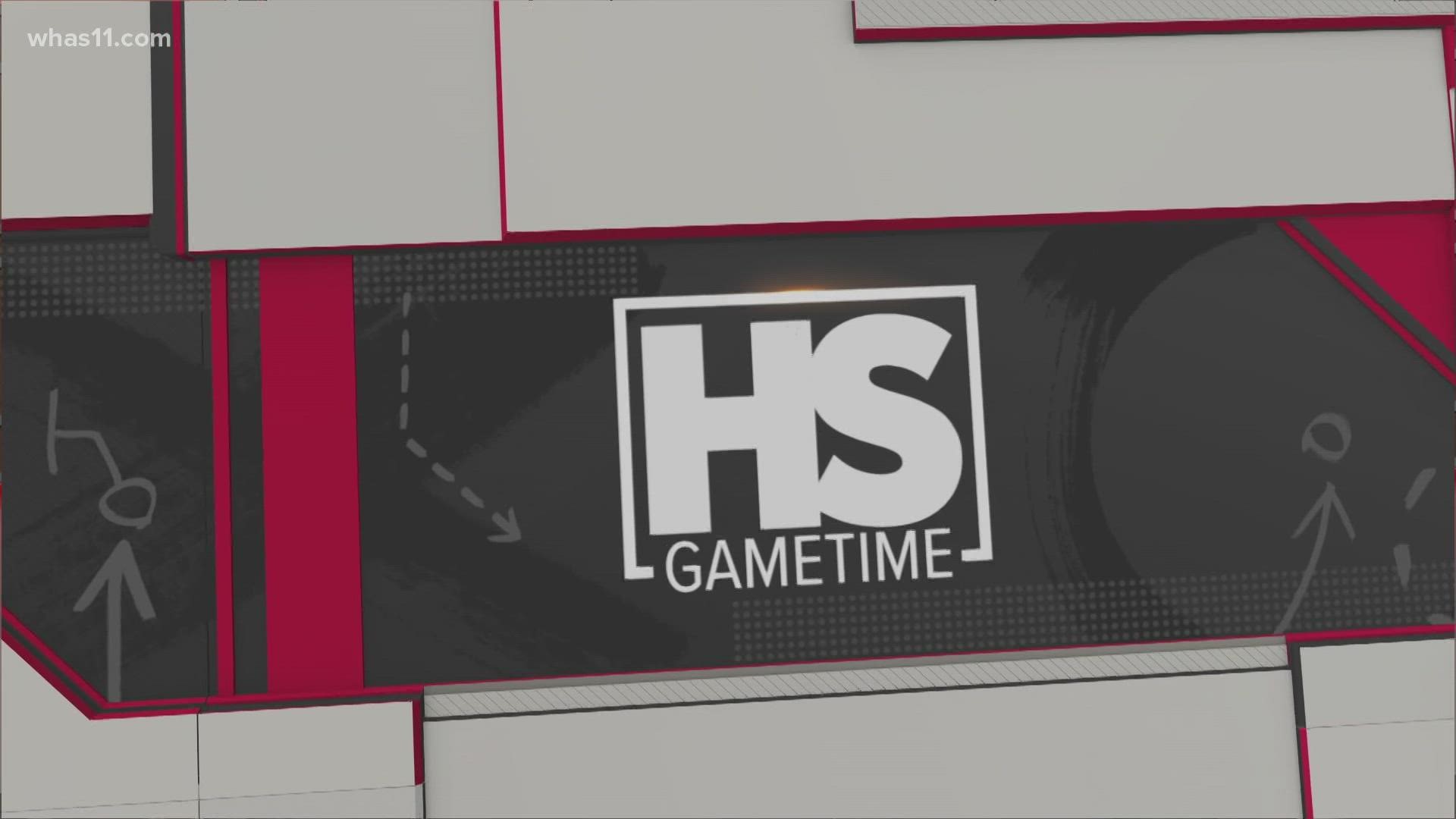