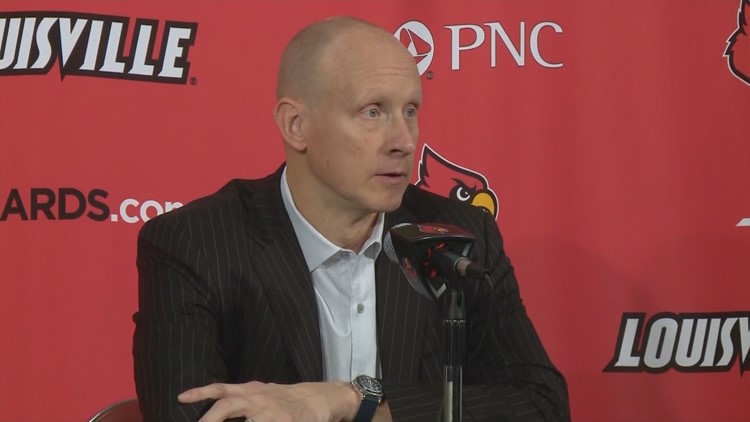 LOUISVILLE, Ky. — For the first time, UofL basketball coach Chris Mack is commenting on the NCAA once again investigating the Louisville basketball program.

In March, the NCAA notified the University that they would be conducting a new investigation into the FBI pay for play scandal into college basketball and Louisville's involvement in it. Mack was asked tonight if he knew investigators are back in town.

Reporter: Were you aware the NCAA was in town today for an investigation?

Reporter: Has it been a distraction at all?

Mack: It's not a distraction. I had nothing to do with it. You know, we knew and know that an investigation's imminent, an investigation to find out what really happened. I’m very, very confident, maybe more now than I’ve ever been at being the head coach of Louisville.

The NCAA was not allowed to investigate the pay for play scandal until the FBI investigation was finished. This is the new investigation by the NCAA into that matter, which got Rick Pitino and Tom Jurich fired.

The NCAA revoked UofL's 2013 national championship title because of the stripper scandal in Billy Minardi Hall.