Who provided the cash to the strippers that led to the major NCAA investigation? 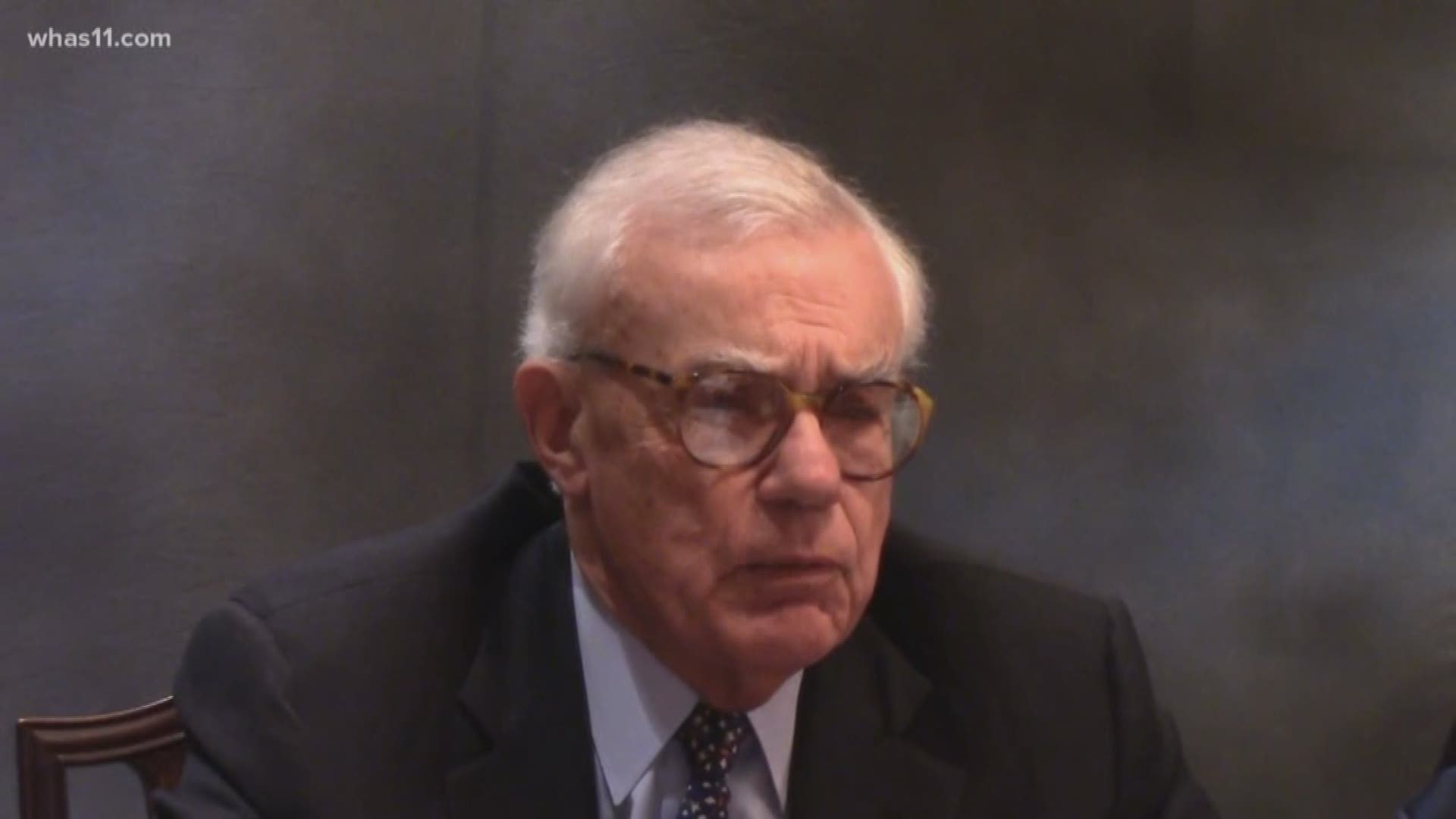 LOUISVILLE, Ky. — Some light may be shed on one of the biggest questions that came out of the sex scandal that shook the UofL basketball program in 2014.

Who provided the cash to the strippers that led to the major NCAA investigation?

David Grissom, the now-former UofL board chairman who fired Rick Pitino and Tom Jurich, underwent a deposition in the lawsuit filed by former president Jim Ramsey. Ramsey is suing the university and there was a tense back and forth during a deposition.

Attorney: "What one thing did Dr. Ramsey ever prevent the board of trustees from finding out once they wanted to find out. What one thing?”

Grissom: “Well, the first thing I can think of because it was so egregious is that he did not disclose to his full board that one of his board members paid off the women in connection with the stripping event.”

Attorney: “What board member are you talking about?”

Grissom: “I'm not going to tell you.”

Attorney: “Well, you are under oath you have choice."

Oldfather did not let that information go and continues to question Grissiom.

Attorney: “In that conversation, did Dr. Ramsey tell you who the member of the board was?”

Attorney: “So, you couldn't tell me, even if.. you had no name to give me? So why did we go through that little charade?”

The payments to the strippers happened before Grissom was appointed to the board by Governor Matt Bevin.


There may be no name, but the fact stands, Grissom testified Ramsey told him a university trustee was the cash source behind the payments made to the strippers who entertained recruits inside  Billy Minardi Hall.

“If David Grissom believes that's true and knew it, he has an obligation to report it to the NCAA and to the UofL compliance committee. Ramsey never said this to Grissom. Ramsey would have reported it to the NCAA and UofL like he did when he learned of the other matters early on.”