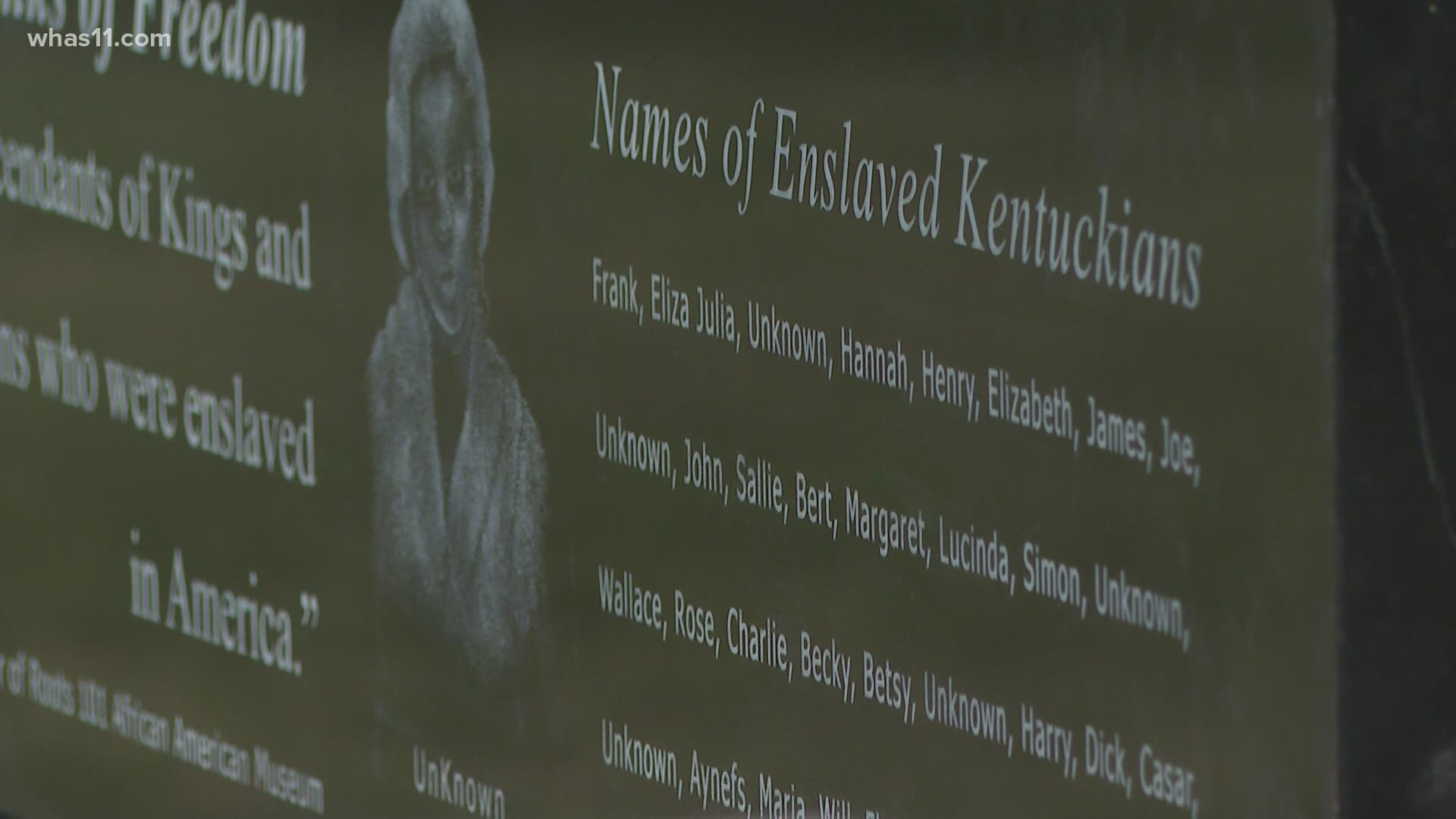 LOUISVILLE, Ky. — Where the ninth street divide becomes a bridge, a new monument recognizes a deeper racial wrongdoing in Kentucky.

"On the Banks of Freedom," is exactly where the name describes. A patch of grass on the Louisville side of the Ohio River. It's similar to a place where former slaves would stand, taking in the thought, before escaping to the free state of Indiana.

"This could have been the journey, to stand you know on the banks of freedom," explained artist Hannah Drake, "you're right here."

Names of slaves intermingle with the word "unknown" from the ground beside carved footprints to the benches where Drake sat and spoke.

"It didn't sit well with me that some people existed in this world and now they're just unknown," said Drake.  She's been working with IDEAS xLab to collect these names.

"We've had people come forward with ledgers that were on their bookshelves or names of enslaved people from wills," explained IDEAS xLab founder and CEO Josh Miller.

On the Banks of Freedom is a part of the larger "(Un)Known Project" which will eventually include exhibits at Roots 101 and the  Frasier Museum, a journey of footprints along the river, and reconciliation on the Belle of Louisville.

By the end of the summer, Miller said they'll also have a website where people can enter the identities of enslaved people from across the country.

At noon on Juneteenth, the (Un)Known project is hosting a poetry reading at Roots 101 followed by a walk to the new monument.

RELATED: Roots 101, 'On the banks of Freedom' brings light to Louisville's role in Underground Railroad