Roots 101, 'On the banks of Freedom' brings light to Louisville's role in Underground Railroad

A Juneteenth event is looking to bring light to Louisville's role with the Underground Railroad and Kentucky's true role in slavery. 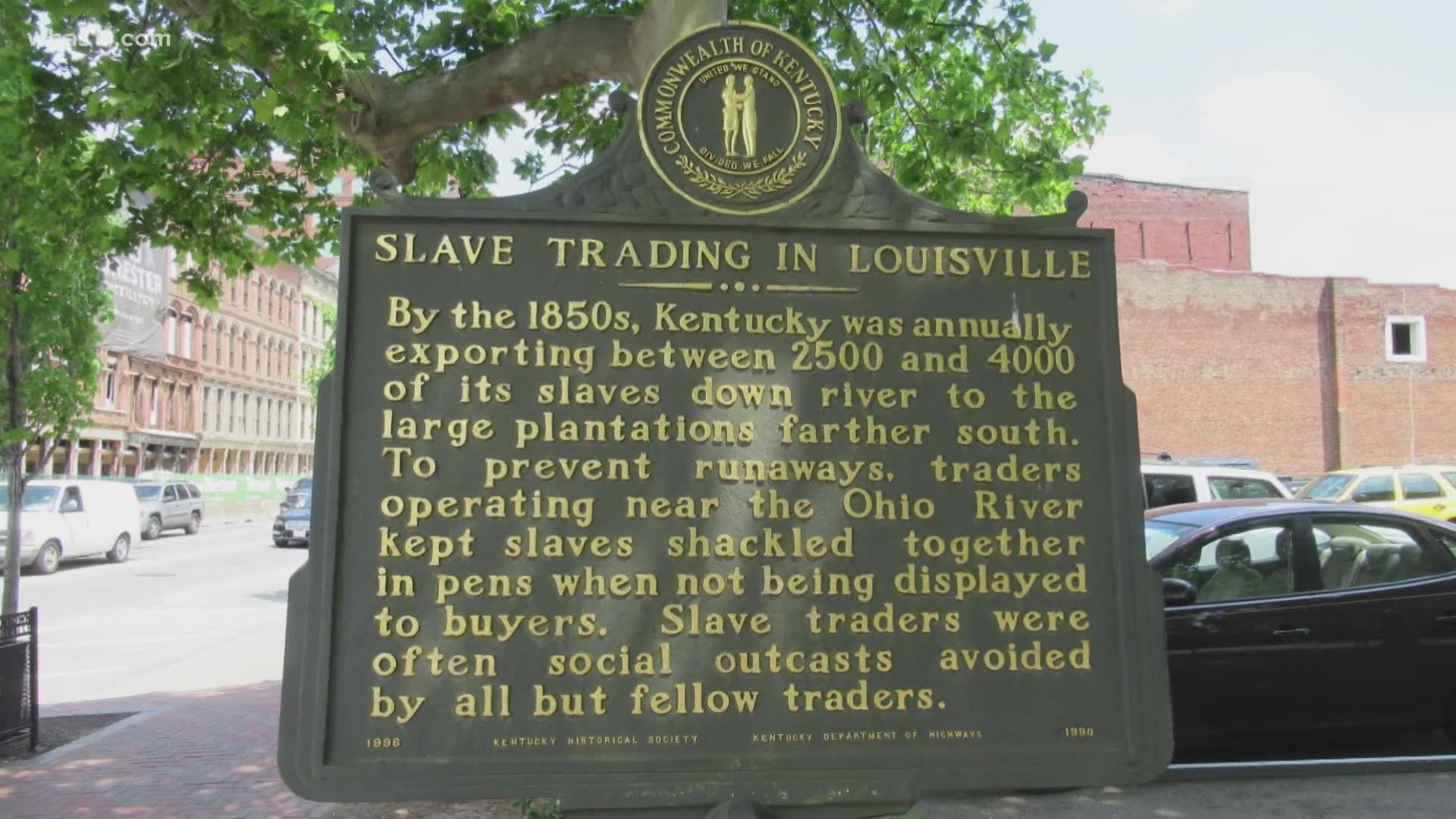 LOUISVILLE, Ky. — Just after President Biden signed a bill declaring Juneteenth a federal holiday, Louisville will embrace the holiday it in it's biggest way yet.

One event is looking to bring light to Louisville's role with the Underground Railroad and Kentucky's true role in slavery.

The Unknown Project has received national attention, but it is truly a Louisville story.

At the new location for the Roots 101 Museum, the visitors are growing and founder Lamont Collins wants visitors to recognize hope and hurt. His favorite part of his museum is called Derogatory Images: Posters and symbols of America's marketing past.

"These images speak to me because these are the images I saw as a young boy," Collins said.

Roots 101 is a block north from Main Street, where slave pens dotted the street, during the Civil War, holding slaves. As a city, we supported the Union cause, but our factories shipped uniforms to both the North and the Confederacy.

Confronting those chains and our past takes a big step forward on Saturday.

"We do have to remember that in spite of everything that some of our people did make it to freedom," poet Hannah Drake said.

Drake will unveil the Unknown Project on the Waterfront as she and Collins tell the story of slavery in Kentucky on Juneteenth.

"I want people to reconcile with slavery in their families," Drake said, "Many people have sent us a documentation and let us know, "My family did, in fact, own or enslaved people and these are their names." Names that were just hidden from history."

Louisville was a major slave port. So most likely the Underground Railroad, the path to freedom across the Ohio River, was busy in an area just west of downtown. On Saturday, the footprints of the unknown enslaved people will appear there.

RELATED: Juneteenth history: Marking the end of slavery in America

WHAS11's Doug Proffitt asked Collins what he hopes the walk from his museum to the Waterfront will symbolize.

"I want them to see that, if we worked together, how we can change this community. And when I say 'work together', we come together," Collins said.

The project is called On the Banks of Freedom and the public art unveiling will also highlight the names of Black men, women and children--offspring of a slave owner--front and center. But some will remain a mystery.

A young Abraham Lincoln himself sat looking at slaves unloaded in Louisville and made up his mind, that decades later would lead to the Emancipation Proclamation -- the reason Juneteenth is celebrated.

"The footprints show the struggle and determination of the people of color," Collins said.

The event is being designed as a day of reflection but celebration. On The Banks of Freedom is this Saturday, Juneteenth, at noon at the Roots 101 Museum. The walk to the location of the unveiling for the benches and public art will begin at 12:30 p.m. The unveiling is at 1:30 p.m., with speeches and music.