Sixteen-year-old Tiffanie Floyd was shot and killed on Wednesday. This weekend, her teammates carried her name on their jerseys and saved her a seat in her memory. 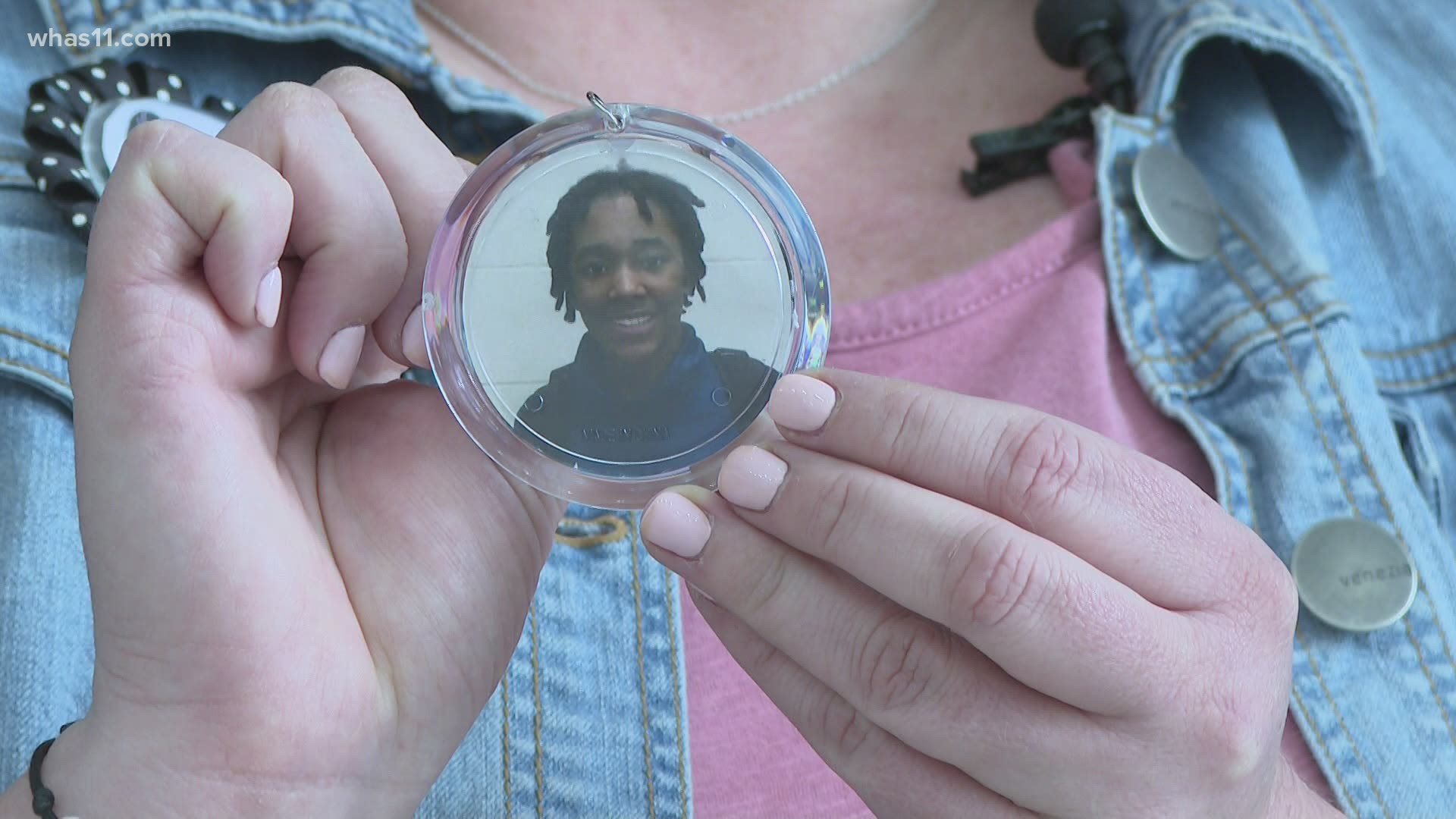 LOUISVILLE, Ky. — Between the screech of sneakers and the blows of referee whistles at the Kentucky Expo Center is a girls basketball team grieving and trying to play through it.

Her teammates said that’s what 16-year-old Tiffanie Floyd would have wanted.

She was supposed to play this weekend at the Classic basketball tournament, which showcases girls in the 7th through 11th grade on a national level.

Tiffanie was tragically killed; she was shot while standing in the front door of her grandfather’s Grand Avenue home on Wednesday.

The Lady Trojans haven’t been sleeping well but have been playing hard in Tiffanie’s honor, according to a parent.

They have her name on their minds, their shirts, jerseys and on buttons, they even have her face.

For Head Coach Matt Koestel, it was a special seat that seemed to best mark her memory.

“She always told me, ‘that’s my seat coach, I always want to sit next to you...’ That’s a chair to honor her,” he said, filled with emotion.

Credit: WHAS-TV
A seat next to the head coach is decorated to remember Tiffanie Floyd, a 16-year-old victim of gun violence.

The team won a Saturday night game bringing them to the semi-finals.

The emotions are high, hoping they can pull through for Tiffanie.

The coach told WHAS11 News that he hopes people will donate to a memorial for Tiffanie here.