Mayor Fischer outlined those plans during a Louisville forum meeting on Monday, also including an update on when there would be a new chief for Metro Police. 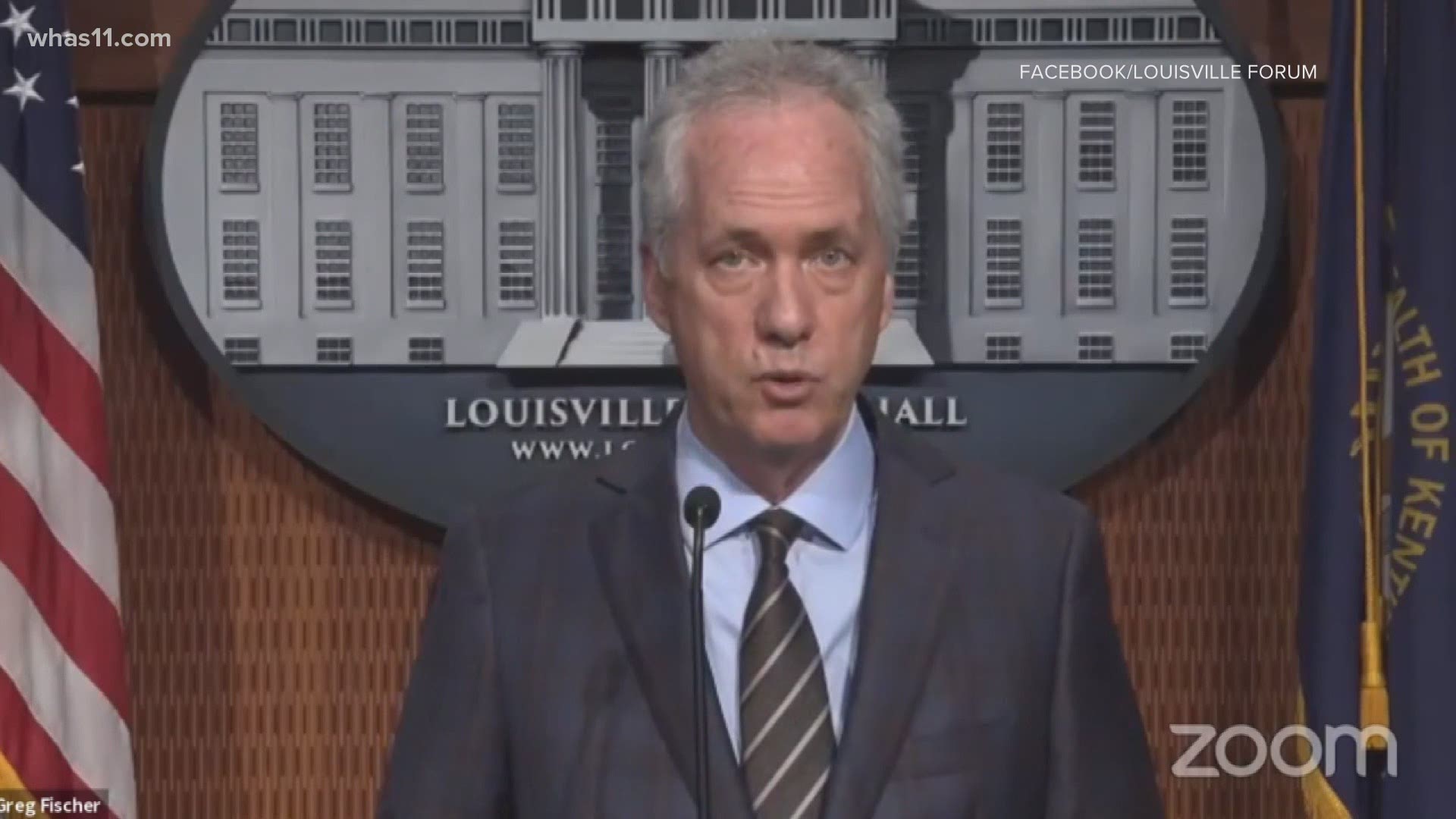 He outlined those plans during a Louisville forum meeting on Monday, also including an update on when there would be a new chief for Metro Police.

“I'm excited that around the first of the year, we'll name a permanent chief of the Louisville Metro Police Department and around that same time, we'll receive the report from the Hillard Heitz which has been working on a top to bottom review of LMPD. The new chief will review those recommendations and make changes,” he said.

The mayor said they also plan on instituting a community-based initiative to combat crime and increasing visibility downtown.

Other priorities include revitalizing downtown and advancing racial equity.

"Advancing racial equity helps each and every one of us. It will make our residents healthier, create more opportunity, safer neighborhoods, and help us show America how a city can take itself from tragedy to transformation,” he explained.

Fischer said he hopes in the future, we're able to look back on 2020 as a turning point that helped us become a greater city.