Some said "vote no" while others said they didn't think the proposal went far enough during a Metro Council meeting Tuesday night. 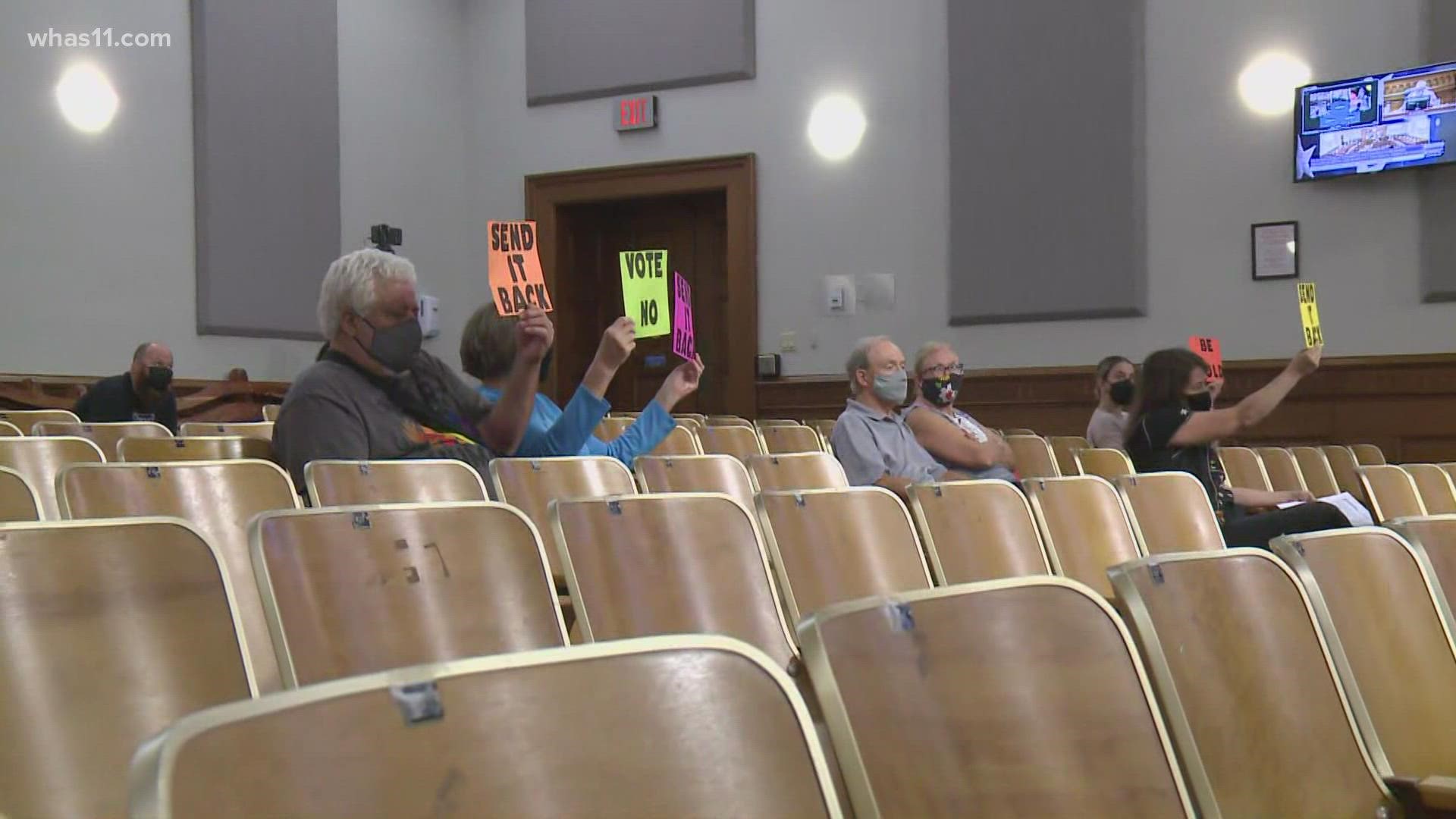 LOUISVILLE, Ky. — Public reaction is mixed as community members got an opportunity to share their feedback on the proposed police contract with the city.

The proposed reforms include mandatory drug and alcohol testing after certain incidents, allowing for suspensions without pay, and better record-keeping of officer wrongdoing.

It also includes a 9% and then a 3% raise for officers. Lieutenants would also receive a raise.

Those who opposed the contract held signs, urging council members to vote no and send it back. Several spoke against the proposal, saying they don’t think it goes far enough on reforms.

“Why would you vote yes for a contract that continues to have problematic provisions that negatively impact our communities and our city?” resident Nancy Calvacante asked.

“Should we not be willing to pay a premium for people of this character? If you want the best, it doesn't come cheaply. If you want to trim the budget, don't do it at expense of a dwindling,” he said.

Another public hearing is set for next Monday. The public can speak in person at City Hall or virtually join via WebEx Events.

FOP members will have to approve the contract before Louisville Metro Council will consider it.