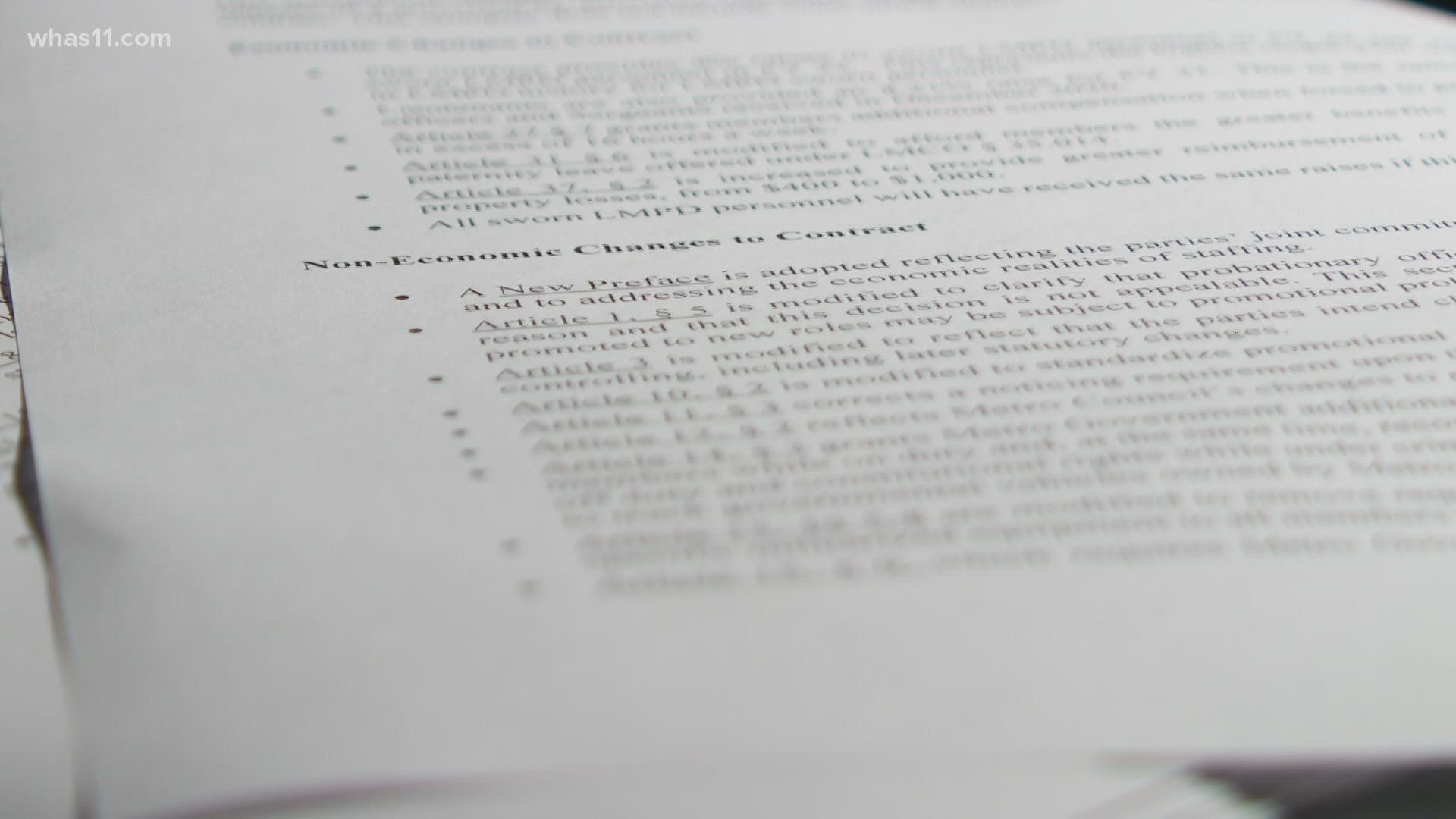 Mayor Greg Fischer's office released the full contract at around 10 p.m. Thursday once all FOP members had a chance to review the documents.

The tentative agreement includes 9% raises in 2022 and 3% raises in 2023. It also includes additional compensation if an officer is required to work more than 16 hours of overtime a week.

The agreement comes as Louisville faces a major officer shortage.

Metro Council President David James, himself a former officer, said he hopes that will keep officers in the city, but says state pension rules make it easy for them to move.

"I think that will be something that's we'll always combat here in Kentucky, here in Louisville," he said of officer retention.

As previously reported, the contract includes several reforms. Here's the breakdown of reforms as written by the Mayor's Office, in its words "a collaborative effort by LMPD and its labor union to address community demands for greater accountability":

Officers will also be paid extra for excessive overtime, and the city will offer a $5,000 incentive for officers to live in certain parts of Jefferson County, including much of downtown and West Louisville.

"Overall when you look at the contract its one of the best contracts I've seen in my entire life," James said.

The plan would implement new discipline, oversight and investigatory practices.

"I don't know that the changes that we see in the non-economic contract would have ever been discussed if what happened in the last year and a half hadn't happened," James said, referencing procedural changes made in the wake of social justice movements last summer.

Other changes include new gender inclusive language, a rule that instances of bias and excessive force could be considered in officer records permanently and mandatory drug and alcohol testing after critical incidents.

"There's some significant change in when the police chief can suspend a police officer without pay and that's a very significant thing for me," James added.

FOP members will vote on the agreements. If they are approved, they will be delivered to Metro Council for review and for public comment.