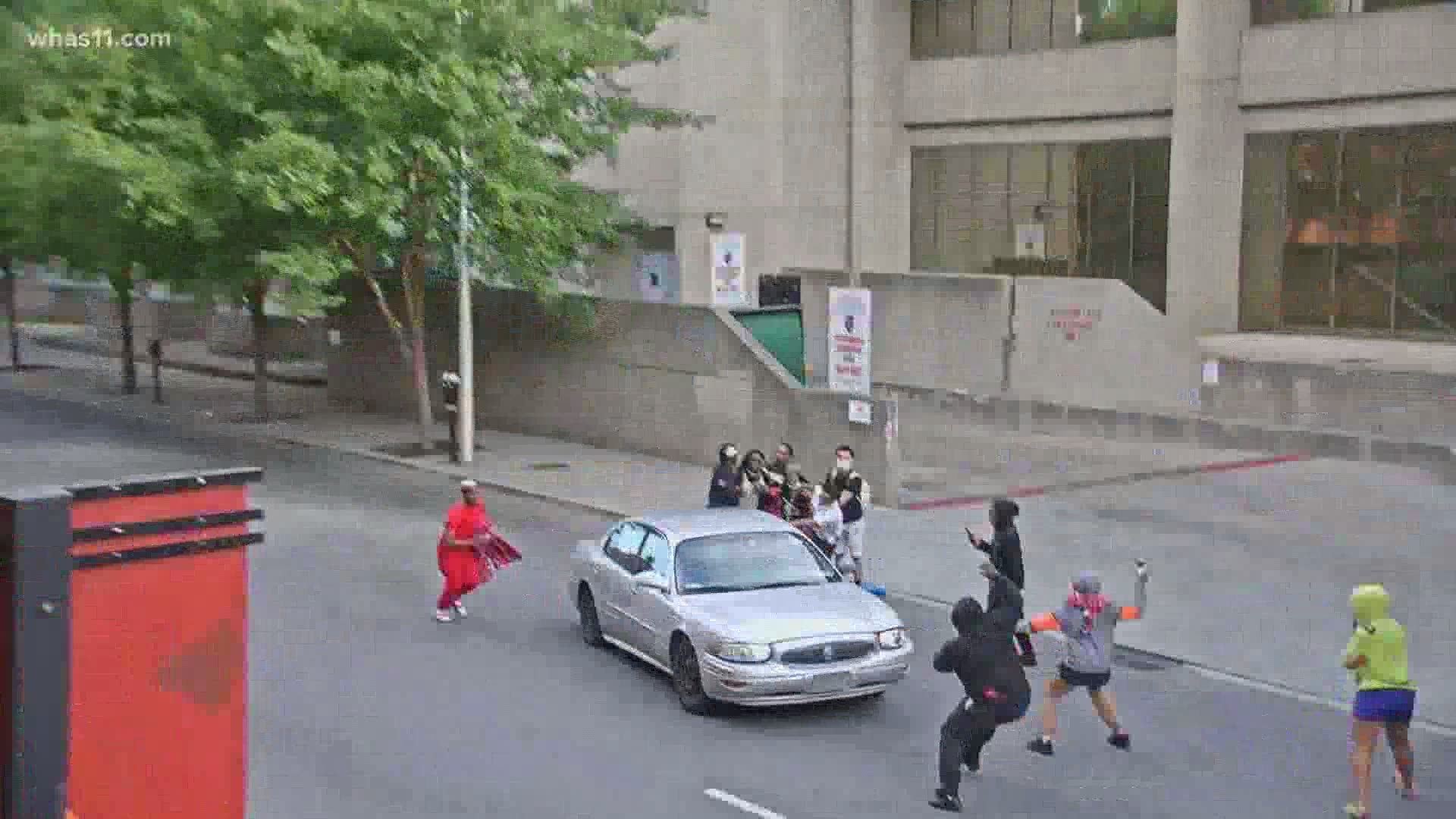 LOUISVILLE, Ky. — For the second time this week, a group of protesters has blocked intersections in downtown Louisville during the morning commute.

Louisville Metro police in riot gear fired pepper balls at those near Metro Corrections and blocked the intersection with their vehicles at around 9 a.m. A WHAS11 photographer at the scene said at least one person was put in handcuffs.

According to LMPD, 17 people were arrested in regards to the events this morning.

When officers tried to intervene to have protesters to stop blocking the streets, they did not comply, police say.

Of the 17 arrests, some of the charges include inciting a riot, disorderly conduct, obstructing a highway, harassment with contact, fleeing and assault, according to LMPD.

The arrests are being processed at this time and police say they confiscated a gun and towed five cars.

Police are also investigating an incident in which a car hit a protester after police say demonstrators engaged with the driver of it.

According to LMPD, as the driver sped off after striking a protester, the car was chased down the street and the driver had a gun pulled on them.