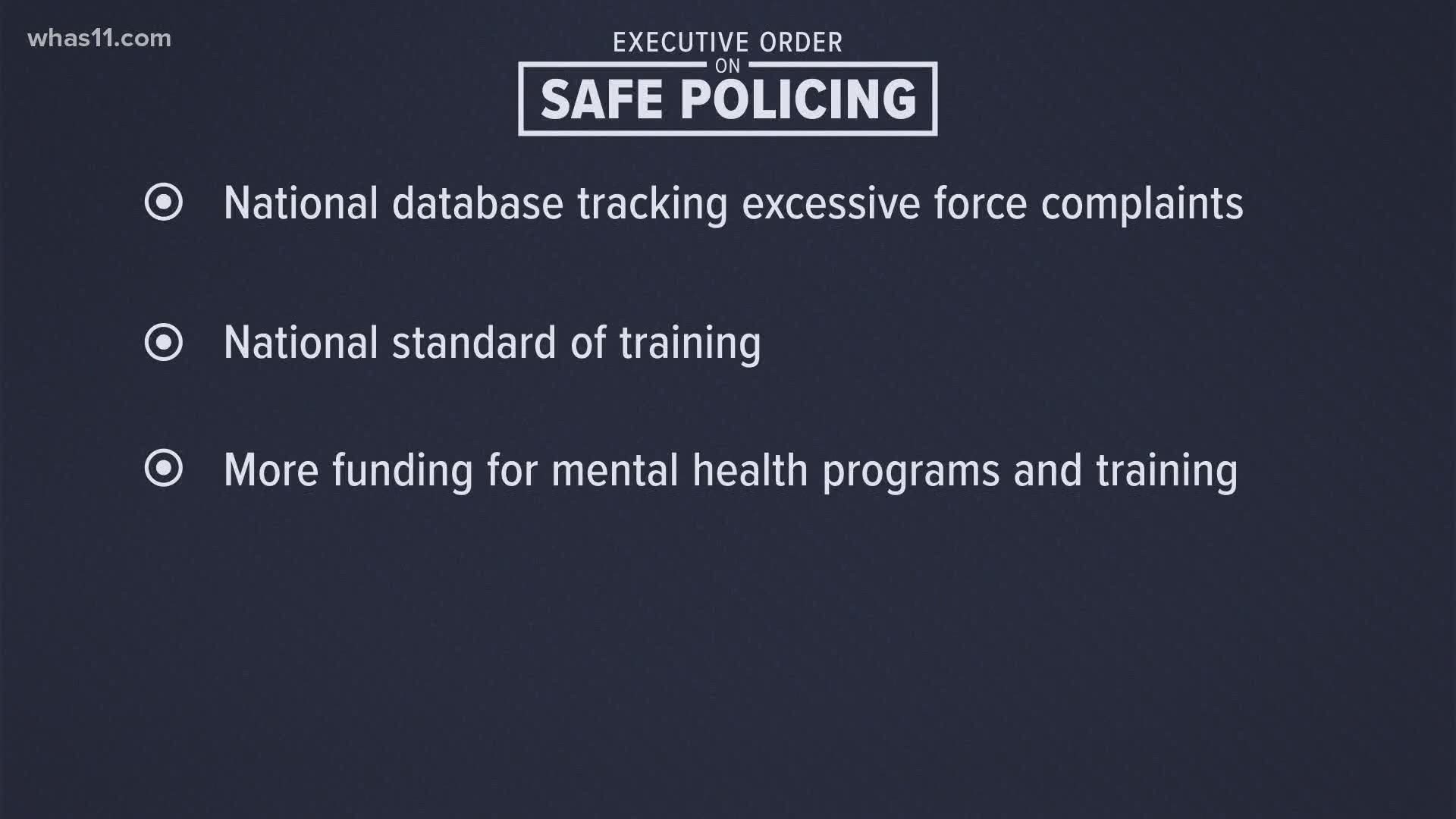 LOUISVILLE, Ky. — With every shovel of dirt, new life is planted at Jefferson Square Park in downtown Louisville.

There’s another seed of change demonstrators are hoping to sow.

Jones has spent the last 20 days protesting police brutality and racism in Louisville and now President Donald Trump has signed an executive order on safe policing.

The executive order would establish a database that tracks police officers with excessive use of force complaints and records, create a national standard of training, add more funding for mental health programs and training and it would ban the use of choke holds unless there's a dire need.

“So he's like, ‘uhhhh I'm sick and tired of you protesters everywhere, so let me sign this law, the choke law to make them calm’ – nah cause it's bigger than this," Jones said.

“We don't train on a choke hold that would not be used other than a deadly force situation anyway,” he said.

The executive order serves as an alternative to defunding police departments across the country. Nichols doesn't want to see that happen here in Louisville.

“I don't think defunding the police in any way, shape or form makes a community safer in any way,” he said.

Jones says he will continue to protest but thinks it will take more than an executive order to bring peace to all.

“We're fighting injustice. We fight for Breonna Taylor, George Floyd, David McAtee, but there's still a war we're fighting amongst each other. Until we fight that war, and that balance, black on black, white on white, however you want to do it, then that's when everything will be good.”

RELATED: VERIFY: No, Hitler didn't call for defunding the police