"It's kinda hard making any payments if no income is coming in." 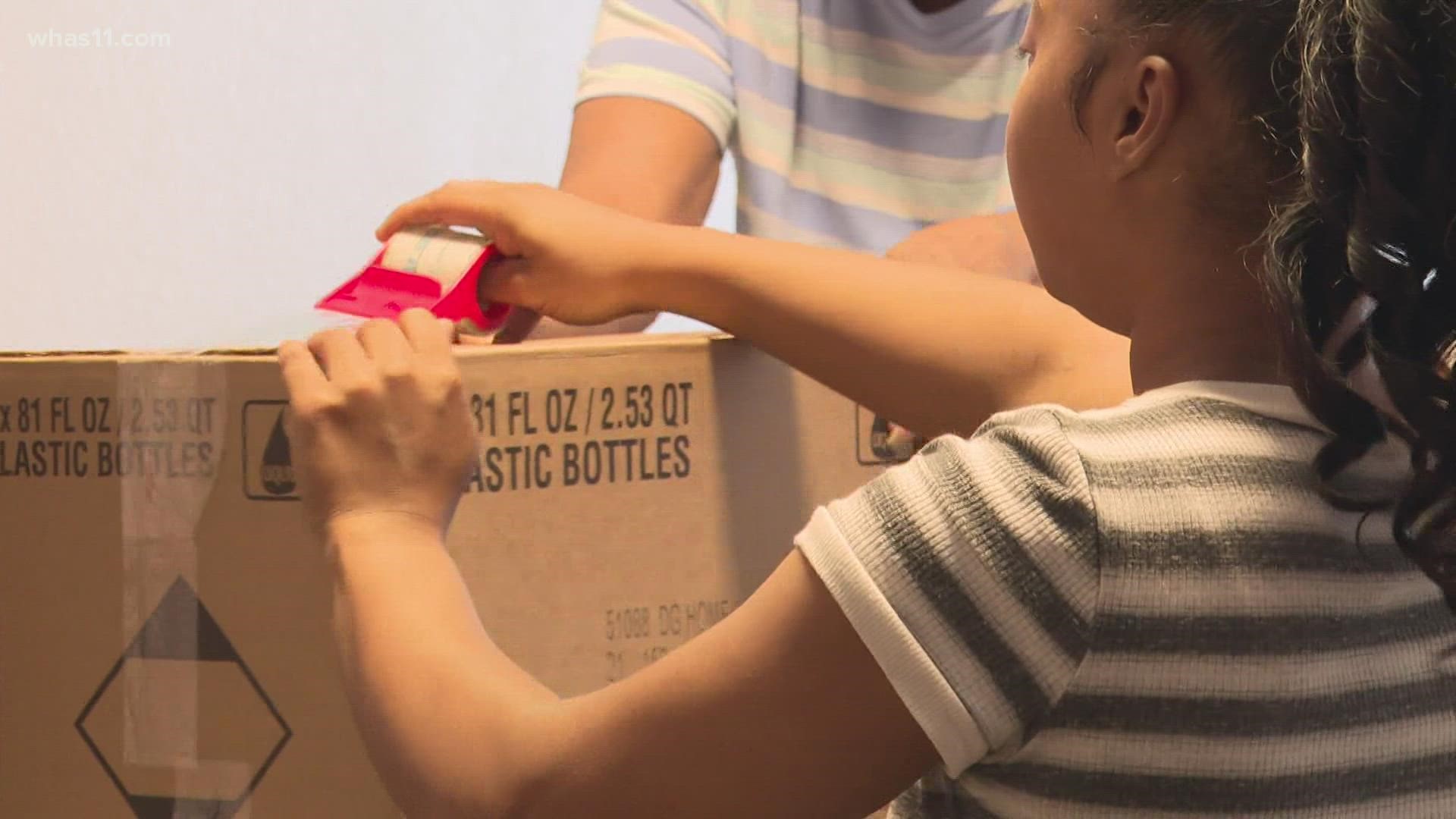 Hundreds if not thousands of people across the country are grappling with what to do next after the eviction moratorium ended over the weekend for renters and those leasing.

Late Tuesday, the Center for Disease Control and Prevention (CDC) issued a new eviction moratorium that will now end on October 3. The new moratorium could help keep millions in their homes as the coronavirus’ delta variant has spread and states have been slow to release federal rental aid.

Here in Louisville, Brittany Taylor is currently packing up her apartment after she was told she was being evicted. Taylor tells WHAS11, She reached out prior to explaining what she was going through to management.

In response to WHAS11 inquiring about Taylor's situation, property managers sent this statement, "We returned the completed agreement with everything filled out except for the signature line as the terms (lease dates/delinquency dates) filled out on the Agreement extended past when her lease expired. "The case worker called our office manager to discuss the details of her agreement, and in the conversation, it was made clear that we couldn't accept payment for a term that was not valid as her lease expired on July 31, 2021, and that she was currently holding over."

"I reached out to management to let them know that financially I was struggling. Kind of back and forth between jobs. They told me just make payments on it when you can."

When Taylor was able to get back to work, she says she asked for a leave of absence for an important surgery, they denied her.

Taylor is in a wheelchair due to a spine injury from a car accident, a family told WHAS11.

"I wanted to focus on this but because of my financial things that I have going on. I was talking to my mom like maybe I should wait and try to financially get myself ok. She was like no you're going to do this. you better go for it."

While recovering, Taylor says she received two notices from her apartment, seven day pay or vacate. With no luck filing for unemployment, Taylor reached out to the Louisville Urban League who approved paying her past and current rent plus three months advance.

"That didn't matter. basically, he told me at this point, I hadn't made any payments. It's kinda hard making any payments if no income is coming in."

During his Monday COVID press conference, Governor Beshear said funds were still available for those in need of rental assistance. "There is no reason for anyone in Kentucky needs to be evicted right now. We have a hundred plus million dollars out there to pay their back rent  and to pay the rent going forward."

RELATED: Eviction moratorium ending for renters, here's how to get help

For some clients, the legal aid society says it's unclear why some will not accept rental assistance.

"Some rents are 17-18 months past due. so that's a lot of money.. so 10's of thousands of dollars. I don't know why a landlord would turn down that assistance," says Stewart Pope Legal Aid Society

RELATED: CDC issues new eviction ban for most of US through Oct. 3