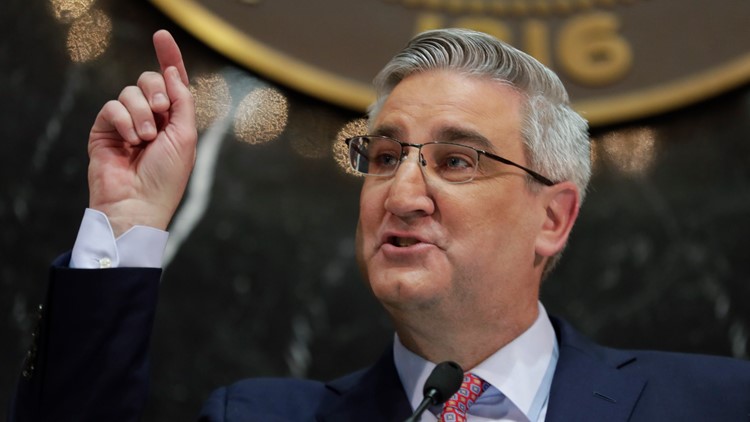 Photo by: AP
Indiana Gov. Eric Holcomb delivers his State of the State address to a joint session of the legislature at the Statehouse in Indianapolis, Tuesday, Jan. 15, 2019. (AP Photo/Michael Conroy)

State Rep. Karlee Macer of Indianapolis had traveled around the state in recent months as she considered entering the governor's race, but announced Tuesday she wouldn't do so.

Business executive Woody Myers is the only declared Democratic candidate so far, while state Sen. Eddie Melton of Gary is considering a bid.

Bevin, Holcomb seats could switch parties in the upcoming election and in 2020, says National Journal