The virus continued to spread Monday, with the state’s tally of cases rising by 273, to 1,786, including 35 people who have died, health officials said. 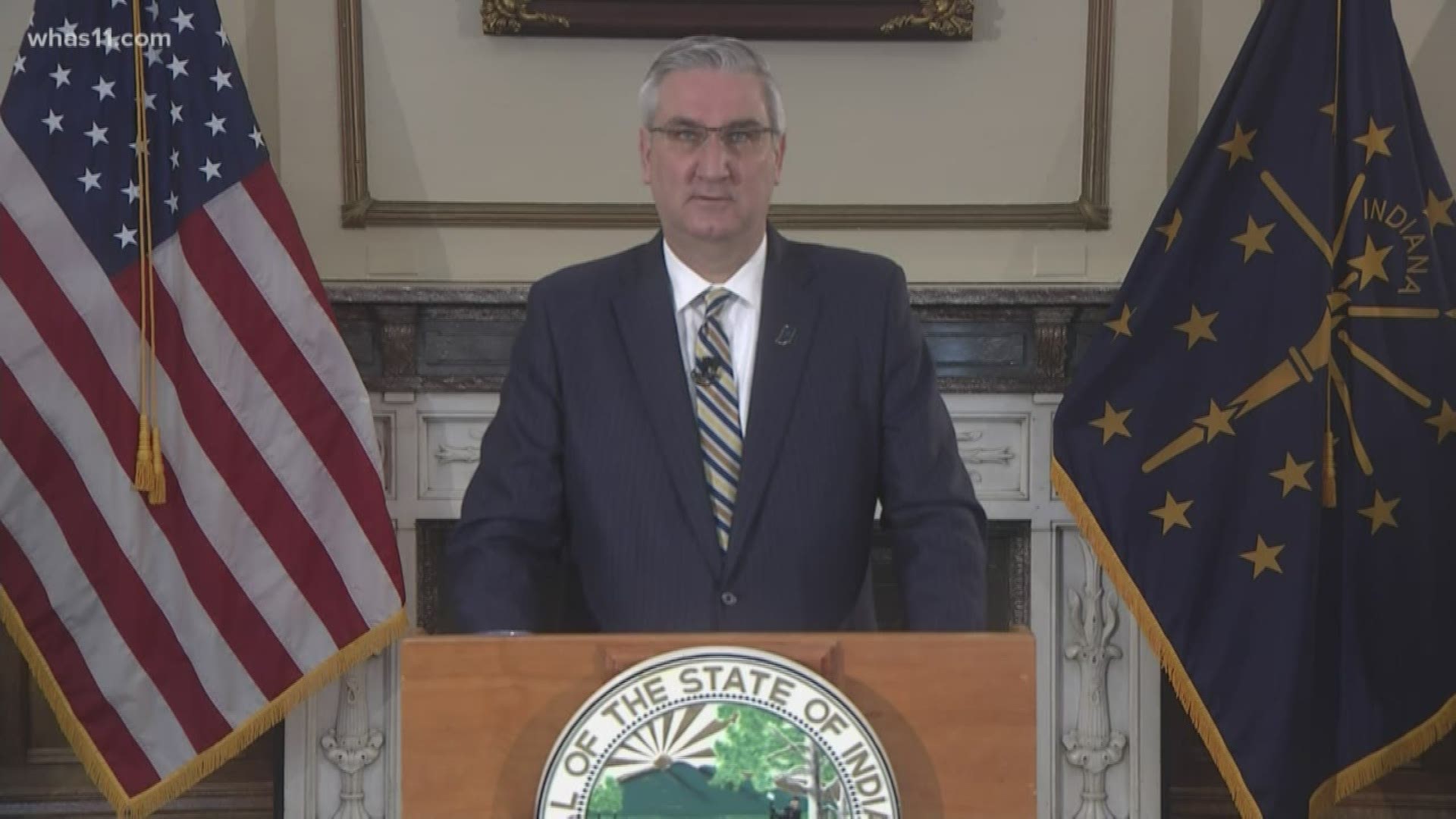 INDIANAPOLIS — INDIANAPOLIS (AP) — Indiana’s finances are taking a major hit from the coronavirus crisis, and it just remains to be seen how big of a hit it will be.

The virus continued to spread Monday, with the state’s tally of cases rising by 273, to 1,786, including 35 people who have died, health officials said.

Unemployment claims have skyrocketed with business and factory closings in the past couple weeks, along with less retail spending expected to mean a sizeable hit to sales tax revenue and a three-month delay in the normal April tax filing deadline will mean less income at a time of heightened public health spending.

Perhaps $1 billion will have to be spent from the state’s $2.3 billion in cash reserves to get through the budget year that ends June 30, Gov. Eric Holcomb said Friday.

The federal coronavirus economic relief package approved by Congress last week dedicated $150 billion for state and local governments, with at least $1.25 billion for the smallest states. Indiana officials haven’t yet said how much they anticipate the state will receive.

Officials had projected that the state would collect nearly $2.2 billion in April, as the biggest revenue month of its anticipated $16.8 billion in revenue for the year.

Office of Management and Budget Director Cristopher Johnston, Holcomb’s top fiscal adviser, said income tax collections in April could be down 50% with the tax filing deadline delayed until July.

Some $50 million a month in gambling taxes won’t be coming in with the state’s casinos shut down. Officials have said they don’t know how much of a decline they’ll see in the roughly $700 million a month the state collects in sales taxes, which is the state government’s largest revenue source.

Indiana’s new unemployment claims skyrocketed to 62,777 during the week that ended March 21, compared to 3,400 claims a week earlier. The state’s jobless numbers will certainly grow when updated figures for last week are released.

Indiana’s unemployment rate was 3.1% for February, but Ball State University economists estimate that the rate could jump to 10% with a 45-day period of social distancing and to 14.5% if virus restrictions last for 90 days.

Either scenario could strain Indiana’s unemployment insurance fund, which stood at nearly $900 million last year. That was far below the $1.8 billion that was recommended by the federal government, according to a legislative report.

The state has been paying out less than $300 million a year in jobless benefits during recent years of low unemployment, while its payments peaked at $1.8 billion for 2009 during the last recession, when state unemployment topped 10% most of the year.

Holcomb has already put on hold plans for spending nearly $300 million from the state’s cash reserves on college campus construction projects, but no other spending cuts have yet been specified.

RELATED: How to file for unemployment insurance, apply for jobs in Kentucky, Indiana