Are Kentucky and Indiana actually 'flattening the curve?' 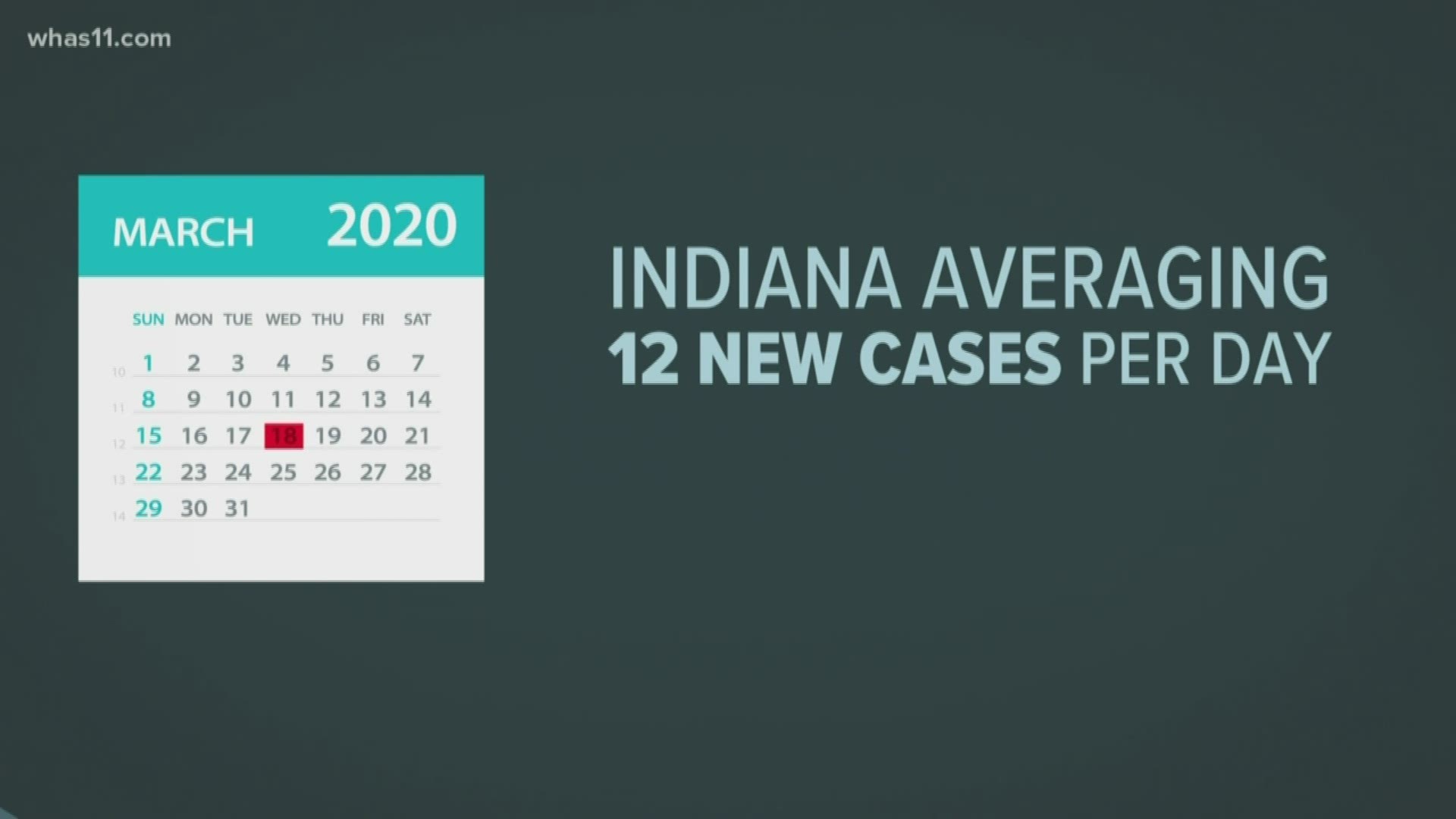 LOUISVILLE, Ky. — "Flatten the curve" is a phrase you’ve probably heard everyday day from state and national leaders, but what does it really mean? Experts use the term "epidemic curve" to show the lifespan of a disease outbreak- noting when it first started in a community, how fast it grew and when it started to die down.

If states can "flatten the curve" it would mean they've slowed the spread of COVID-19, keeping the case load below the healthcare system capacity. If they don't the state risks reaching a point where the critically ill outnumber medical personnel, beds and services needed to save them.

State leaders have not yet detailed where Kentucky and Indiana’s capacities are but we can see where the curves stand now based off of the number of cases and daily increases they have reported.

Indiana Governor Eric Holcomb declared a public health disaster on the same day, when the first positive COVID-19 test was reported in Indiana.

Beshear limited visitors at nursing homes and prisons, he recommended everyone start social distancing and encouraged all businesses to allow employees to work from home.

Holcomb announced non-essential gathering in the state of Indiana should be less than 250 people, limited visitors at nursing homes, suspended visitors at prisons, and encouraged businesses to allow employees to work from home.

Holcomb announced caseloads were increasing by an average of 3 per day, on par with Kentucky.

Beshear closed all Kentucky school and daycares, closed restaurants and bars to in person traffic and asked businesses that cannot uphold social distancing to cease operations including gyms, salons and movie theaters. Kentucky had 35 positive COVID-19 cases and 1 death and on average was seeing about 8 new cases a day.

Holcomb activated the National Guard to assist with virus response, closed bars, nightclubs and restaurants to in person traffic.

At this time, Indiana officials reported 39 cases and the state was averaging 12 new cases a day.

Now, three weeks out from the governors’ first actions and the first reported cases.

The number of cases continues to grow in Kentucky but the new number of cases reported each day, which is what measures “the curve”, is not consistently growing. On March 25, Beshear reported 35 new cases of COVID-19 in Kentucky which was less than the 39 he reported on Tuesday. Beshear called it a good sign, and said social distancing is working in Kentucky communities.

In Indiana, Holcomb reported the largest day-to-day increase yet from March 23 to March 24- reporting 256 cases on March 23 and 365 total cases one day later- meaning the state had 109 new cases reported in a 24 hour period, compared to only 39 new cases reported in Kentucky during the same 24 hour period. In response, the Indiana Governor announced an official stay at home order for the state of Indiana. But in the days after the numbers continued to grow.

Experts say we won’t see Indiana or Kentucky’s complete curves until the virus has worked its way out of the community- something that took 10-12 weeks overseas, and is predicted to take longer in the US. 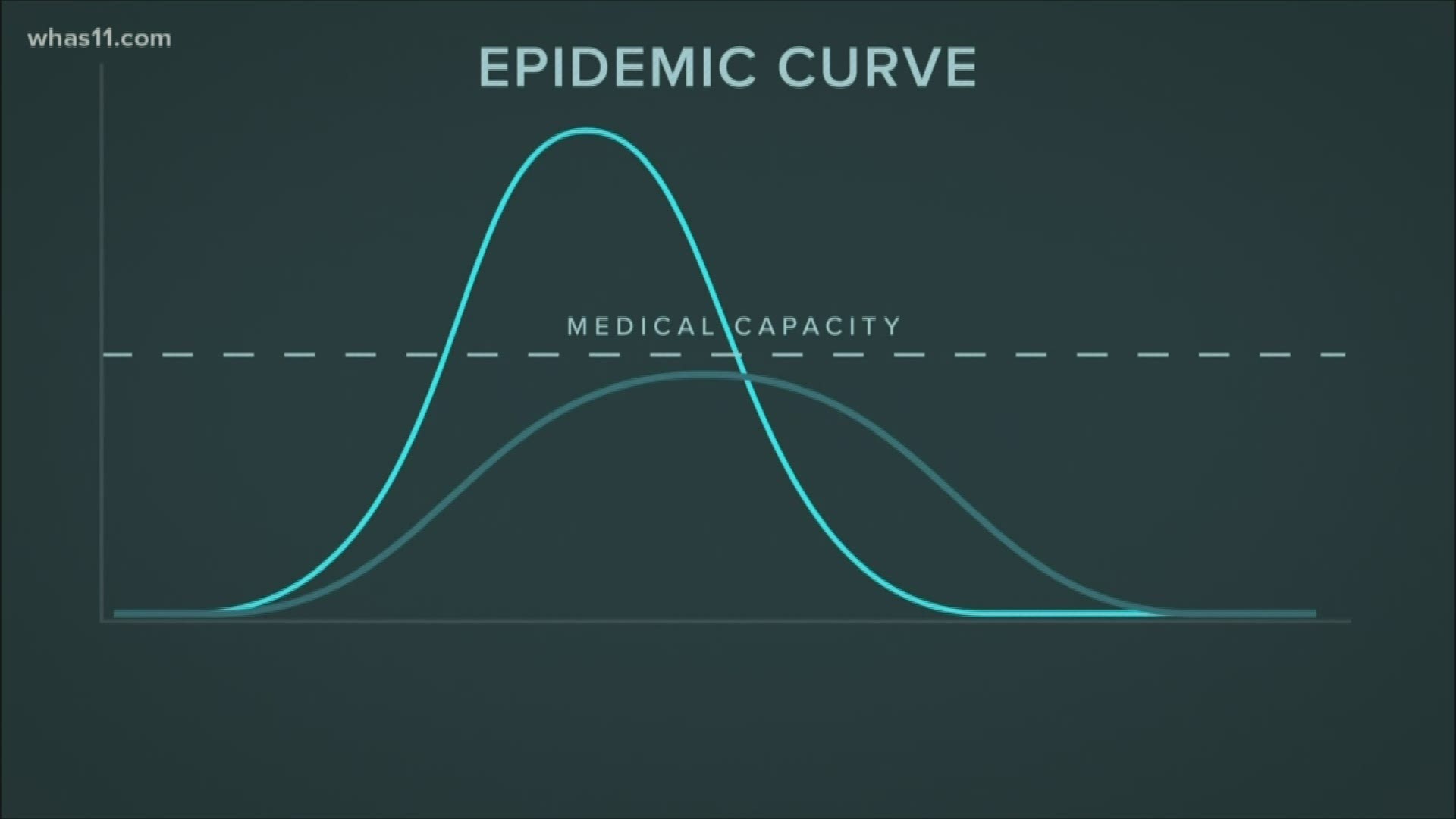