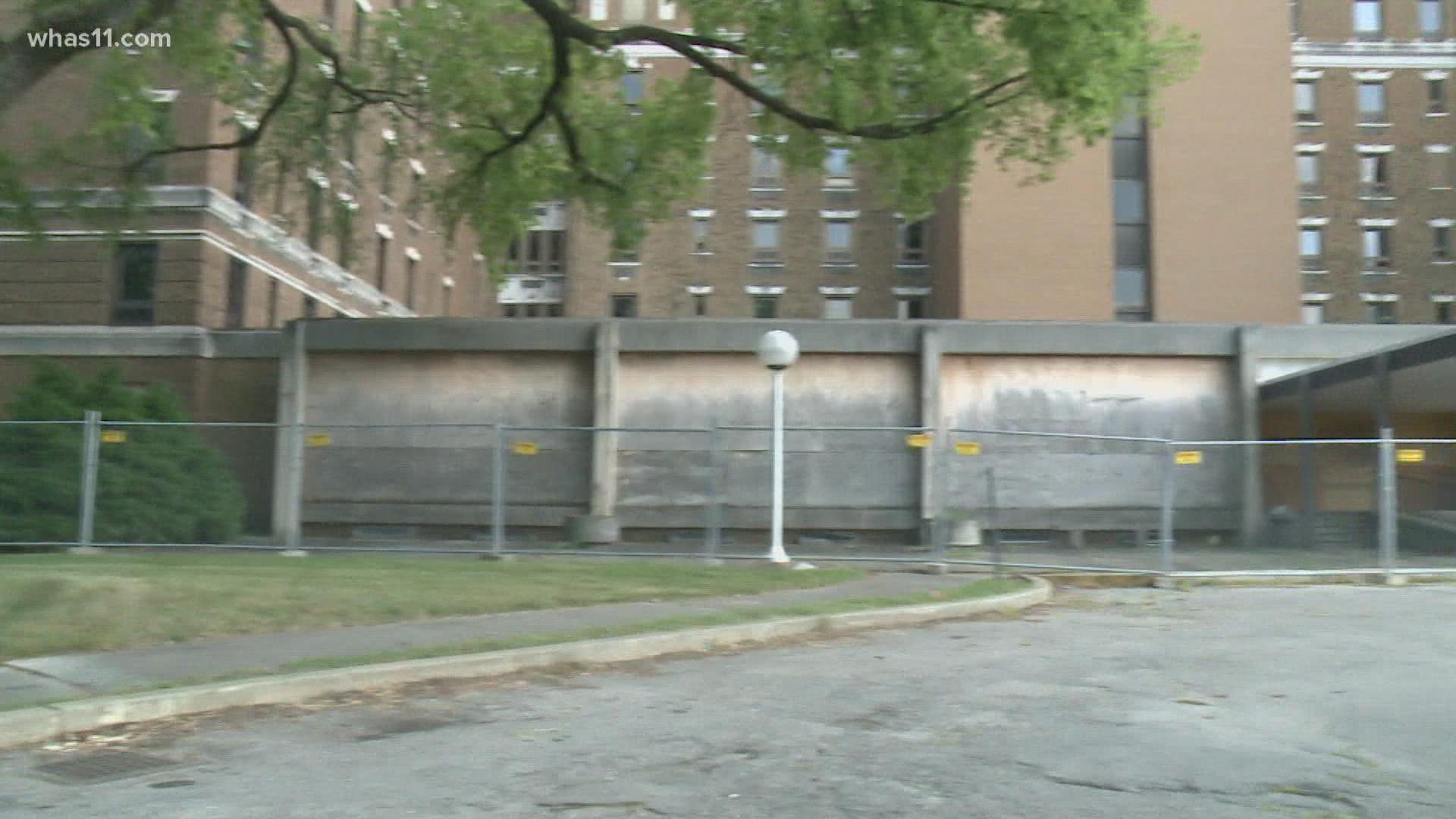 LOUISVILLE, Ky. — A Louisville developer says enough is enough, and it's time to start work on the vacant Urban Government Center, an aging building that was once a major hospital.

The project planned for the Barrett Avenue location has been stalled for months and funding is the problem. Tuesday, developer Stephen Smith called on Louisville Forward to let his team take a swing.

"We're ready to come to the table and start negotiations and solve this issue that's been going on for over a decade,” Smith said.

Smith's group, Paristown Preservation Trust is asking Louisville Forward to abandon its relationship with Underhill Associates in redeveloping the land. Underhill was chosen after an RFP process last November.

The planned $60 million project has been on hold while Jeff Underhill and Louisville Forward bridge a $13 million investment gap.

“I don’t think they ever should have accepted our proposal if they had no plan to fill the public side of the request,” Underhill said. “By the way to refer to it as a gap on our side is total unfair, because what we’re doing is funding $45 million of the gap that the city has to deliver on what they wanted in the RFP.”

Louisville Forward was aware the Underhill proposal would require a city investment. They recommend tax increment financing, saying in a statement talks with Underhill are ongoing.

Underhill though told WHAS the solution is money from the American Rescue Plan.

“When we were selected last November, no one had ever heard of American Rescue Plan,” he said. “We’re absolutely qualified, we’re about affordable housing, senior housing, an urban grocery.”

Earlier this year, Louisville Forward sent a letter saying the project didn't qualify for ARP funds because it was not in a Qualified Census Tract.

Enter Paristown Preservation and Stephen Smith, who say their proposal would stand alone.

"Well over $100 million in private investment. And I'll say it one more time, we require zero allocation from city funds at this point,” Smith said.

"Providing additional government funding creates a completely different opportunity than contemplated by the last RFP or the current proposal accepted by the city,” Musselman said in her speech.

Underhill says he has a clear vision for the site, reusing old buildings and making new housing, community space and gardens. He wants the city to work on a solution they can agree on.