School bus drivers plan to keep voicing their concerns in hopes of change. 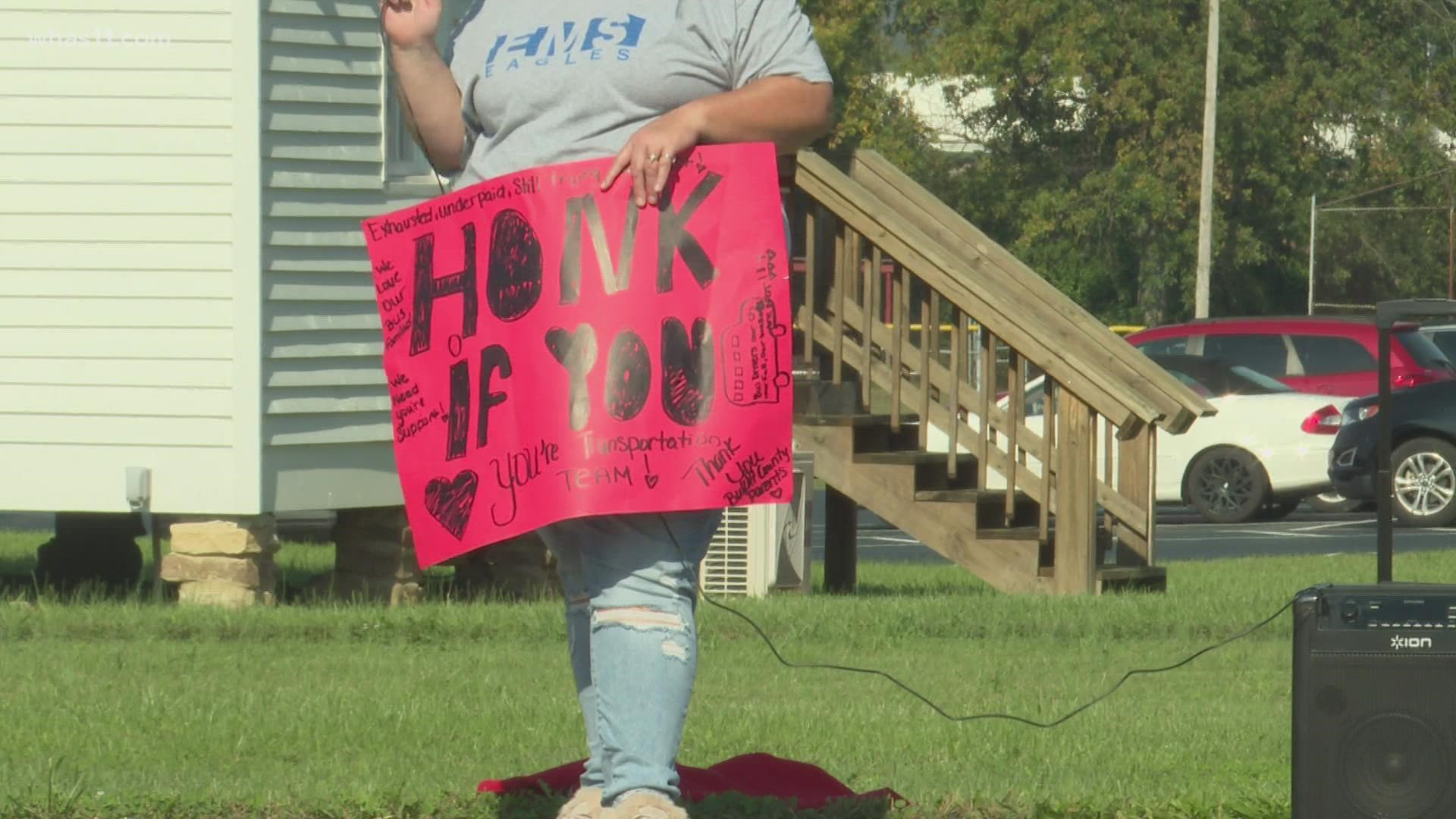 BULLITT COUNTY, Ky. — Bullitt County school board members heard bus driver concerns about their work and pay at a meeting Tuesday night. Like other bus drivers across the country, they want a pay increase.

On Wednesday morning, some of those bus drivers were seen protesting outside the school board building and asking the board to give them what they believe they deserve.

The protest comes after new incentives were approved Tuesday night, giving bus drivers $50 at the end of each week, if they show up for work; and a one-time $500 payment to other employees who would like to be trained substitute drivers.

Despite the incentives, Michelle Crenshaw and other Bullitt county school bus drivers told WHAS11 they are at their breaking point.

RELATED: 'We are doing everything that we can do.' | The Bullitt County bus issue explained

Drivers said they are exhausted and need more to boost morale, especially since the new incentives are conditional.

"If you have COVID, you're out. If they tell you to take on or ask you to take on extra routes - which we're all doing anyway, double and triple routes - but if someone has had enough and they say I don't feel like I can do that today, their $50 is gone," Crenshaw said.

School officials said they hear the complaints, but their hands are tied.

"We want to reward our bus drivers and monitors appropriately," explained Dr. Tom Brillhart, Chief Operating Officer for BCPS. "We want to do it in a way that is sustainable, that is conducive obviously to the conditions that we are facing right now."

As for now, these school bus drivers plan to keep voicing their concerns, in hopes of change.

"That's all we're asking for. we're hoping that they will see that because that is $50 even if it does any good," Crenshaw said. "It's only till the end of this year so what does that mean for us next year? The same exact thing."

Bullitt County school board member Debby Atherton said pay scales for next year's drivers will be a top priority in January when the board comes together to discuss the new budget, with higher hopes in mind.