'We are doing everything that we can do.' | The Bullitt County bus issue explained

As schools struggle to fill their bus routes, the district is asking parents to step up and take their kids to and from school. 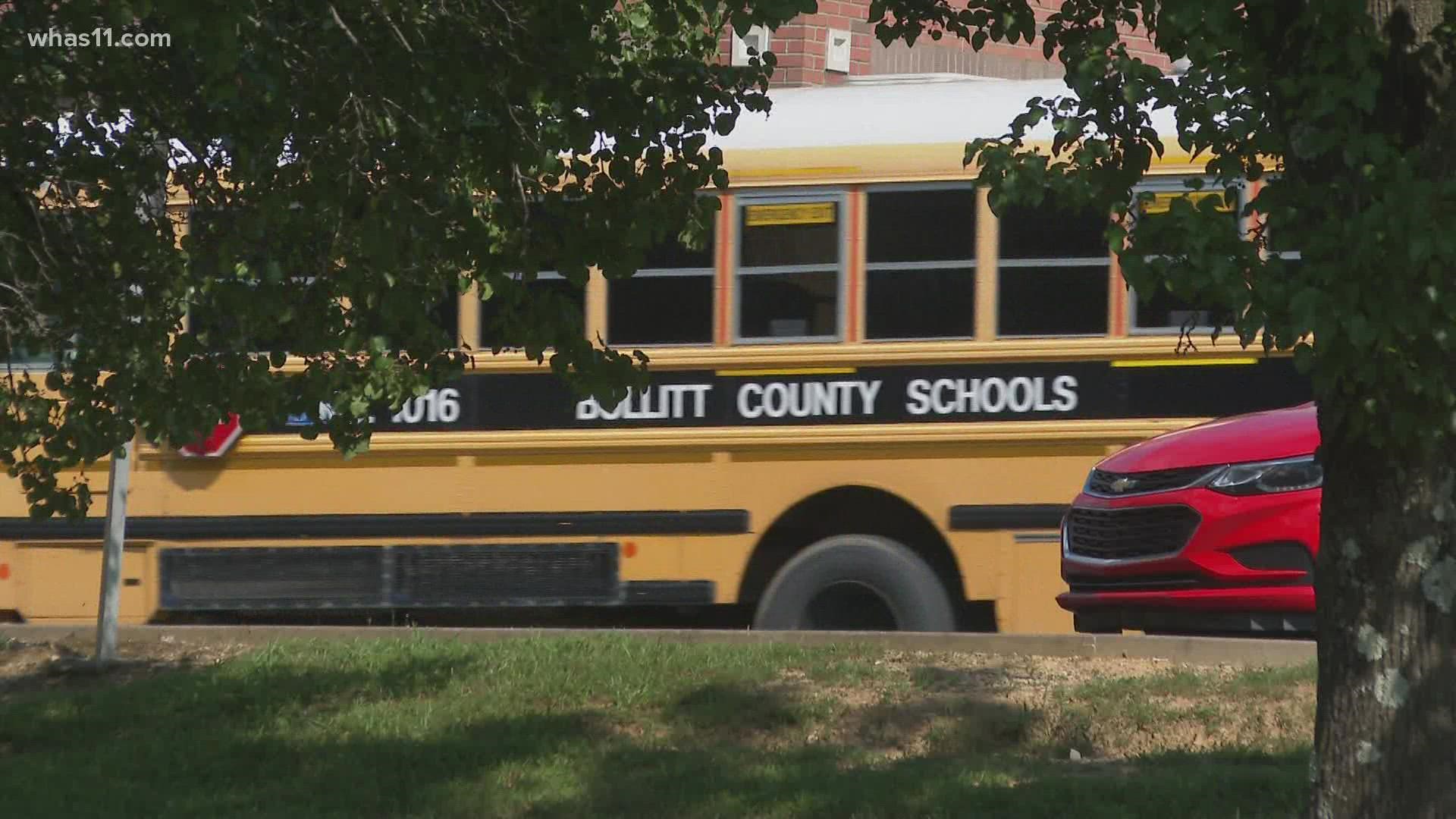 BULLITT COUNTY, Ky. — At Lebanon Junction Elementary school, the line for parents to pick up their kids is longer than ever.

"The last time I was picking her up I was all the way up that hill there," Jovel Rice said, pointing around the corner from the school parking lot. "It took forever."

Monday was one of the first times she picked up her 5th grade daughter from school, normally she relies on the bus.

Late last week, the district posted to Facebook that buses will be running late.

"Friday was the first day and then now today," Chelsea Dewitt said, while picking up her 9-year-old son.

She's on the third shift at UPS and now has to wake up early to make sure her 9-year-old son is home before she leaves for work. "Now I'm having to get up earlier and be here within an hour or you're all the way at the end of the line. And you're here for another hour and a half," she said.

And then there are the rumors: Facebook comments saying drivers are quitting to collect unemployment and that no one is applying for the jobs.

"Let me correct a rumor firstly, that we've had a lot of people quit," said Interim Transportation Director David Phelps. He said the route issue is a significant number of medical absences among bus drivers. He explained, "We had 22 drivers out today with medical issues."

Out of about a hundred drivers, that's a large chunk. Phelps said about half of those people are out because of COVID-19 and quarantining.

So, bus drivers like Bob Sageser are picking up extra routes.

"We are going to get them there," Bob said. "They may be hot, they may be a little extra hungry but we are trying the hardest we can try, we are doing everything that we can do."

There's hope in sight, Phelps said drivers will be returning from their absences later this week and into next week. And, they've already had five people apply for open positions.