Some bus drivers who spoke at Tuesday's board meeting said the incentives don't make up for insufficient salaries. 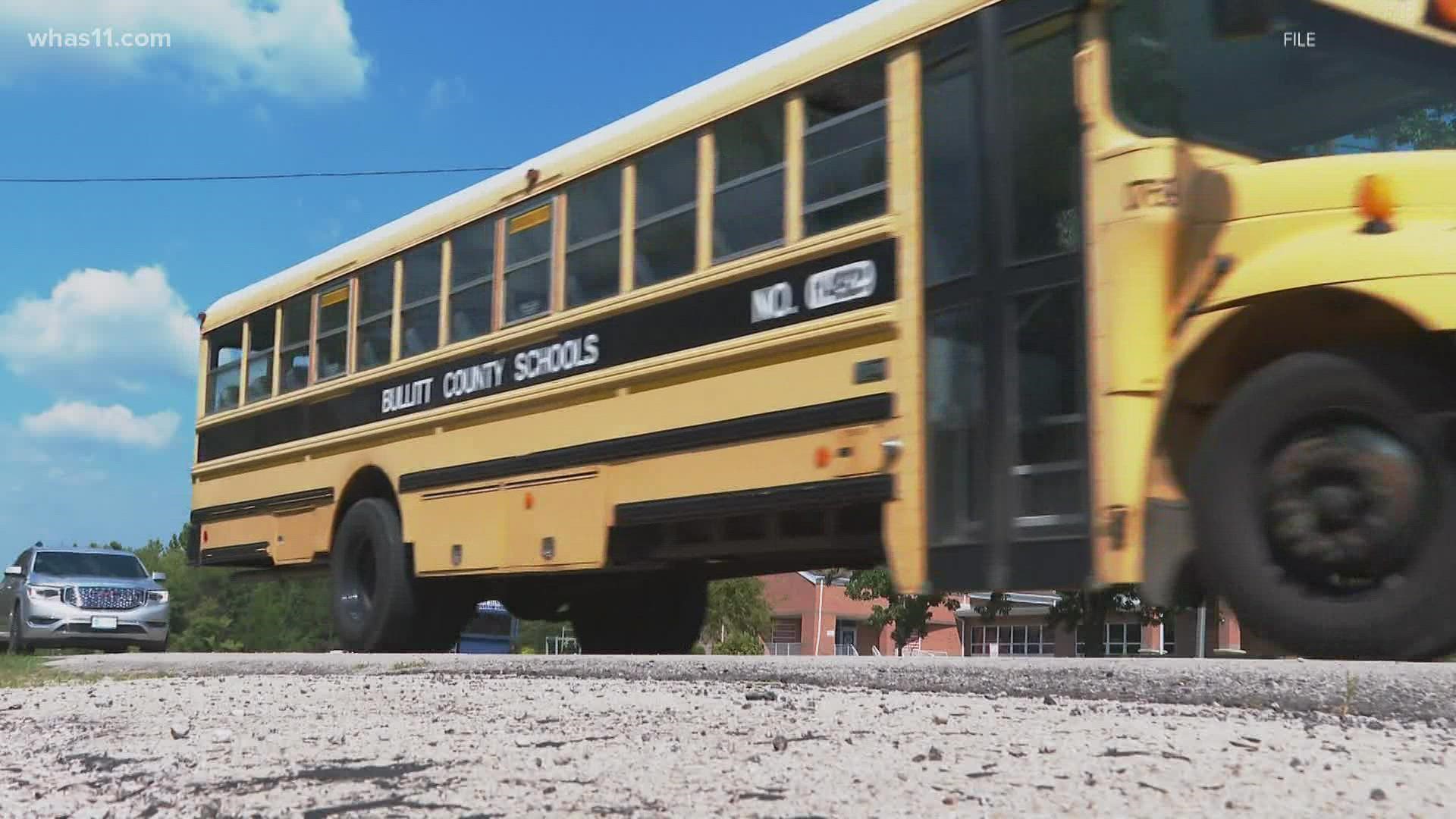 School bus drivers in Bullitt County say they aren't being properly paid for the work they're doing during the pandemic, even after the school board approved new incentives hoping to keep them on the job.

A handful of drivers who spoke at Tuesday's board meeting said they feel underappreciated, underpaid and overwhelmed.

"We are making between $17,000 and $19,000 a year. Ya'll heard that right. That is not a livable wage for a grown adult," said BCPS Bus Driver Nichole Marshall, pointing out that drivers pay for their own CDL licenses and background checks, while keeping a clean driving record.

Drivers talked about pulling double and triple routes with close to 70 kids on board, meaning they're on the road all day long, with little to no breaks, transporting students - and dealing with impatient parents. Many are taking on extra shifts to cover sick leave for COVID, during a time where bus drivers are already short-staffed.

Plus, they are dealing with the added stresses and responsibilities brought on by the pandemic like contact tracing, extra cleaning measures, and mask enforcement.

Nichole Marshall was last to speak during the meeting, citing the additional training and steps drivers must take when they get hired.

"You're in here for over two months training before you even get paid for this job. That's ridiculous," said Marshall. "That's why we're not getting anybody to come. They come for two days and realize, there ain't no money in it."

Marshall said the salaries drivers are receiving don't match up to the importance of the job they're being asked to do.

Credit: BCPS
BCPS bus driver Michelle Crenshaw talks the stresses on the job, while getting paid little for it.

Other drivers also spoke at Tuesday's meeting, asking the board to make changes.

"We're asking you to please help us out," said driver Michelle Crenshaw. "There are kids making more flipping burgers than us. And we're supposed to be professionals - treat us like we're professionals. We're making $600 every two weeks if we're lucky and that's somebody that doesn't have insurance pulled from it."

In response to their pleas, the Bullitt County School Board approved two new incentives Tuesday night.

The first is for current bus drivers and monitors: Starting October 12, they can earn a $50 stipend every week for the rest of the school year to keep doing the job they're doing.

Secondly, any current Bullitt County School employee who gets a limited CDL license to help as a substitute driver can earn a one-time stipend of $500 if they fill in for 60 days before the end of the year.

"Give $500 to the people who already have their CDL, who're ready to leave. We're ready to leave," said Marshall. "If something doesn't happen by the end of fall break, you may not have enough drivers to drive them to school."

The funding for the added stipends would be covered through the general fund. Board member Debby Atherton said pay scales for next year's drivers will be a top priority in January when the board comes together to discuss the new budget, with higher hopes in mind.

She reminded Tuesday's crowd and those on a BCPS Bus Driver Facebook page both she and board member Linda Belcher are both former Directors of Transportation.

"When people are sitting there saying, we don't care, you're wrong. We care very deeply about you because you transport our kids, and those are those most important things on those buses beside you and our monitors," Belcher said.