Guardians of Rescue called the conditions the animals were living in "horrid." They described a property infested with rats and many deceased animals. 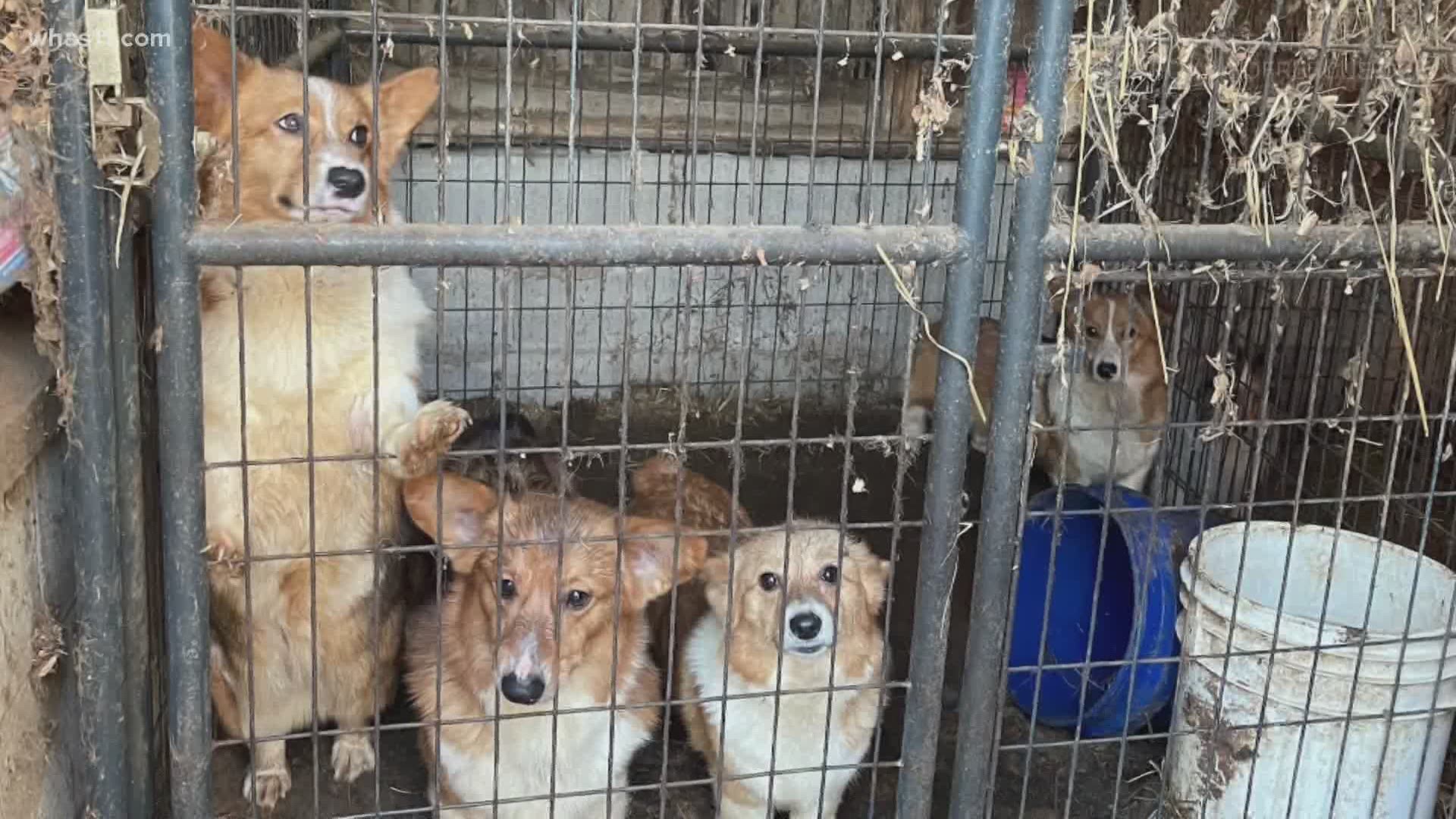 ADAIR COUNTY, Ky. — A Kentucky woman is facing animal cruelty charges after about 300 animals –dead and alive—were discovered at an alleged puppy mill in Adair County.

A total of 141 animals were seized from the property by the Adair County Sheriff on March 24.

Debra Remmers, 65 is facing 141 counts of cruelty to animals in the case.

Guardians of Rescue, a non-profit organization dedicated to protecting the well-being of animals, said they were tipped off by a groomer who noticed a dog in deplorable condition. They said the tip eventually led them to a property in Adair County where hundreds of animals were locked in cages and living in filth.

The Adair County Sheriff launched an investigation into the alleged puppy mill and executed a search warrant at the residence off of Johnny Harvey Rd. with the help of Guardians of Rescue. The sheriff's office said they found probable cause to seize 141 animals from the property - including 132 dogs and nine cats.

Guardians of Rescue called the conditions the animals were living in "horrid." They described a property infested with rats, cages rusted shut, animals in tight spaces, fecal matter matted into the animals' fur and many deceased animals on the property.

"The smallest kennel room was probably the worst. We opened the door and right in the middle of the floor was a dead dog. That dog could've been there for several days. It was obviously very hot in there," James Houchins of Guardians of Rescue in Kentucky said.

"We're lifting up these dog houses to make sure there isn't dogs underneath and we're finding literal skulls from dogs, rib cages, leg bones," said another volunteer, who goes by K.B.

Multiple breeds of dogs in every size were found on the property. Many of the female dogs found were pregnant and some were actively giving birth during the seizure, according to Guardians of Rescue.

"The ones that did have water, they had rats floating in it. Others did not have any water and they had been like that for several days. These dogs were severely dehydrated," Houchins said.

The animals were surrendered to Guardians of Rescue who will oversee their care until they can eventually be adopted into loving homes.