Exclusive: Breonna Taylor family attorney calls on FBI to 'give Breonna a voice'

"We are asking the FBI to make sure that they give Breonna a voice. The voice that Daniel Cameron did not give her in that grand jury proceeding,” Crump said. 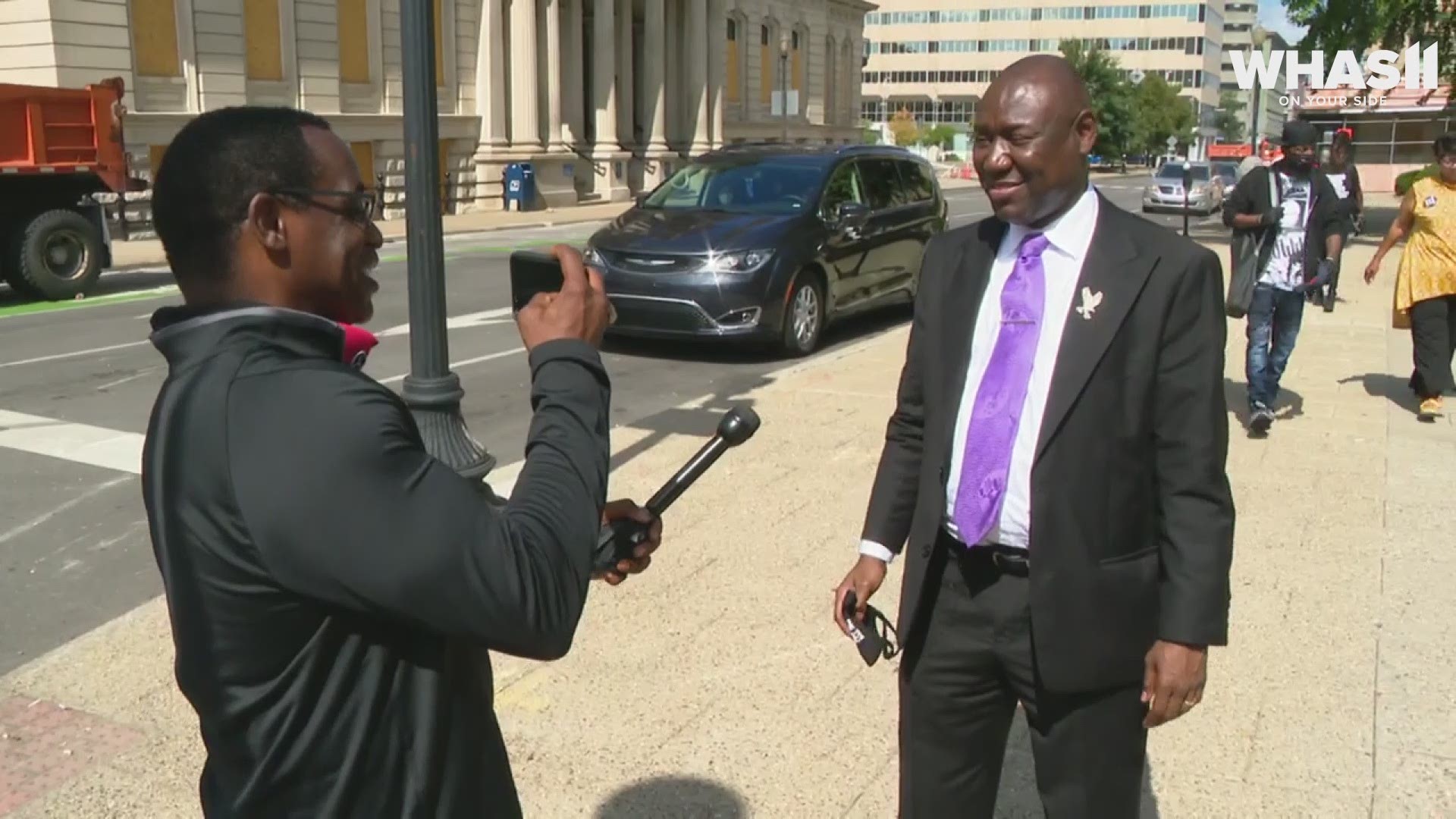 LOUISVILLE, Ky. — During a Friday morning news conference Civil Rights Attorney Ben Crump, who represents the family of Breonna Taylor, made it clear the family deserves to know what went on behind closed doors with the grand jury.

“What we’re asking is for the transcript to be released of the grand jury proceedings so we can see what evidence Kentucky Attorney General Daniel Cameron presented to the grand jury,” Crump said in an exclusive one-on-one interview with WTHR's Steve Jefferson.

Out of the three officers involved the March shooting death of Breonna Taylor during a botched drug raid, the grand jury charged officer Brett Hankison with wanton endangerment of Taylor's neighbors.

Crump is also concerned about court documents that claimed drugs were mailed to Taylor's home. Crump said that is false and wants the FBI to investigate the claims.

“Per the United States Postal Inspector, who said that that was not the case. And so, they can investigate that for one and many other aspects. So, right now, we are asking the FBI to make sure that they give Breonna a voice. The voice that Daniel Cameron did not give her in that grand jury proceeding,” Crump said.

Although Cameron insists grand jury proceeding details should not be made public, Crump and the Taylor family have questions about the options set before jurors.

“If they didn't send certain charges then they that means they’ve never been considered for those charges. So, we'll see,” Crump said.

Watch the exclusive interview below: