Former Kentucky Attorney General Chris Gorman said some parts of the proceedings, like the racial makeup of the grand jury, can be released. 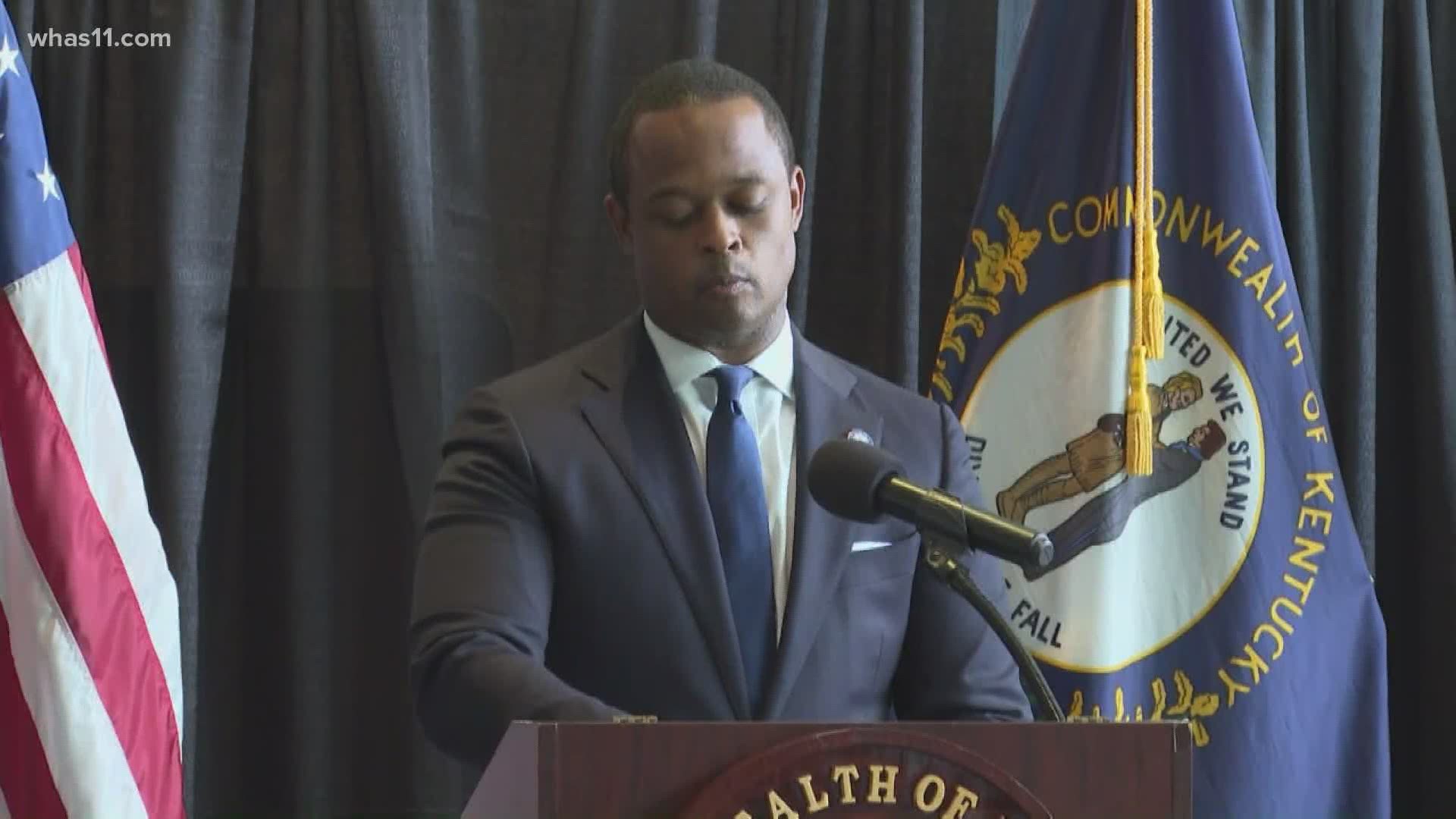 LOUISVILLE, Ky. — In his announcement Wednesday, Attorney General Daniel Cameron did not disclose what was discussed behind closed doors to the grand jury in the case of Breonna Taylor's death.

Cameron specifically wouldn't say whether or not he, or his prosecutors, ever recommended any other charges for former Det. Brett Hankison or the other two officers involved in Breonna Taylor's death.

"In my experience as grand jury liaison for three years, I know every charge you present to the grand jury is going to show up in the indictment itself. So when I heard only wanton endangerment, that told me that those were the only three charges that were presented," Joan "Toni" Stringer said Thursday.

Stringer, former district court judge and legal advisor to the grand jury, said if other charges had been presented, they would have been reported in the indictment as "true bill" or "no true bill."

"Every prosecutor who's worked in a grand jury knows when you have charges you want the grand jury to consider you make recommendations as to whether or not you believe they should act one way or another on those charges," Stringer said.

"I am not shocked by the result that came out, but I do believe that the charges could have been and should have been presented."

"The old saying is you can indict a ham sandwich if the prosecutor wants to," Gorman said.

"That's basically true because 99% of the time any advice that the grand jury is given by the prosecutor, who is the only person in the room with them, they're going to follow," Stronger added.

Gorman, who served as Kentucky Attorney General from 1992 to 1996, said grand juries "normally do what the prosecutor asks them to do" and agreed with Stringer, who said other charges may not have been presented to the grand jury by Cameron's prosecutors.

"My educated guess is that they were not presented but I don't know," Gorman said. "I think that's possible. I'm not going to say it's 100%. I think it's very possible and I think that should be cleared up."

Gorman says it's still possible Cameron's prosecutors did present other charges, but he said some information shared in secret with the grand jury can now be released to the public.

"My belief is that you ought to reveal everything you can reveal without affecting the integrity of the grand jury process," Gorman said.

Many proceedings do need to stay secret so as not to taint a potential jury for the ongoing FBI investigation into the case. However, Gorman said things like the FBI ballistics report and the racial makeup of the grand jury can be legally released.

In his announcement Wednesday, Attorney General Daniel Cameron said he would not release any other information about the grand jury or the reports presented to them.