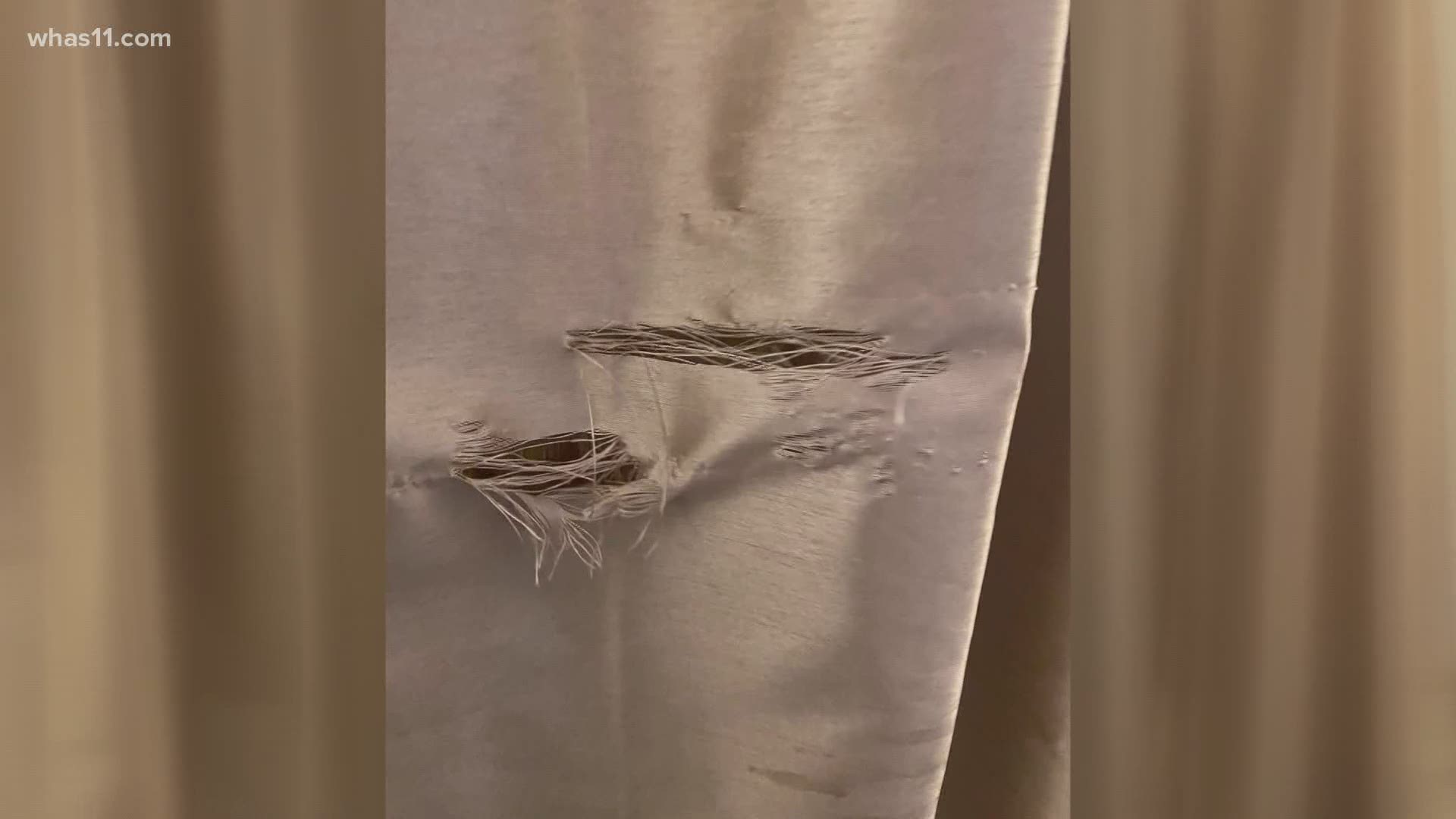 LOUISVILLE, Ky. — Kentucky Attorney General Daniel Cameron said he is still waiting for the results of ballistics test from the FBI in the Breonna Taylor case.

The testing would involve the weapons and bullets fired that early spring night.

The clock on the wall inside Taylor’s apartment has a bullet hole in it. Throughout the apartment, the hail of gunfire shows items damaged from a box of Pop-Tarts to pots and pans in the kitchen and furniture.

Each bullet that struck a wall was measured for size.

After the shooting, Sergeant Jon Mattingly said he fired a total of six rounds. Myles Cosgrove also fired shots from inside the apartment. Brett Hankison blindly fired 10 rounds from outside, through the patio door, according to his termination letter.

In June, the attorney for Officer Brett Hankison called his firing a cowardly, political act.

He said Hankison did not fire blindly, but instead acted in quick response to gunfire directed at himself and the officers.

The attorney said if ballistics tests supported that any of Hankison’s rounds had hit Taylor, that fact would have been included in the allegations against him.