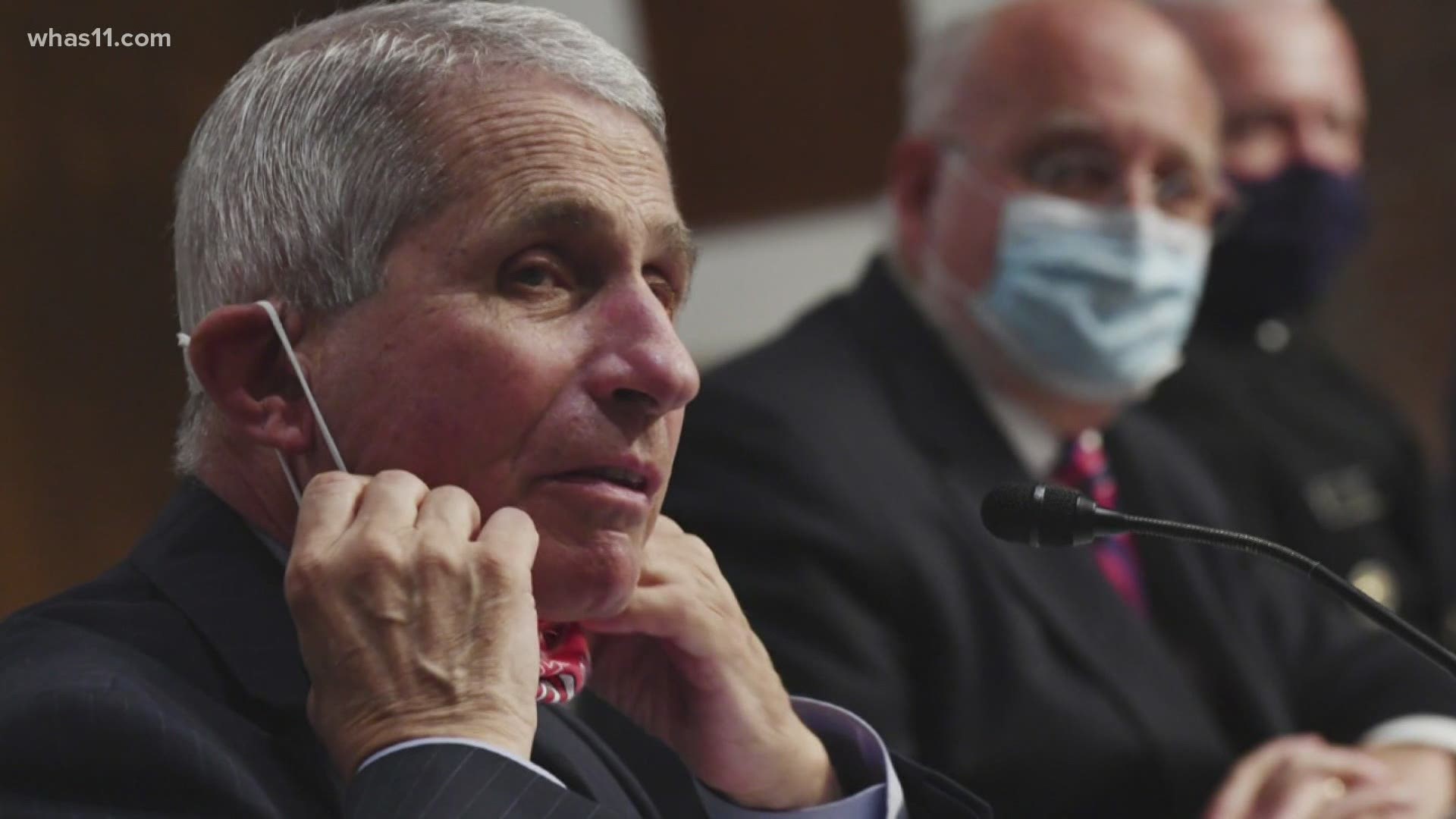 LOUISVILLE, Ky. — Dr. Anthony Fauci said Kentucky and Indiana are showing early signs of a much bigger outbreak, warning that the states need to get the virus under control.

In an Instagram live with ABC News, the nation's top infectious disease expert said Kentucky, Indiana, Ohio and Tennessee are all seeing an increase in percent positives — the percentage of total COVID-19 tests with positive results.

"Ohio, Tennessee, Kentucky and Indiana are starting to show that very subtle increase in percent positives among the total tested," Fauci said, "which is a surefire hint that you may be getting into the same sort of trouble with those states that the southern states got into trouble with."

Fauci said he and Dr. Deborah Birx called the governors of states they believed needed to push masks or discourage crowds Tuesday.

In the past three weeks, Kentucky Gov. Andy Beshear has signed a executive order requiring masks, closed bars and lowered indoor restaurant capacity to 25%. Gov. Eric Holcomb announced Wednesday that Indiana will remain in Stage 4.5 until at least Aug. 27.