The legal showdown has been expected since the state’s Republican-dominated legislature passed the measure — House Bill 563 — over Gov. Andy Beshear’s veto. 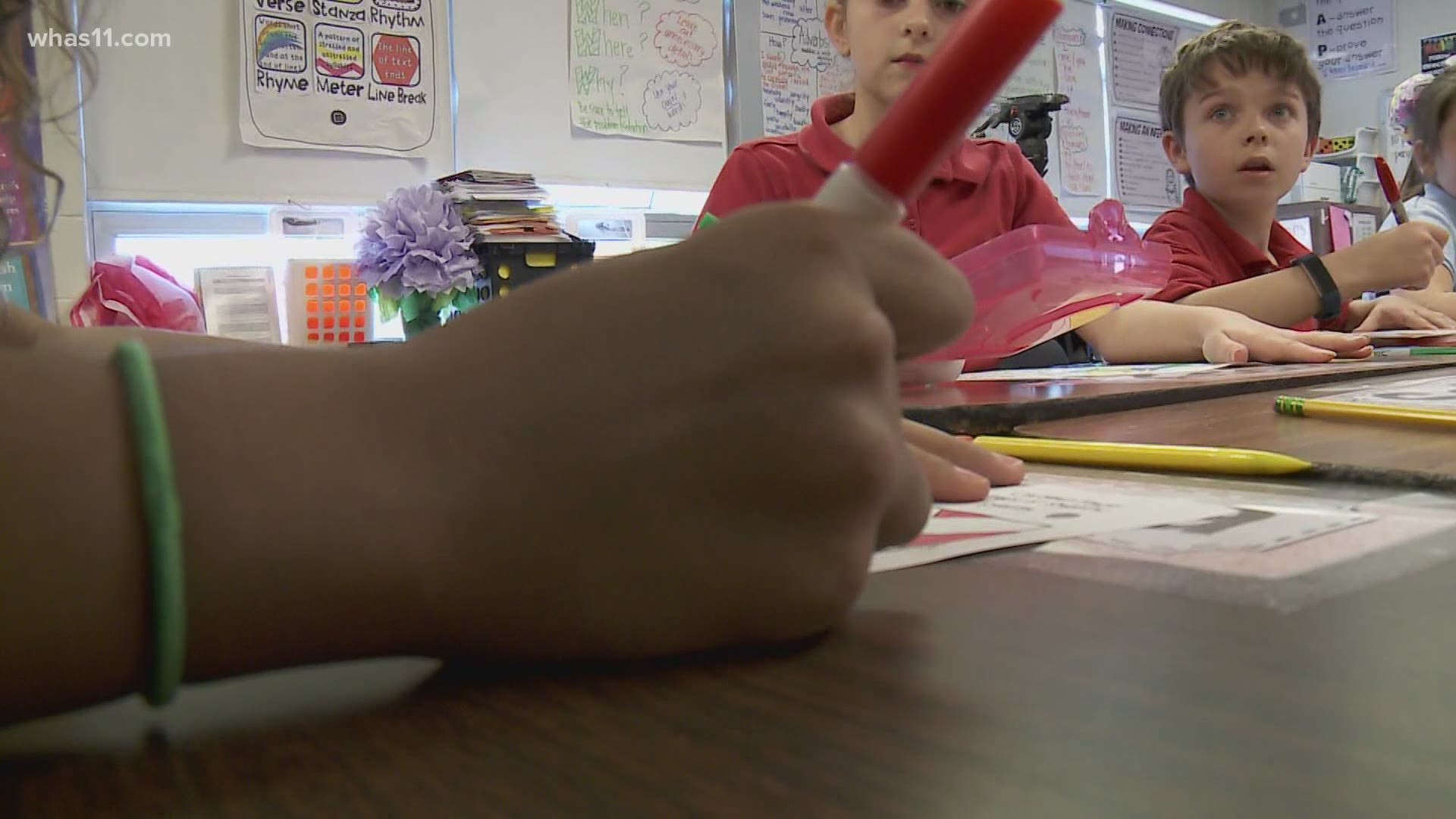 The legal showdown has been expected since the state’s Republican-dominated legislature passed the measure — House Bill 563 — over Democratic Gov. Andy Beshear’s veto in March.

The lawsuit was filed in Franklin County Circuit Court by the Council for Better Education. The same group sued over inequities in Kentucky school funding more than 30 years ago. That case led to passage of the landmark Kentucky Education Reform Act.

The group’s new legal action focuses on a key part of the new law creating a form of scholarship tax credits — referred to by advocates as education opportunity accounts. The lawsuit calls it a “diversion of public revenues to private schools” and asks that it be struck down.

“To avoid the plain constitutional prohibition against the public funding of unaccountable private schools through direct expenditures, the General Assembly concocted a complicated tax credit scheme to move state revenue through a private grant program,” the suit said.

“But both the aim and the result are the same: Under the Voucher Program, state expenditures will impermissibly fund private schools,” it added.

Under the new law, private donors backing the accounts would be eligible for tax credits. The grants, managed by third-party groups, could be used for an array of educational expenses — including private school tuition in several of the state’s most populated counties.

Opponents warn the tax credits will cost the state treasury up to $25 million a year — money they say could go for public education. Supporters say the measure offers opportunities for parents who want new schooling options for their children but are unable to afford them.

The lawsuit asks that a judge block state revenue officials from implementing the tax credit program and to strike down those provisions.

Weeks ago, Beshear had predicted that an override of his veto would trigger a court challenge. Beshear, a former state attorney general, cited a constitutional provision that he said “requires public dollars to be spent on public schools.”

Supporters of the measure said it would open new opportunities for parents now unable to afford other educational choices for their children.

“We owe the low-income people a choice to make that they don’t have today,” Republican Rep. Jerry T. Miller said during a House debate. “Those that cannot afford it deserve a choice.”

The Council for Better Education said the tax credits would divert money from public schools.

“Every student, no matter what he looks like or where she lives, deserves access to a high-quality public education,” the group said in a news release. “Spending money on voucher programs means denying students the opportunities they deserve in their neighborhood public schools because vouchers steal away scarce funding from public schools and give it to private schools that have no accountability or transparency.”

Joining the CBE as plaintiffs in the suit are Frankfort Independent and Warren County schools, plus three individuals. The Kentucky Finance Cabinet and the Kentucky Department of Revenue are named as the defendants.