Supporters of Kentucky's controversial school choice bill met to discuss next steps as they await for the legislation to become law this summer. 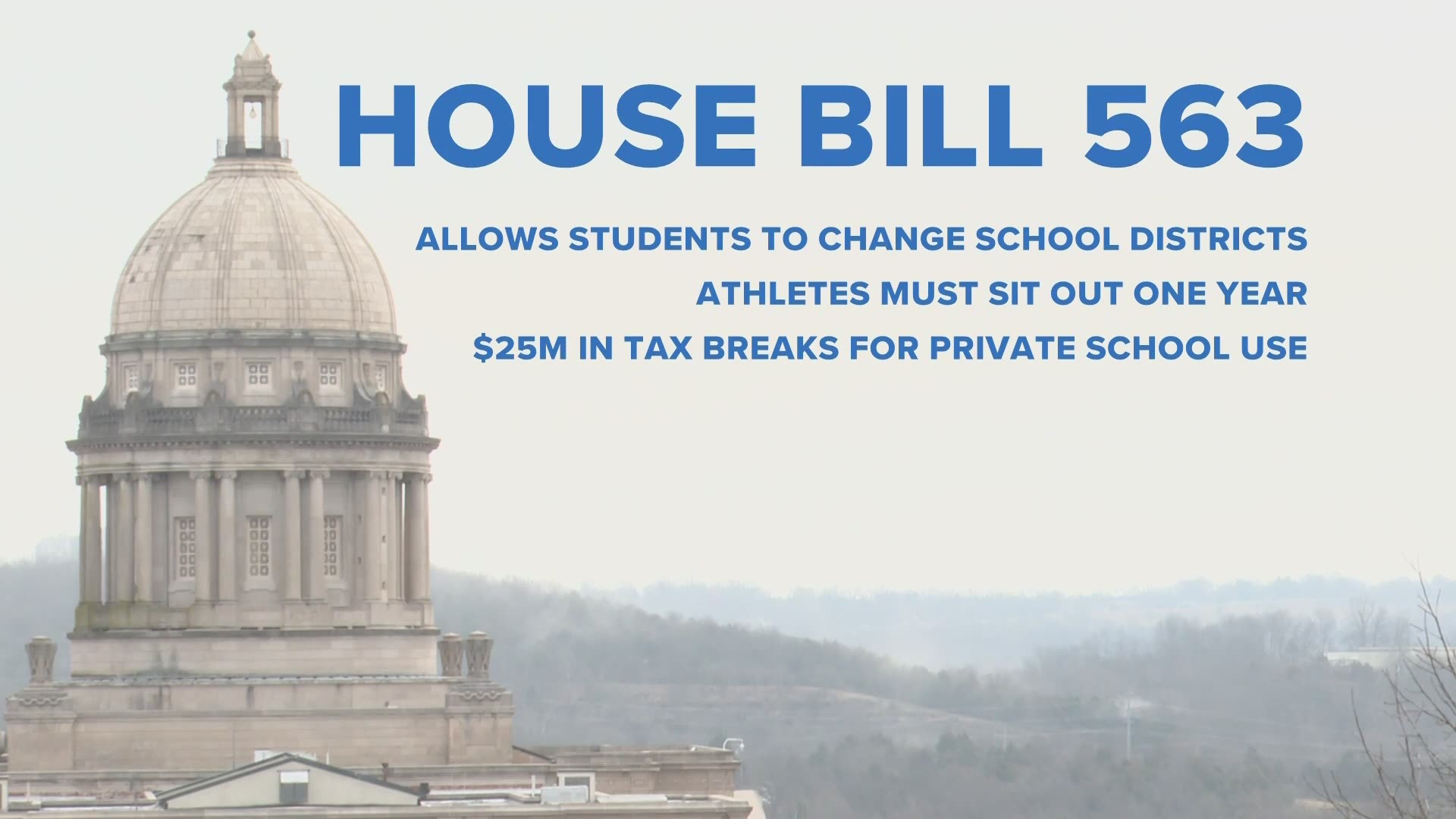 LOUISVILLE, Ky. — Days after the Kentucky legislature voted to override Gov. Andy Beshear's veto of House Bill 563, supporters of Kentucky's controversial school choice bill met to discuss next steps as they await for the legislation to become law this summer.

"We've got to stop playing with this," Rev. Jerry Stephenson with Kentucky Pastors Action Coalition said. "This is not political football."

HB 563 includes $25 million in tax credit to support organizations that will give out funds to families to use on education expenses, which include private school tuition in the state's largest counties.

The legislation also requires open enrollment policies that would allow students to change school districts and would allow for state funding to remain with students if they decide to attend a public school outside their district.

"No matter how great any school is or any district is, it's not going to be the best fit for every child. So, this allows more kids to get the education they need," Jim Waters, the president and CEO of the Bluegrass Institute, a supporter of the bill, said.

Critics of the bill said the tax credit would indirectly divert public tax dollars to private schools, taking it away from public school systems, many which continue to be underfunded.

But Waters said the bill would not affect public school funding.

"What this does is it encourages private donations to 501c3 organizations, and people make that on a voluntary basis and they're able to apply that to their tax liability," he said.

Beshear had called the bill unconstitutional and had mentioned it could be challenged in court, but did not say he would bring the suit. Waters said he did expect some legal challenges but said he was confident the courts would rule in the bill's favor. But Waters did acknowledge the bill may not fully take effect for the beginning of the school year given the logistics surrounding the legislation and possible legal challenges.