Behind the Scenes of Blizzard on the Bypass

A 21-year-old disappeared the night of a terrible snowstorm. His family said they believe he may have been murdered, but the storm may have buried all of the evidence. 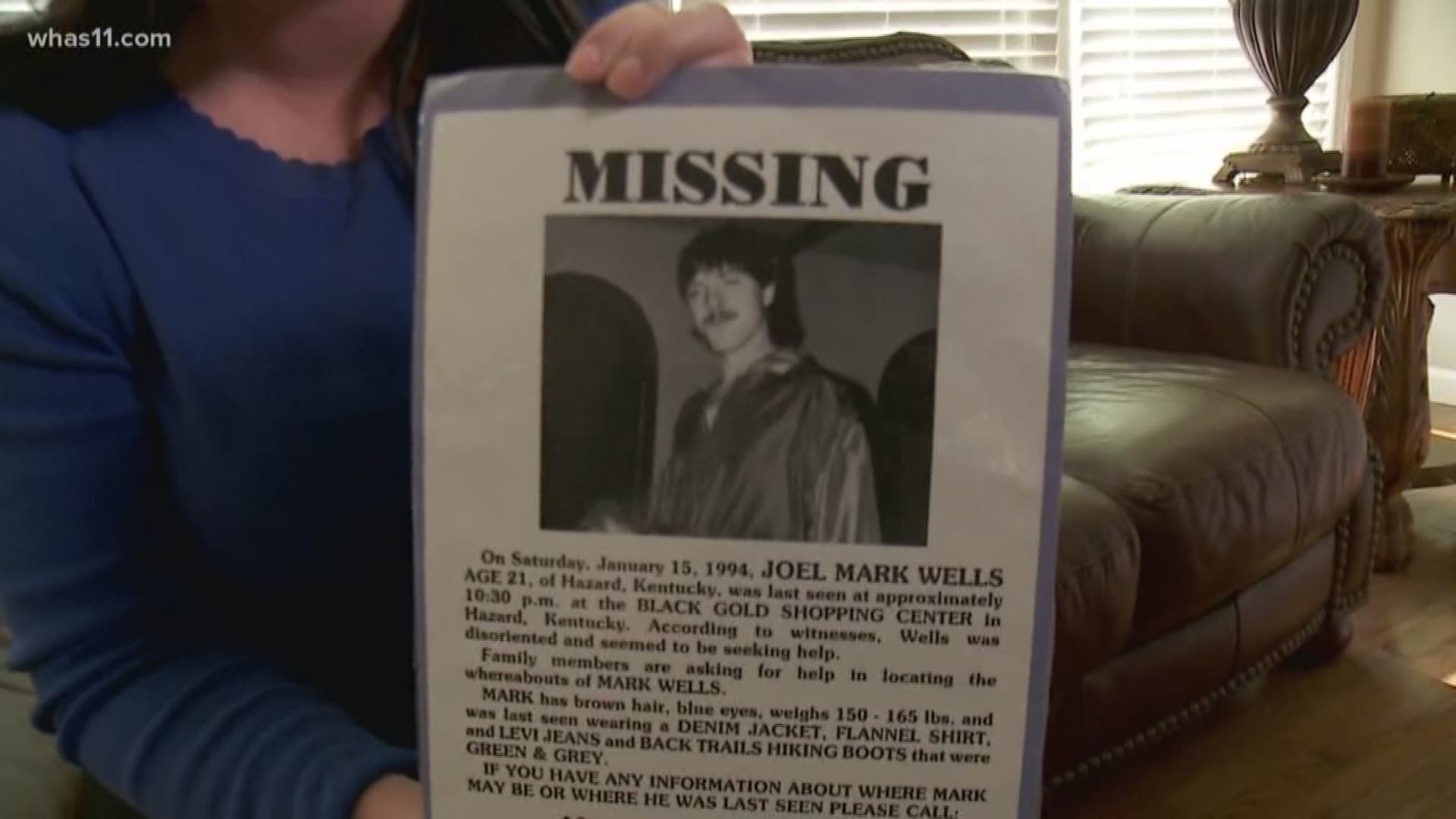 It was the year of one of the worst winter storms the state has ever seen.

Chapter One | The Case

A fellow journalist heard about the UNSOLVED initiative and sent us a story that stuck with him: a young man mysteriously disappeared the night of a terrible snowstorm.

Once we started learning more, our interest was sparked too. With the name of one of his sisters, we found the family of Mark Wells on Facebook.

We called current Hazard Police Chief Minor Allen and he agreed to talk to us.

The team packed sack lunches, loaded up our car and headed down the highway for a three hour trip to the Wells' hometown.

Mark Wells is part of a big family, with just more than a dozen siblings.

We met four of his sisters on our trip. Sitting in one of the sister's living room, surrounded by photos of smiling faces of a beautiful family, we started asking about Wells' story.

The tears started flowing. Not knowing what happened continues to leave a big hole in their lives.

We also met Wells' two sons who still struggle with the loss of a father they barely had the chance to know. Two decades after his disappearance, Wells' oldest son is raising four kids of his own and still protective of his baby brother.

"There's not a day that goes by that I don't think about it," Mark Hensley said of his father's disappearance.

As the years pass and they all get older, Hensley said it doesn’t get easier. His own kids ask about their grandfather, and he has to make up stories to replace the memories they never had the chance to make.

There were several sightings of Mark Wells on the night he went missing.

Police received two separate calls describing him as frantic and irate, appearing fearful of someone or something. What was he running from? What was he afraid of?

Wells' sisters said his friends told them he got into an argument with them and stormed off, but why they were arguing never pieced together.

While some might believe Wells simply walked out on his family, the sisters said he would never do such a thing.

Police tried to track down the 21-year-old throughout town, dogs leading them to a nearby dam at Kentucky River. The terrible winter weather, though, made it difficult to find any evidence or bodies -- leaving officials, and Wells' family, without answers.

"I think that the truth will always out live a lie… eventually," Wells' sister Tammie said.

The sisters said they believe someone, somewhere, knows the answers. While they believe he was murdered, the family said they'd like to know what happened for closure. Hopefully, they said, they have a chance to bury him one day.

"If you could just tell us where he's at...that would be enough for me," Hensley said. "It's been too long for that now for me. I just want to bury him, for my boys."

The UNSOLVED team's story on the disappearance of Mark Wells airs Friday, May 10 at 11 p.m.