Police said the victim was riding in a car on I-264W when suspects in another vehicle pulled up alongside him and fired multiple shots. 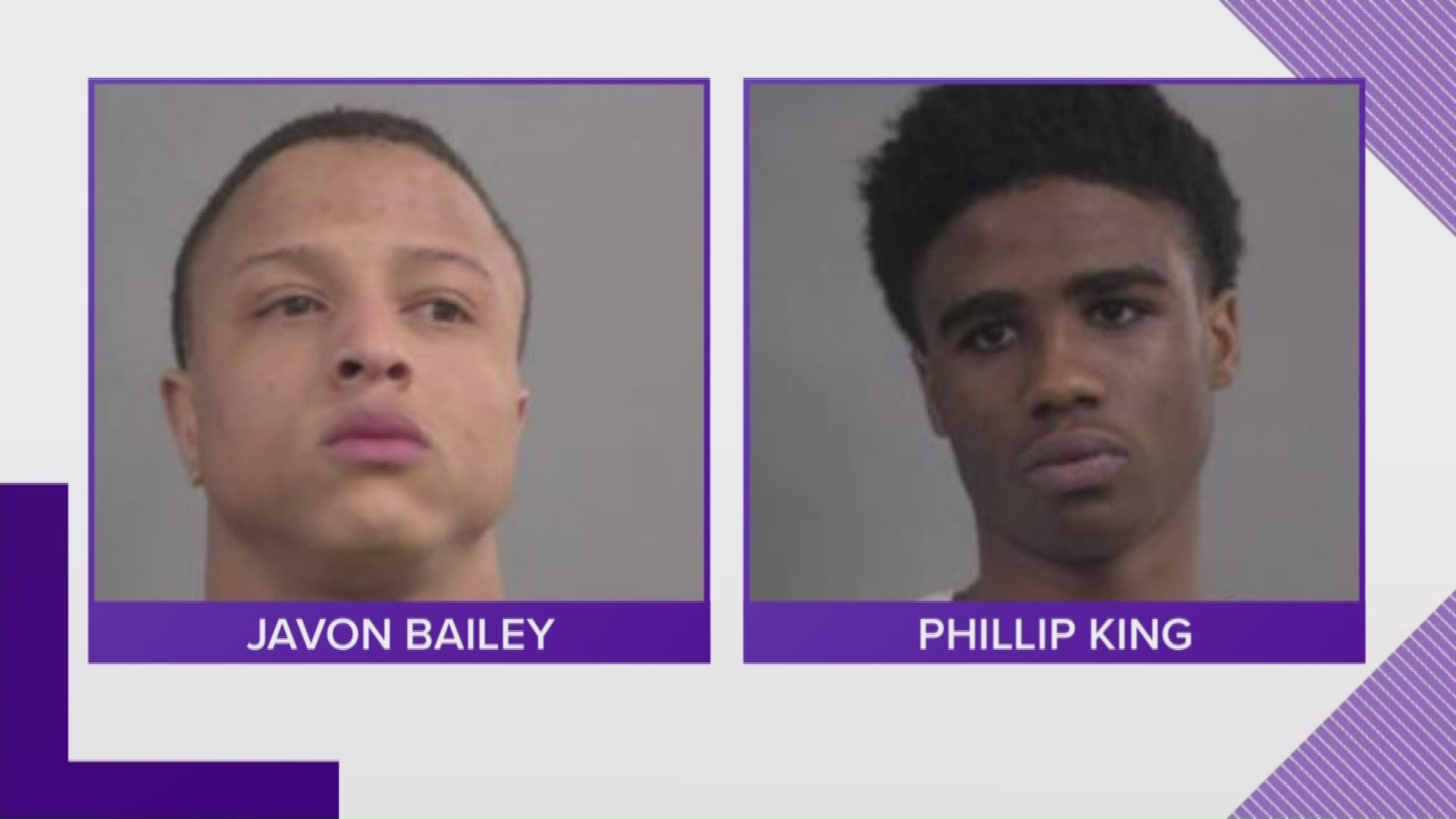 LOUISVILLE, Ky. — Two men were arrested on New Year’s Eve after police say a man was shot multiple times inside in a vehicle on I-264.

According to the arrest reports, LMPD officers responded to reports of a shooting at 15th and Gallagher around 8:30 p.m. on Dec. 30. When they arrived, they found a man inside a vehicle who had been shot several times in the back.

The officers determined that the victim was a passenger in a vehicle traveling westbound on the Watterson Expressway with two women. Another vehicle pulled up alongside the victim’s vehicle and fired multiple shots, injuring the man. The two women in the car were not hurt.

Using the victims’ statements and surveillance footage, police were able to determine that Javon Bailey, 20, and Phillip King, 18, followed the victims onto the interstate and shot at them.

The man's condition is currently unknown.

While investigating this incident, detectives searched a home in the 1600 block of Olive Street on Dec. 31. According to the arrest citation, both Bailey and King are residents of the home. During the search, detectives said they found a large quantity of meth, a small bag of cocaine, and a small bag of marijuana. Both suspects were arrested after the search.