The current statute hasn't been updated since 1982 and doesn't include protection for packages delivered by new carriers like FedEx or UPS. 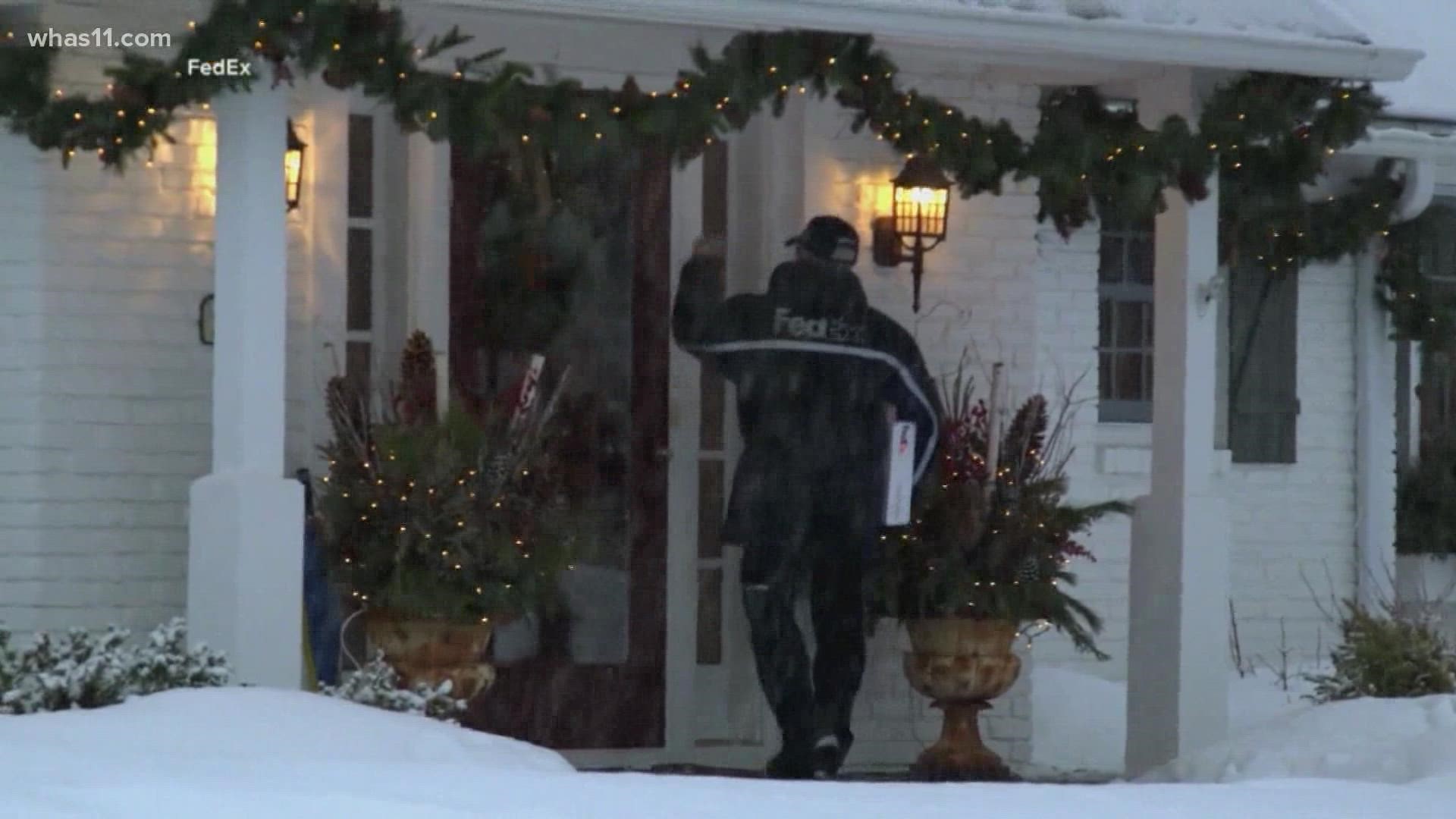 LOUISVILLE, Ky. — In preparation of the upcoming Holiday season, one Louisville state senator is working on legislation to help combat package theft.

District 37 Democrat David Yates has pre-filed legislation which aims to update Kentucky's Theft of Mail Matter statute by including protection for packages delivered by common carriers or other delivery services.

Yates said Bill Request (BR) 370 would update the statute, which hasn't been updated since it was passed in 1982.

"Kentuckians live in a different world than they did in 1982," Yates said.

Recently, the Kentucky Supreme Court noted that as written, the statute only covers packages or other mail matter delivered by the United States Postal Service, but not common carriers such as FedEx or UPS.

"With the internet at our fingertips, shopping habits have shifted from retail stores to relying on ecommerce to deliver purchases straight to [Kentuckians'] homes," he said.

The term 'porch pirate' is used to refer to people who steal packages from other people's homes, taking advantage of easy opportunities to steal what could be potentially valuable goods.

In Kentucky law porch piracy is a class D felony, but only if the packages stolen are from USPS.

Theft of packages from carriers like Amazon, UPS or FedEx only amounts to a misdemeanor charge.

Yates said they aren't held to the same level of criminal penalty in the current statute and criminals have figured that out.

"In the past few years, we've seen a form of organized crime where they actually follow around the delivery drivers," he said. "You'll see people get out, grab the packages and then leave."

Yates said there are other states who have amended statues like this.

"Usually you're having this problem in a lot of our cities and suburbs that have been hit really hard in the past few years," Yates said. "We're not reinventing the wheel."

BR 370 will be considered by the Kentucky General Assembly when they reconvene for the 2022 Regular Session in January.

RELATED: Here are the last days you can send out gifts to arrive before Dec. 25

RELATED: Package thieves are busy this season, and police say these tips can help protect your deliveries