Jalen Casey was previously charged with seriously injuring his seven-week-old daughter in 2020. 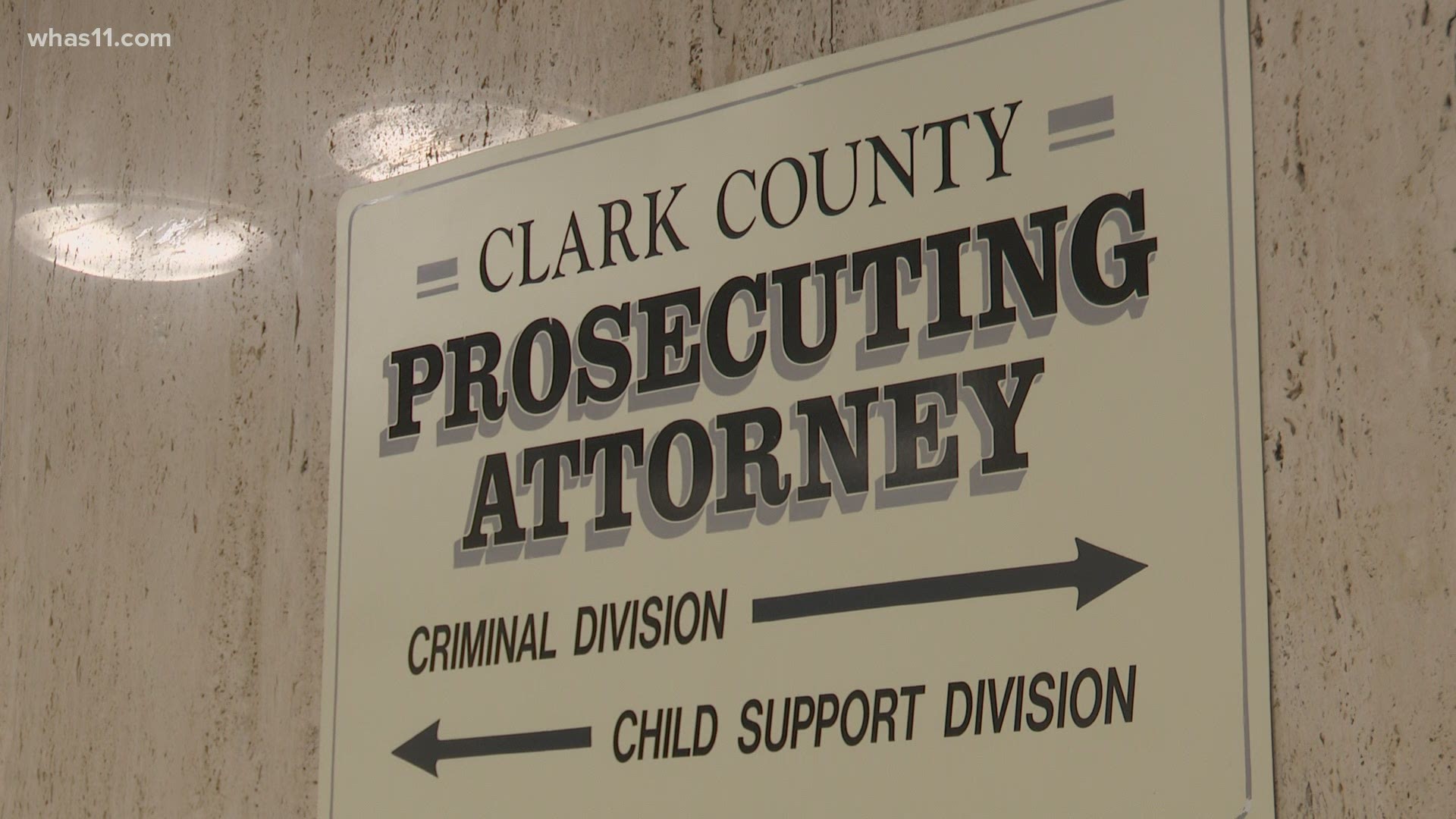 CLARK COUNTY, Ind. — A Jeffersonville man appeared in court Thursday after he was charged with child abuse for the second time in two years.

Jalen Casey is a name Clark County Prosecutor Jeremy Mull said he did not want to see on his desk again.

"I was profoundly disappointed that Mr. Casey had been allowed to bond out," Mull said.

Casey was arrested Tuesday for neglect and battery of his 12-week-old son, less than one year after he was arrested and charged with seriously injuring his seven-week-old daughter in fall 2020.

At the time of his arrest, Casey said he was holding his daughter when he fell. He later admitted to shaking the baby when she would not stop crying.

"I didn't intentionally hurt my daughter, and I would never do anything to hurt her," Casey told a detective. "I would like to say she got hurt, and it was an accident."

Norton Children's Hospital's Forensic Team classified his daughter's injury as a near-fatality due to the severity of the injuries. Mull fought to keep Casey in jail after the first incident, but a judge lowered his bond from $50,000 to $5,000 cash and he was released.

"We try to keep that person in jail, to protect the community and other children and that is what we did in this case," Mull said. "We did ask for a high cash bond in this case, but unfortunately it was reduced."

Last week, Casey and the mother of his child arrived at Norton Children's Hospital again. This time, doctors said they immediately knew something was not right with their 12-week old son.

According to the probable cause affidavit, Casey's son had multiple yellow and brown bruises on his back, a broken rib and abrasions across his eyelids, cheeks and nose.

"Jalen offered several explanations to police that were not consistent with the injuries the infant child," the affidavit says.

Casey is facing neglect and battery charges. A judge ordered him to not contact the victim or any children under 16. His bail was set at $200,000 cash.