'Do what's right, pay for the product that you stole' | Police looking to identify Meade County theft suspects

Surveillance footage shows one woman filling a cart with nearly $100 of merchandise and leaving as a second woman distracts an employee. 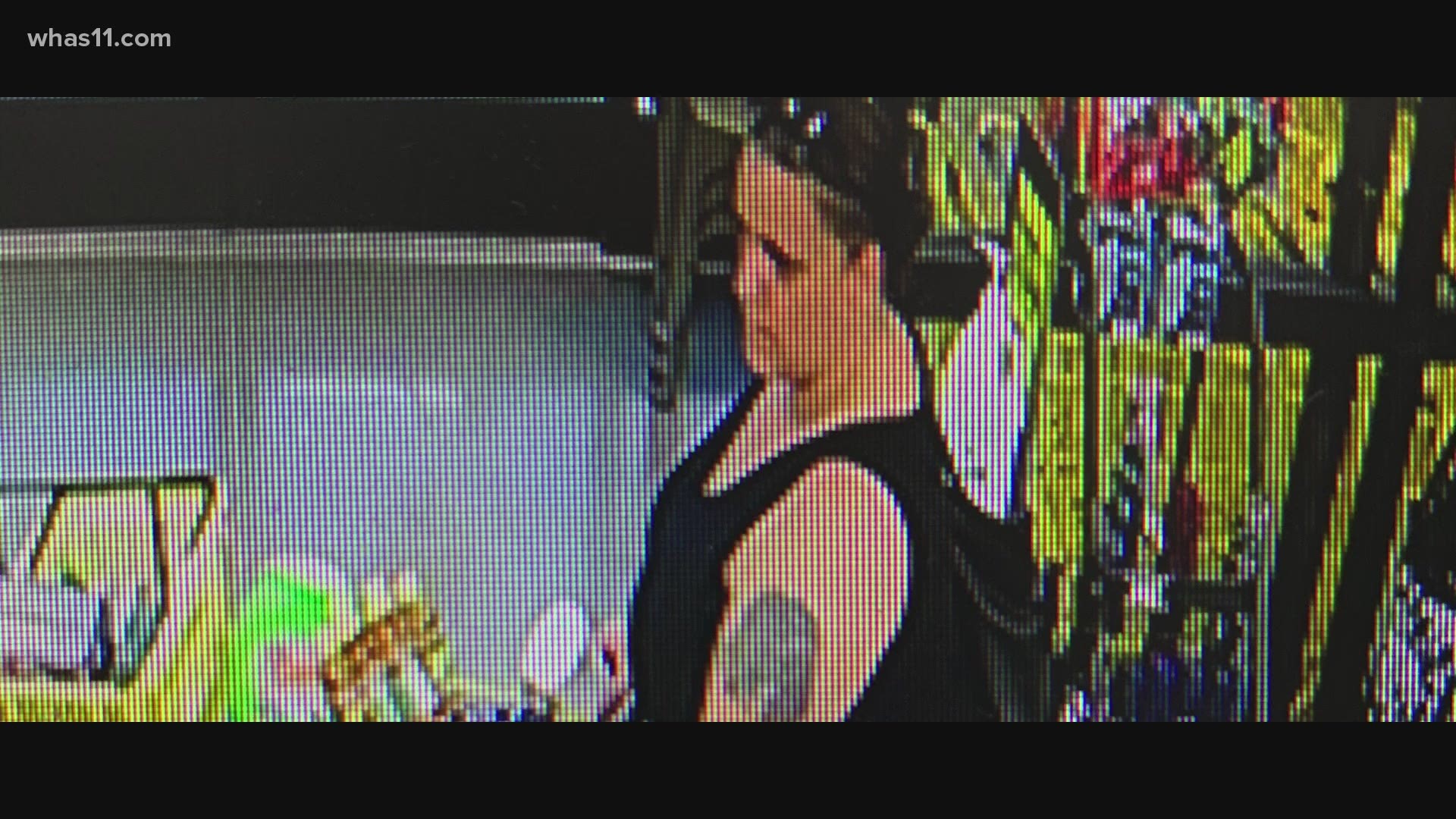 MEADE COUNTY, Ky. — Police in Meade County are looking to identify a woman who allegedly stole nearly $100 worth of items from a Dollar General.

Surveillance footage from the store shows two women filling shopping carts with phone chargers, speakers, a pool float and groceries, then one walks out the door without paying. The Meade County Sheriff's detective believes the second woman was providing a distraction as her accomplice exited.

"It is very frustrating because if people go in and steal from anyone — a person or a business — then it's the taxpayers here in Meade County that are suffering," Det. Danny Knell said.

Knell and his department stay busy as new cases come across their desks every day, however this case has remained a priority since it happened in early July.

According to a police report, the woman who talked to an employee while the other left the store allegedly applied for a job at the same Dollar General location just weeks prior to the theft.

Police believe they know who she is, but need help identifying the woman who walked out of the store with the full cart. Det. Knell is unsure if she is from the area but the store's cameras captured clear images of her.

The woman seen loading the items into the cart has distinct tattoos on her body. She has tattoos on both arms including five stripes down her right arm. The woman also has a large tattoo on the back of her right calf.

"It would prevent them to go to another store and do the same thing," Knell said.

The detective also has a message for both suspects involved in the theft, and a promise to his community.

"Please go back to the dollar general store on Highway 1638 and do what's right and pay for the product that you stole," Knell said. "If you come to Meade County and you are involved in a crime, you will be caught."

If you recognize either of these women or you were shopping at the Brandenburg Dollar General in early July, leave a tip. It may keep this pair from possibly stealing again.