'It was a nightmare' | Family of man killed seeking answers, police believe shooting was random

In January, Duan Calloway was killed in a shooting while working outside of a apartment complex in the Shawnee neighborhood. 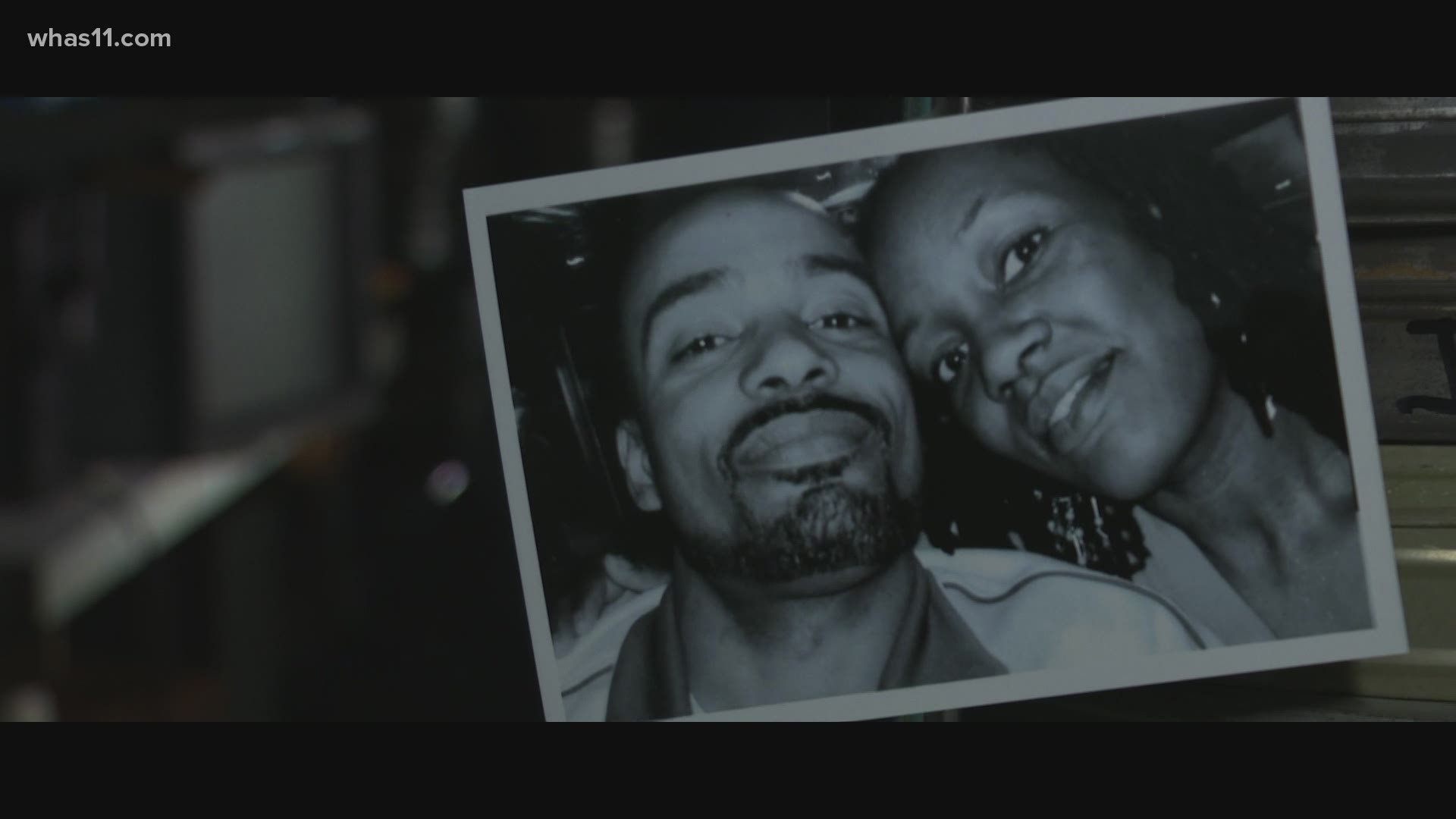 LOUISVILLE, Ky. — Nearly five months to the day, a Louisville family is still seeking answers in a homicide that police believe was a random act of violence.

In January, 46-year-old Duan Calloway was critcally wounded in a shooting in the Shawnee neighborhood. He later succumbed to his injuries at University of Louisville Hospital.

Calloway is remembered by family for his dedication to his work and bettering the community where he called home. A carpenter by trade, his fingerprints rest on Louisville staples like the KFC Yum! Center and Angel's Envy downtown.

"He was revitalizing the west end which is where we all grow up in and he wanted to do it one property at a time," Duan's wife, Georgetta Calloway, said.

Now, all Georgetta clings to is the memories of her husband as she's forced to face the tragedy that happened that January 7th.

"It is gut wrenching and it leaves a knot in your throat that won't go away because you know, I know what my husband was moving towards doing," Georgetta said.

She said that Calloway was working on one of his apartment buildings, framing a sidewalk right outside on Cecil Avenue.

"My husband was actually hammering and this person walked up behind him from Herman Street and shot him multiple times and walked away," Georgetta said.

Police said that Calloway had his back turned to the suspect as he was working on the sidewalk near the property. Detectives believe he was essentially defenseless as the suspect began to open fire.

"I rushed to the scene and it was just like being in a nightmare and what I saw when I got there, it was a nightmare," Georgetta recounts. "A nightmare I was praying I would wake up from, but I never did."

Louisville Metro Police Department Detective Abigail Christman was also at the scene of Calloway's homicide. She immediately started talking to witnesses to try and get information.

"With everything we have found thus far, with all the people we've spoke to, we found that we are only looking for one suspect," Christman said.

"There is nothing in his life that we have discovered that would've made him a target by any means," she said. "He was busy, he was working, he was distracted."

Two months after he was killed, Calloways's family returned to the scene of the crime. Outside the last home he'd ever touch is a permanent reminder of his imprint on this community. A hammer was drawn right in the cement of the sidewalk beside initials of his family.

"I just don't want people to forget about him," Georgetta said. "I just truly miss my husband. I miss his presence I miss the smell of him, I miss his hugs."

The family man was a father to four and the couple would have celebrated ten years of marriage this past April.

This family's message to his murderer is not one of hate.

"If you are listening, there is still hope for you," Georgetta said.

Both Calloway's family and LMPD know that keeping this suspect free on the streets puts this community at risk.

"Especially if it was random, like we believe it is, we don't know what that individual may do next," Christman said.

Just like Calloway tried to save homes in West Louisville, Georgetta says it's now up to neighbors to protect one another.

"If you know anything, if you remember anything from January the 7th 2021, 253 Cecil avenue please please I beg you," Georgetta said. "You're going to help not only my family, but you're going to help the whole community including yourself."