The Nelson County Sheriff's Office says more than $12,000 was stolen from a woman's bank account after her car was broken into. 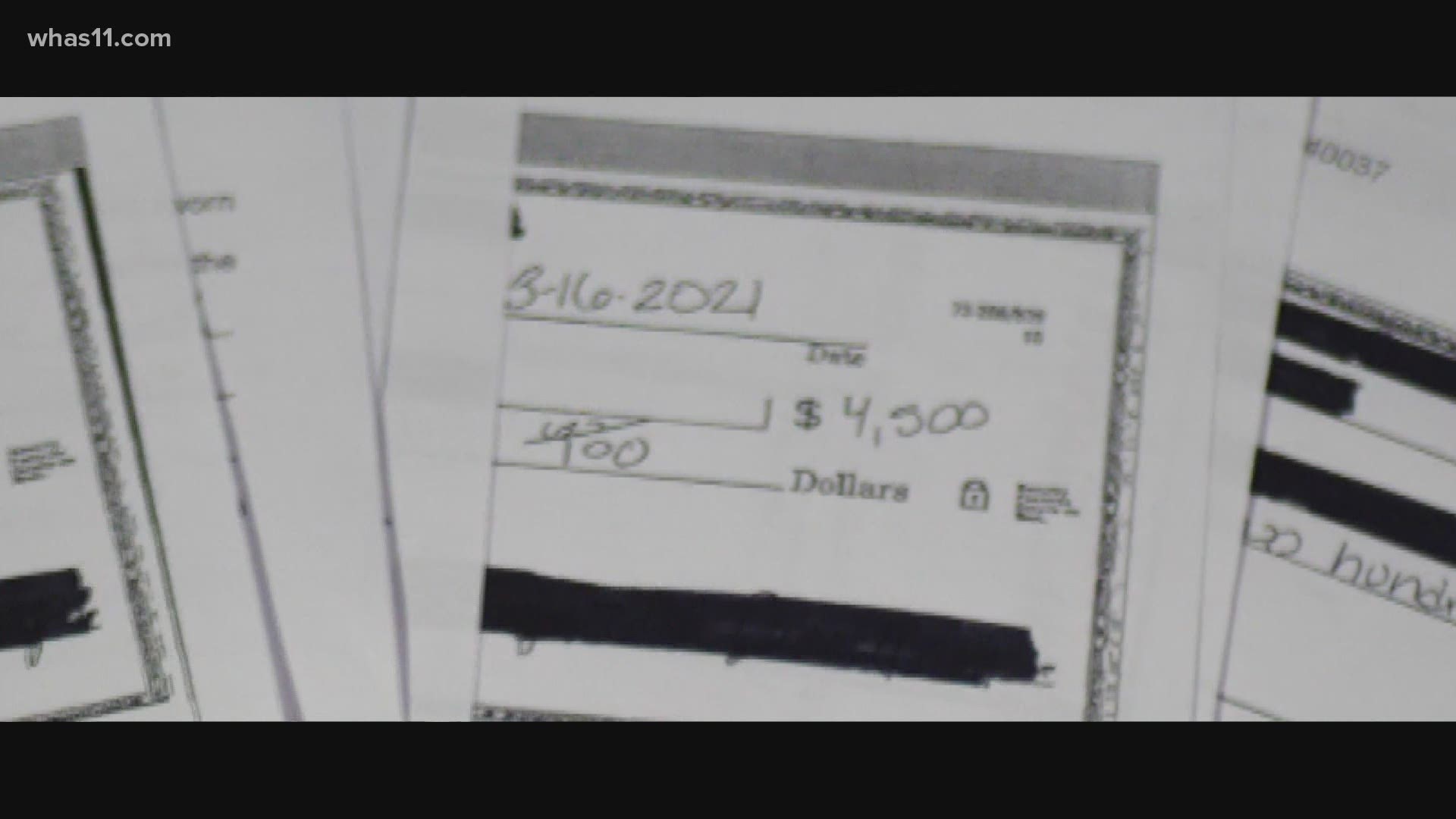 "The bank reaches out to me and says there's someone here trying to cash a check," the victim told the Crime Stoppers team. She asked us not to identify her. "It's unfortunate for sure."

The victim explained that a few days before that call in March, her car was broken into at Broad Run Park. The window had been smashed and her purse, along with her husband's wallet were taken.

"It's pretty brazen, 2:30 in the afternoon, someone shattering the window out of your vehicle," Nelson County Sheriff's Office Detective Philip Dean said.

Evidence shows a series of five checks were forged and cashed in consecutive days. The first three checks were cashed for $2,500, $3,200 and another $3,200. The last two checks were for $4,500 each at two different bank locations. Dean said this is a common tactic for this crime.

"You're increasing your amounts to see if anything bounces and so far it hasn't," Dean said.

In less than a week, Dean says this suspect withdrew more than $12,000.

One piece of evidence on some of the fraudulent checks that stood out was the name. The pay of order was made out to a 'Marcia Viers,' which is not the victim's name.

Detective Dean believes 'Marcia Viers' could be a false name. Police ran it through their system and only one result came back. The photo did not match the description of the suspect.

Photos of the suspect were taken on Town and Country Bank's drive-thru cameras in both Bardstown and Lawrenceburg.

A few days after the car break-in, a teller at the Lawrenceburg location, who knew the victim, and was able to verify the suspect wasn't her as she attempted to cash a forged check.

The bank attempted to stall for law enforcement but the suspect fled.

Although the stealing has stopped for now, there are still many variables in the case that remain unknown.

"We don't know if she's the actual person that broke into the vehicle but she is the person that's responsible for forging the checks, signing the victims signature [and] producing the identification," Dean said.

He says it's crucial to identify and bring the suspect into custody for the community's safety.

"If we don't get an identification they're just going to keep doing it to more innocent people, hardworking people, family people," Dean said.

Throughout this frustrating and heartbreaking experience, the victim has a simple message for the suspect.

"Stop and get help," the victim said. "You don't have to do things like this, there's a better life out there than taking from people."

The five fraudulent checks were dated between March 10 and March 16. Police are not sure if the suspect is from the state but if she looks familiar, leave an anonymous tip to Crime Stoppers.