They have degrees in marketing and advertising, psychology, and accounting. They never imagined one day so many of them would work in the same field. 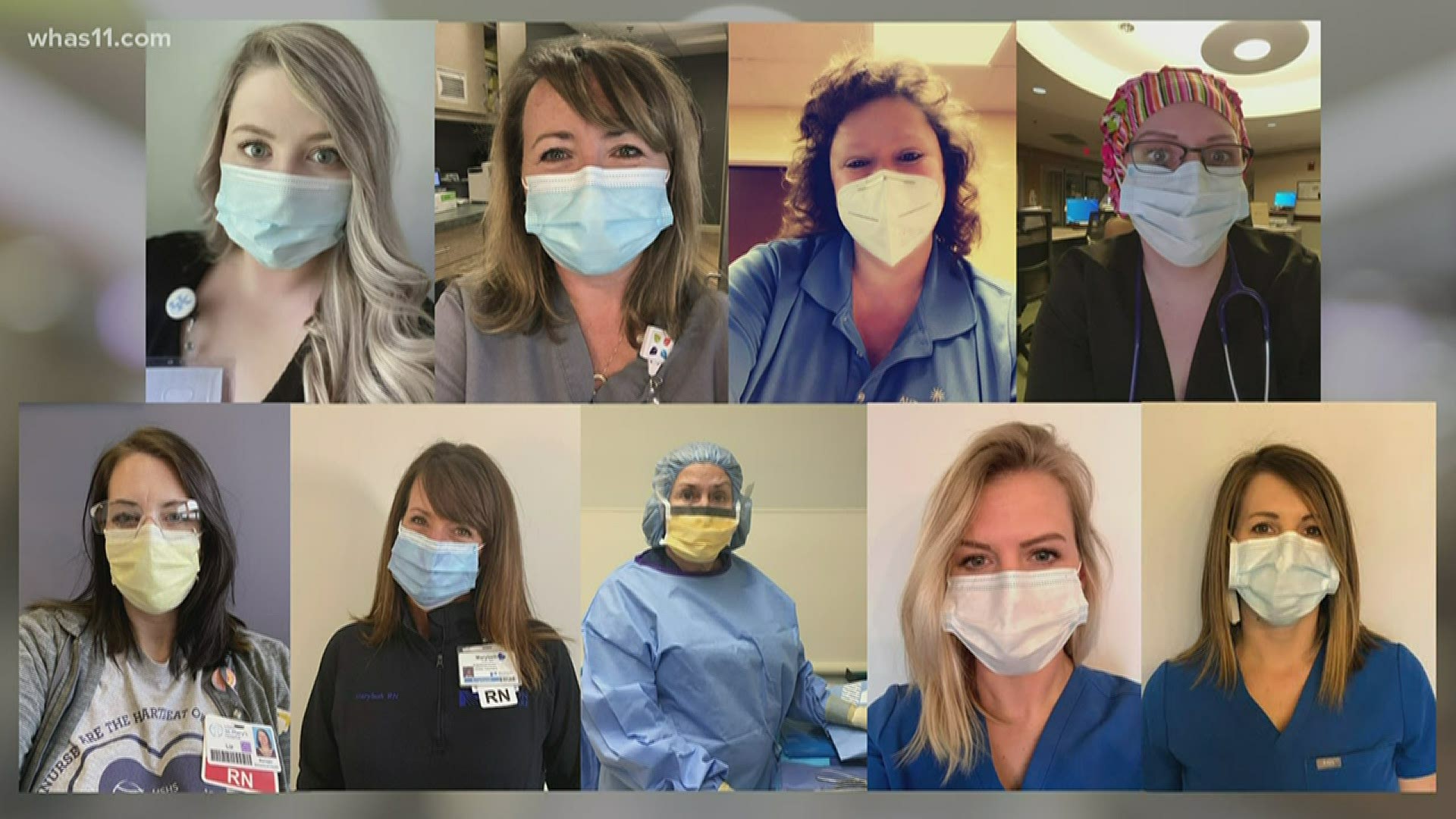 LOUISVILLE, Ky. — To say this family has a history deeply rooted in medicine would be an understatement.

"We laugh and say we’re related to half of Clark County. We have a very large family," Tracy Dupaquier, a Labor and Delivery Nurse for Baptist Health Floyd, said.

Dupaquier is one of nine women in her family who left their careers to become nurses over the last two decades. They have degrees in marketing and advertising, psychology, and accounting, to name a few. They never imagined one day so many of them would all scrub into the same field.

"We’ll be talking about bodily fluids and my dad will shoot us a look, like, 'will you all stop?'" Dupaquier said.

You can attribute that to their cousin, Cindi White. She started the discussion 26 years ago sharing her passion for the career she once said she would never get into.

"My father got ill, and when I was 18, he passed away and I decided I wanted so far away from a hospital. I never wanted to be anywhere near it," White said.

She changed her mind years later, spending most of her career as a nurse at Clark Memorial Hospital. Her decision would create a domino effect for years to come.

"Cindi started it all, and when 9/11 hit, Marybeth and I had different degrees and she and I started to go back to nursing school together," Dupaquier said.

"I was working in an office and I felt like if I was going to work for the rest of my life, I wanted to do something that was meaningful and impactful for me," Tomes said.

For Kristen Tharp, her decision came from seeing the direct impact nurses had on so many people.

"My mom was actually diagnosed with breast cancer and while she was sick, I spent a lot of time with her in the hospital, and that’s when I decided to become a nurse and help people like that," Tharp, a nurse at Alternative Adult Day Health Services, said.

"I think you have to go into nursing with the right reasons, the right heart, because sometimes it can be a very thankless job. But on the flip-side, it can be a wonderful job," Tomes said.

"I was at a wedding and the woman behind me after the service said, 'hello.' I didn’t know who she was and she said, 'you saved my life.' I had been there in the middle of the night when her family wasn’t," White said.

"It’s just such a rewarding field to be in, and that’s what I wanted to do after I had kids," Adrienne Poindexter, a nurse with Vision Surgical Center in Indiana, said.

"I just felt like it was my calling," Amy Bell, an ICU nurse at Baptist Health Floyd said.

Their jobs have taken them across state borders, from Kentucky and Indiana to Illinois. They’ve been with patients during their final hours.

"Have not regretted it for a day," Bell said.

"We get cussed at in Labor and Delivery, but they apologize once their baby’s born and it’s all good," Dupaquier laughed. "You have to have a thick skin too, because not every day is sunshine and roses. There are some bad days too and you have to be able to process it, rebound and move on."