Nineteen states have passed laws relating to name, image and likeness within the past year. 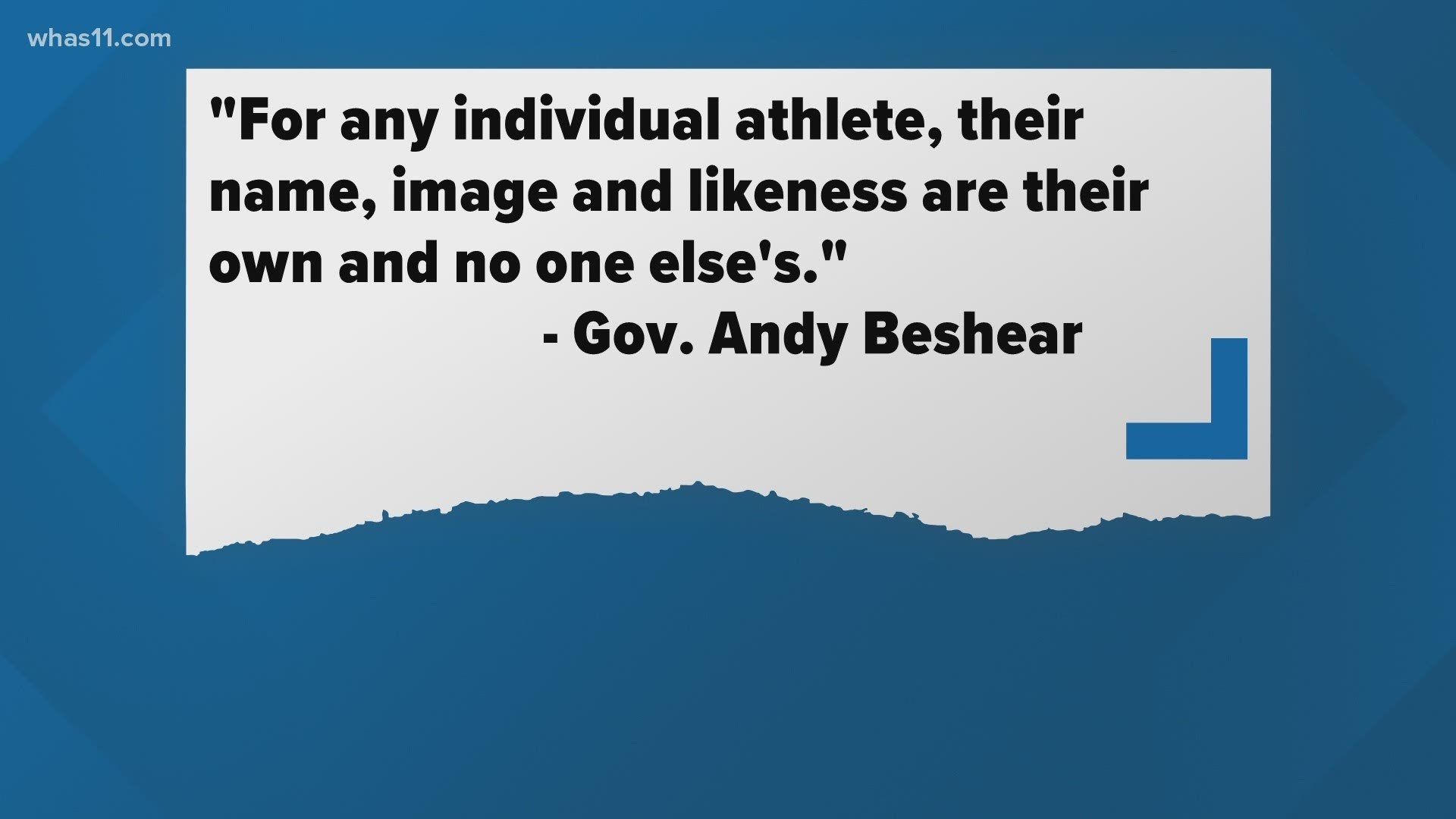 FRANKFORT, Ky. — Gov. Andy Beshear signed an executive order Thursday allowing student-athletes in Kentucky to receive compensation for the use of their name, image and likeness (NIL).

"This action ensures we are not at a competitive disadvantage in recruiting, and also that our student-athletes have the same rights and opportunities as those in other states," Beshear said. "For any individual athlete, their name, image and likeness are their own and no one else's."

Nineteen states have passed NIL laws within the past year. Athletes who attend school in Alabama, Florida, Georgia, Mississippi, New Mexico and Texas would be able to start accepting endorsement deals starting July 1.

Beshear is the first governor to allow student-athletes compensation for name, image and likeness by executive order. The governor said the decision was done in cooperation with public universities and leadership from both parties, who will be working on legislation next year.

"These temporary steps address the immediate need, while we continue working with universities and other stakeholders to craft comprehensive legislation for the 2022 regular session," House Speaker David Osborne said.

"Bringing the state of Kentucky into competitive balance with other states across the country and, more specifically, the Atlantic Coast Conference is critical," Tyrta said. "The collaboration with legislative leadership in Frankfort is welcome and needed in leveling the playing field for our institutions and, more important, for our student-athletes.”

Coaches from both UofL and UK said they were appreciative of the order, saying it addresses their team's current needs while long-term solutions are being hatched out.

"With today’s announcement, we continue to take positive steps forward in supporting our student-athletes to an even greater degree statewide," Kentucky men's basketball coach John Calipari said. "They deserve our time, effort and resources in making sure they have the opportunities to benefit from the hard work they put into their athletic and educational careers. As we wait on federal legislation, our program will continue to support, elevate and educate our kids."

University of Louisville women's basketball head coach Jeff Walz called the order "ground breaking," saying it was "the right thing to do."

"This allows our student-athletes to enhance their profile in the profession of their choice," Walz said. "This is about opportunity, and we are all for it."

The NCAA Board of Governors has preliminarily approved changes to their eligibility rules that would allow compensation, and Congress has held hearings on creating a national standard for compensation.