Dr. Daniel Wann said taking away sports means taking away an activity that helps people meet their basic psychological needs, like the need to escape. 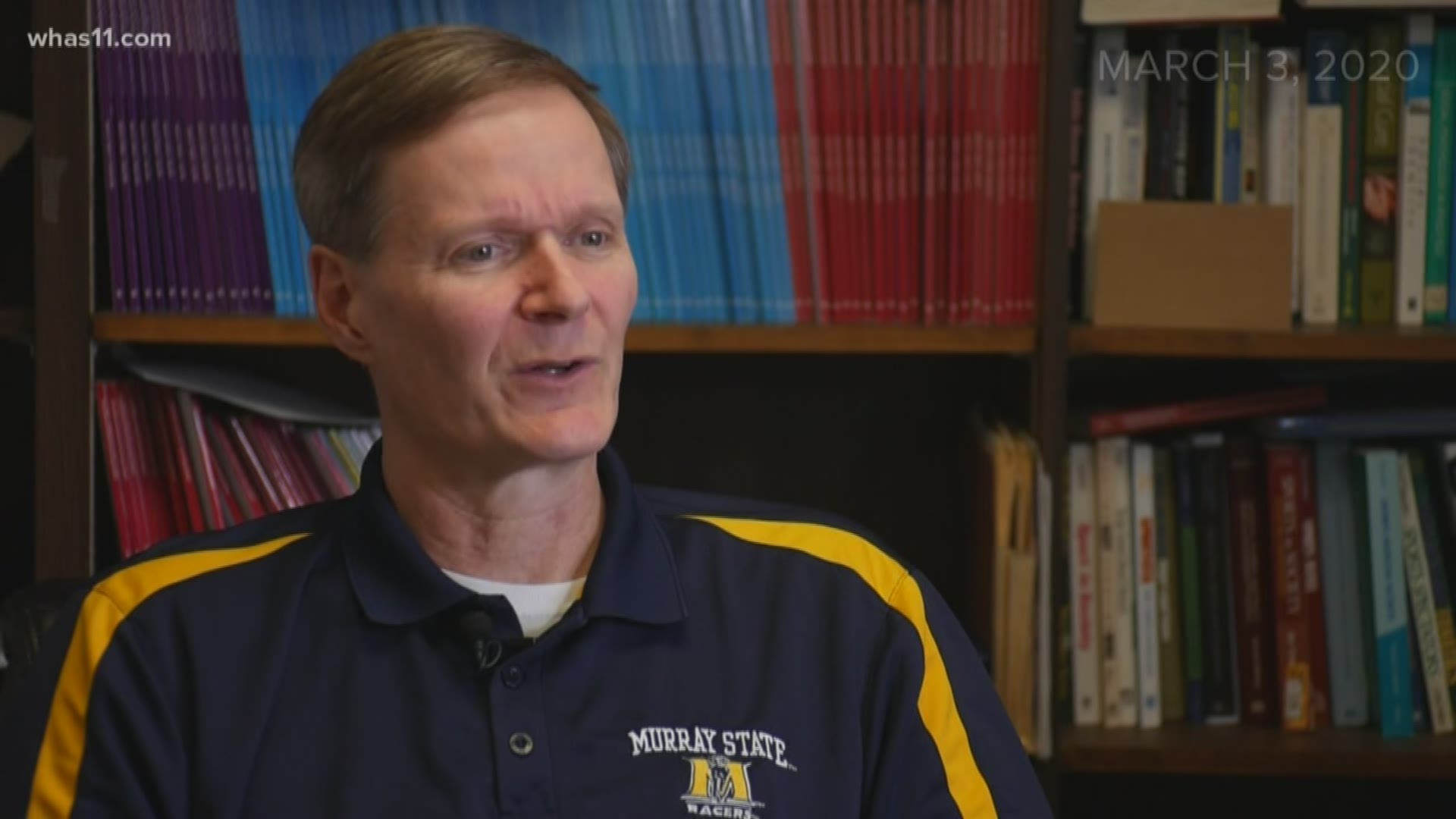 "After the game, I think to myself, 'Okay, well, what did I do today to embarrass myself,” Wann said.

That embarrassment can reach disgusting degrees.

“I'm guilty of being involved in the booger hex, where if the opposing team’s free throw shooters are about to attempt an important free throw, I've been known to stick my finger in my nose and pretend to flick a booger at the free throw shooter to hex them,” Wann said.

But just because he’s a man of superstition, does not mean Wann is not a man of science.

“A faculty member stuck his head in the office and said, ‘I now know why you're so productive as a researcher.’ I said, ‘Why?’ He said, ‘Well, because you're your best subject.’”

Dr. Daniel Wann is a professor at Murray State who’s been studying the psychology of sports fans for 33 years. The topic is simple: why do sports fans care so much?

"Fandom assists in our need to belong, our need for uniqueness and our meaning in life,” Wann said. ”We are social creatures. And by following a sports team, being interested in a specific sporting event, it allows us to feel that we fit in with those around us.”

But thanks to COVID-19, that feeling is now missing.

Those needs can vary from individual to individual, but one could be useful during the coronavirus outbreak: a need to escape.

"It takes me away from the stresses of the everyday world,” Louisville fan Gary Werner said.

"It's healthy to have something that you love that you follow that you have not too much control over, but you can kind of lose yourself in the excitement of it all,” Kentucky fan and Big X Sports Radio host T.J. Walker said.

Or a need for family bonding.

"It's on our calendars," UK fan Steve Peake said. "We know the Cats are playing, let's get together."

"It's just times you see people you don't see,” UofL fan Phil Evans said. “It's times that everybody is sitting on the couch together. It's times everybody's eating together."

Or as a whole, a need to get along.

"Sports is a connector, there's no question about that,” WHAS and WKRD radio host Tony Vanetti said. “It crosses all cultural lines. I don't care how much money you make, you're going to hug that guy next to you."

"It causes people to get out, talk, discuss, be around one another,” former UofL football player Scott Radcliff said. “You see people's happiness a little bit more."

We’re appreciating that now more than ever.

"You never know how much you love someone until they're not there anymore,” Wann said. “It matters to people in deep, profound and impactful ways."

RELATED: Olympic hopefuls lean on each other in limbo