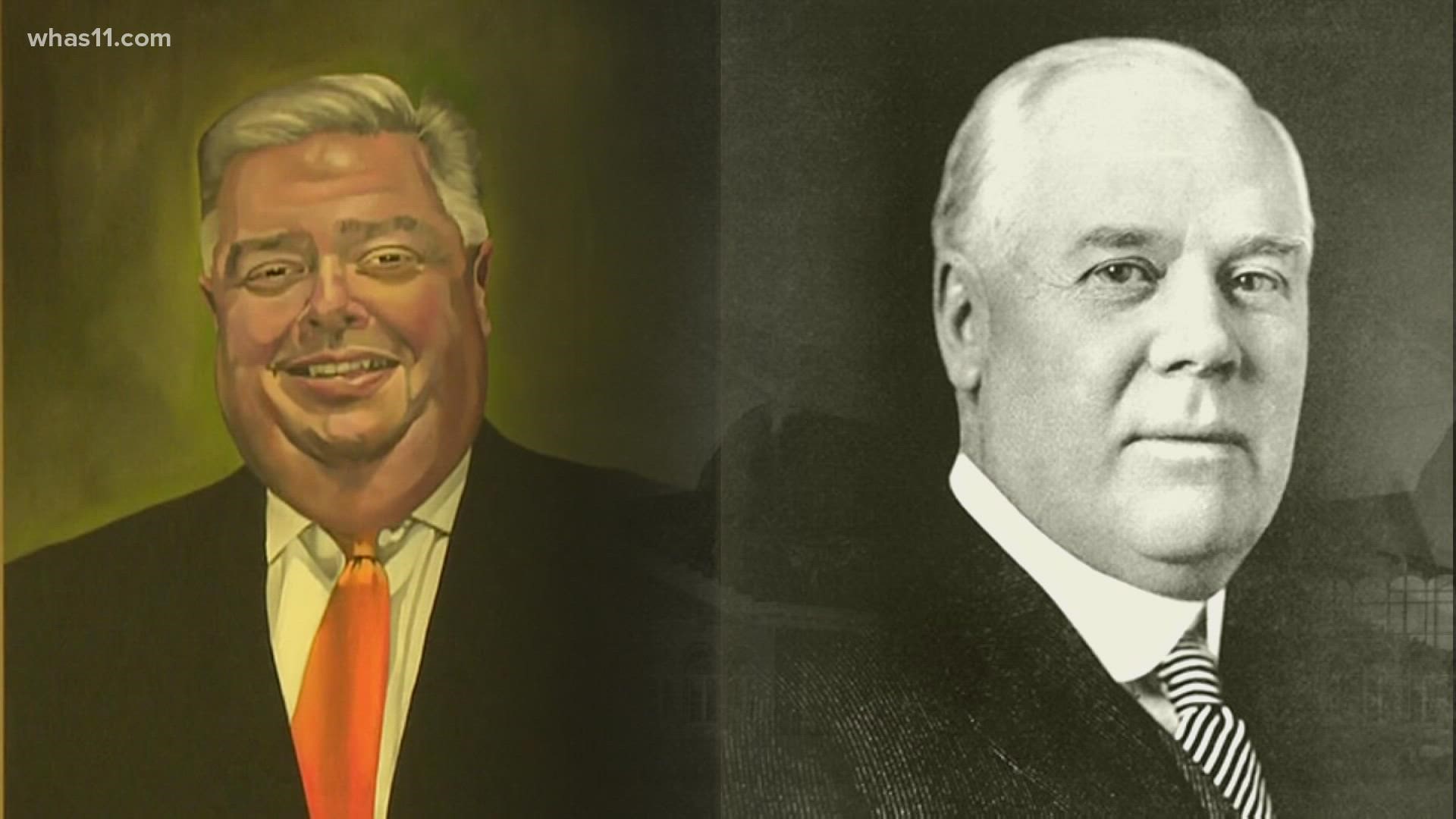 For more than 40 years, Asher was the voice of horse racing and radio broadcasting in Kentucky. He joined Churchill Downs in 1997 and served as Vice President of Racing Communications until his death in 2018.

Winn served as general manager and later president of Churchill Downs from 1914 until his passing at age 88 in 1949. The racetrack credits him as the driving force in the development and a tireless promoter of the Kentucky Derby.

The statues, sculpted by local artist Raymond Graf, depict Asher sitting on a horse shoe bench talking to Winn and are positioned on the north side of the saddling paddock in the Plaza area and guests will be able to take photos on the bench in the shadow of the twin spires.

A reminder: @ChurchillDowns will unveil bronze statues of the late John Asher (left) and Col,. Matt Winn (right) during a ceremony open to the public on Thursday at 11 a.m.

RELATED: John Asher, Romeo Crennel and more to be inducted into Kentucky Sports Hall of Fame