Churchill Downs announced three major projects at the racetrack over the next three years and plans to expand Derby City Gaming. 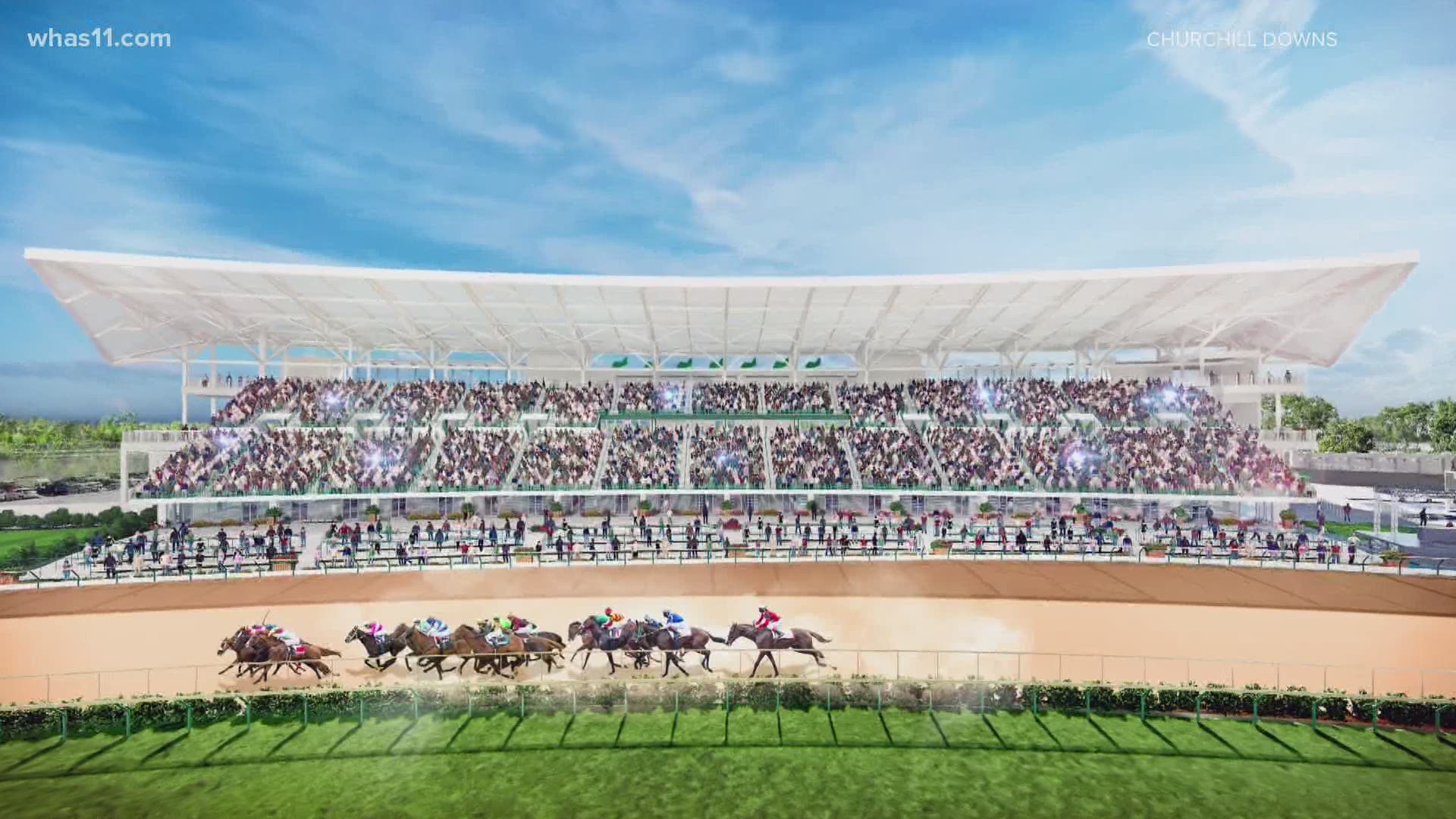 LOUISVILLE, Ky. — Churchill Downs plans to expand its guest experience with major projects which will be unveiled over the next three years.

Officials with the historic racetrack announced the grandstand area will be renovated and updated. What is currently outdoor bleacher seating will be converted into three seating options with all-inclusive amenities called the Homestretch Club. This project is expected to be completed by the next Kentucky Derby in 2022.

There is also work underway to create permanent seating and amenities at the first turn of the track. This project, which is expected to be finished in 2023, will give guests an exclusive view of the Kentucky Derby walkover.

Just in time for the 150th running of the Kentucky Derby in 2024, the track expects to redesign the paddock area to add seating and reduce congestion.

Churchill Downs Racetrack President Mike Anderson said these projects come after listening to feedback from customers over the years.

"The design of each will blend 147 years of tradition with an updated atmosphere that celebrates our storied past and ushers in a spectacular future for Churchill Downs," Anderson said.

Churchill Downs Incorporated is also expanding Derby City Gaming. A hotel, restaurant and more games will be added. The $76 million project is expected to begin early next year with the expanded gaming floor opening in late 2022 and hotel welcoming guests in 2023.