Floyd Central senior's drive impresses coaches in and out of practice

'Any time you have a kid like Caleb Slaughter, you always say you wish you had 40 of them.' 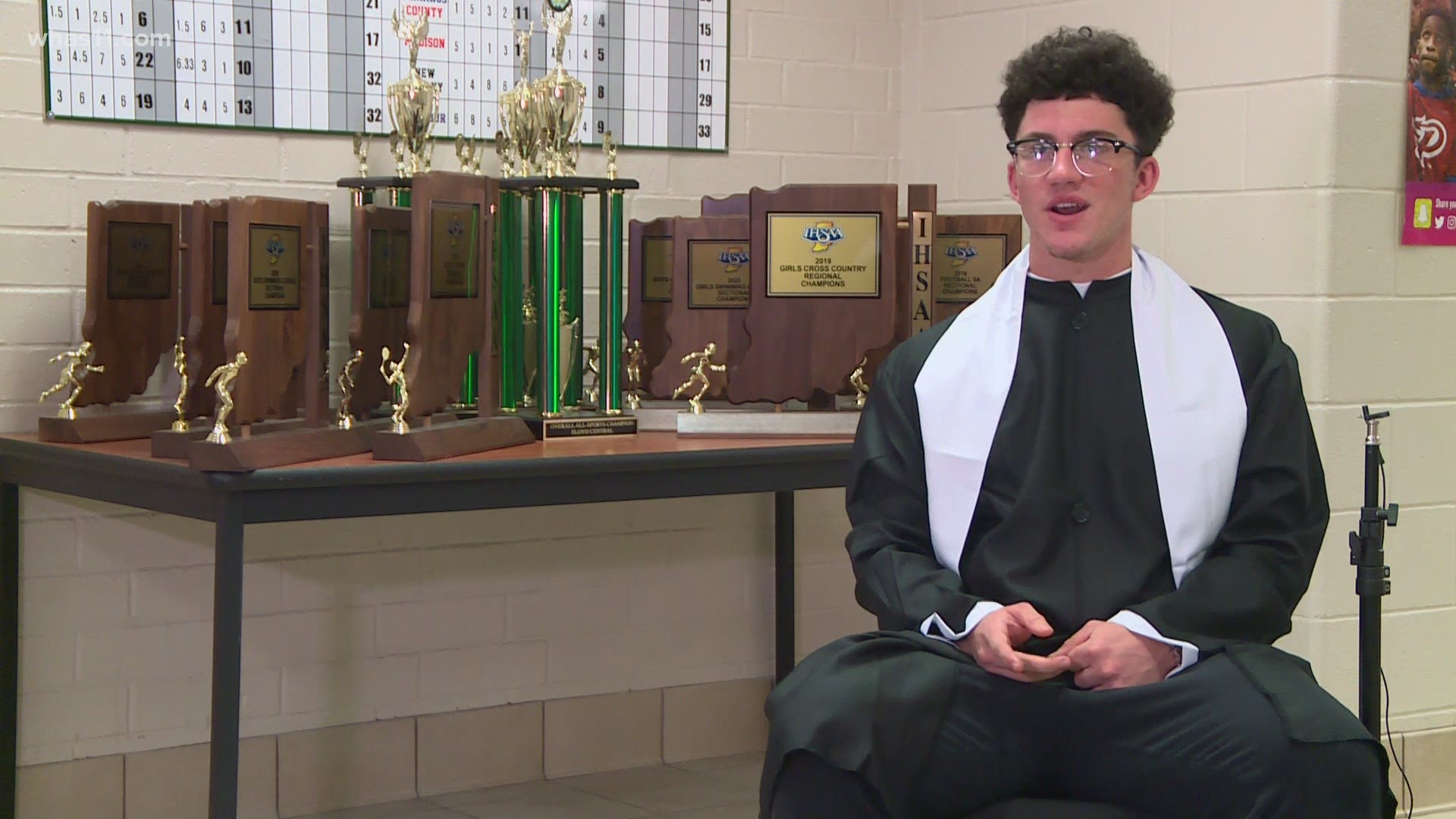 FLOYDS KNOBS, Ind. — As the rain poured down on Floyd Central High School, football practice looked a little different — and not just because it happened on a basketball court.

"My first year, we kind of needed to shake things up a little bit," Coach James Bragg said. "I said, 'Let's just wear our costumes.'"

Now in year three, anyone who walks into practice during the last week of October might see Bo Peep hyping his teammates up or Cookie Monster making moves on o-line. It's a Halloween tradition that reminds Caleb Slaughter why he loves this team so much.

"There's always a lot of guys that wear some pretty questionable things, but it's always fun," Slaughter said.

The Highlander Senior is an all around athlete, playing track and field, baseball and starting both ways for Floyd Central's football team. His coaches said they were impressed by his drive in and out of practice.

"Any time you have a kid like Caleb Slaughter, you always say you wish you had 40 of them, I would be very pleased just to have that one," Bragg said.

In addition to being a talented athlete, Slaughter is in the top five percent of his class.

"I'm a student-athlete, in that order," Slaughter said. "So I'm a student before anything else."

His teammates and coaches said his passion and ability were necessary to bringing the Highlanders to sectionals against Jeffersonville.

Come gameday, he'll trade in the costume for his cleats

but still use his best judgment to beat Jeffersonville

"There's nothing I wouldn't do for my teammates out there," Slaughter said.

And while the Highlanders may have traded their costumes for cleats Friday, it's a tradition that they know will stick at Floyd Central.