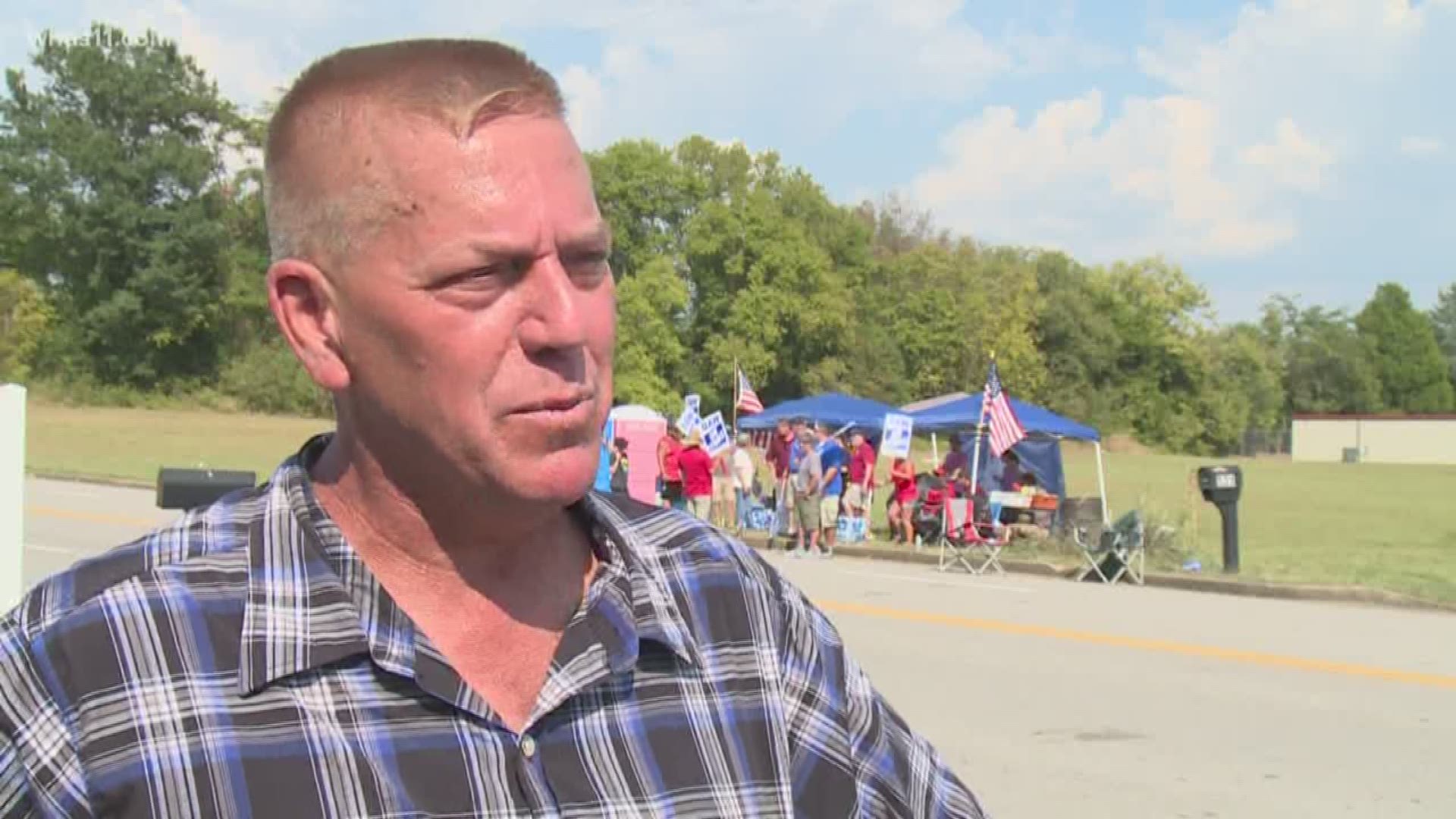 (WHAS11)-Former fighter pilot, Amy McGrath is not the only Marine on a mission to take on Senate Majority Leader Mitch McConnell.

Recently we spoke with Mike Broihier, a retired Marine, journalist and farmer who has entered an increasingly crowded Democratic field for the US Senate primary in 2020.

"You see those people over there? Back there? Amy McGrath isn't here. I'm here”, said Mike Broihier. “I don't have a pile of money, I don't need a pile of money. I'm going to do a house to house, precinct to precinct, county to county fight and these people here know I'm here. They know that I'm for economic and social justice and those are the ones I'm fighting for. They don't care how much money anybody's got."

Mr. Broihier was referring to another Marine, Amy McGrath who has been getting most of the Democratic attention and fundraising in this race. Sports talk radio host Matt Jones is on a book tour and considering running. At least three other Democrats: Jimmy Ausbrooks, Steven Cox, and Bennie Smith have joined the race.

But coming from no political background, unknown to most Kentuckians, we had to ask the big question on the minds of many?

“I am absolutely a real candidate. Really”, he responded. “You know, Kentucky has been running Republican lights against Mitch McConnell for 35 years. There has been no reason to be excited to go to the polls. I am a true progressive and I'm connecting with the people of Kentucky. I want to give them a candidate to be excited with, someone who reflects their values and have a real candidate."

On guns, Broihier says he wants background checks on all sales.

On minimum wage, he'd like that to be $15 per hour but thinks $10 per hour is more reasonable for Kentucky.

The Senate Majority Leader does have a primary opponent. Businessman and former Kentucky State Representative Wesley Morgan has entered the race.