Community leaders thank US Senate Majority Leader after Fort Knox is named the new home to the V Corps. 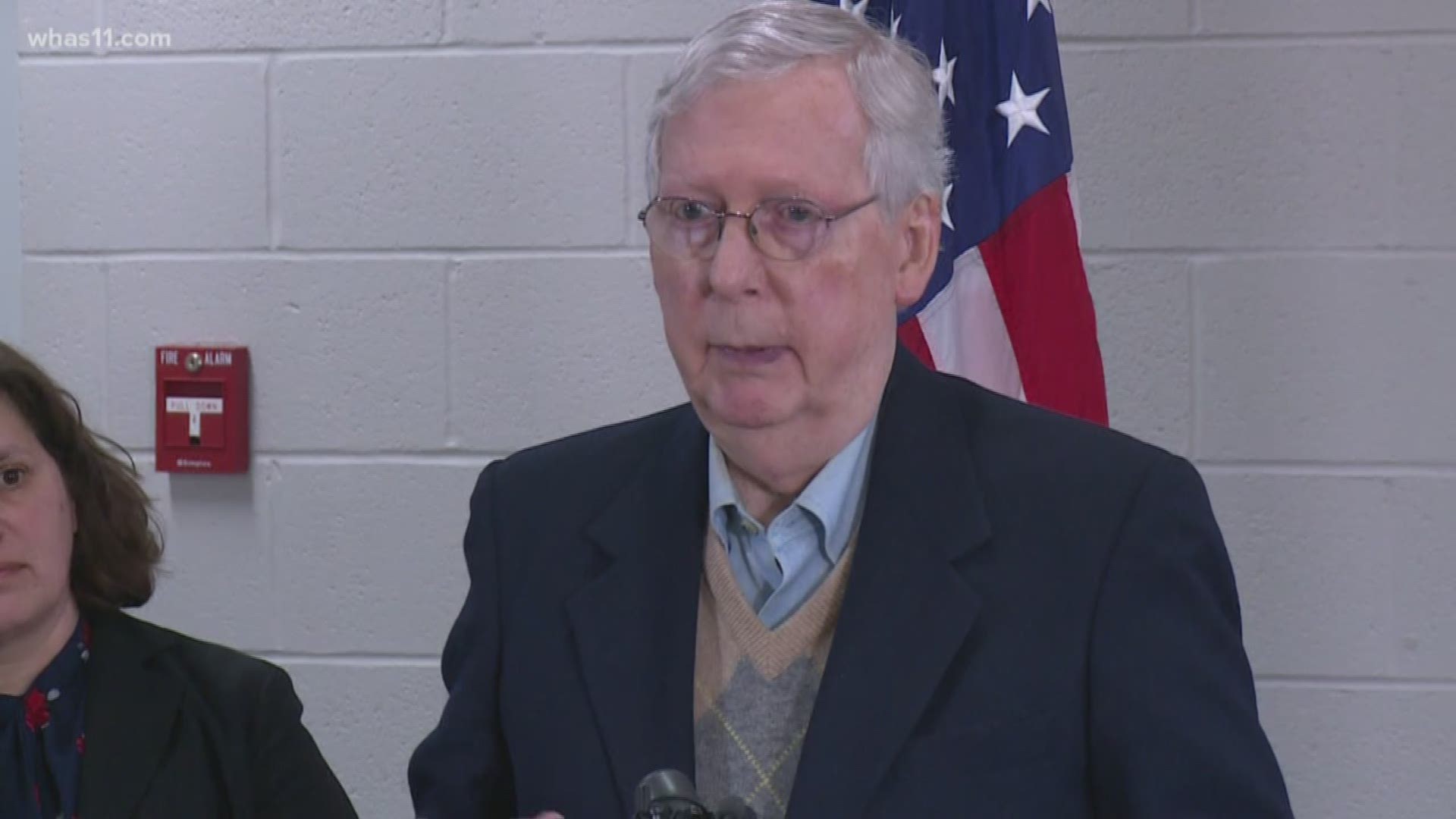 FORT KNOX, Ky. — There was a victory lap of sorts in Radcliff, Kentucky Friday as US Senate Majority Leader Mitch McConnell and community leaders marched out to celebrate this week's big news at Fort Knox.

RELATED: Fort Knox selected for new Army headquarters
The Army is moving the V Corps headquarters to our area which could bring an economic boom to communities around Fort Knox.

15 years ago, during BRAC, the fort’s future was uncertain. It’s a much different case following the Army’s announcement this week. Since the Base Realignment and Closure Process spared Fort Knox, the installation has lost some traditions and gained new.

The Senate Majority Leader cited some of that “new” as helping to build a case for the V Corps decision. This week the Army announced that Fort Knox would add the HQ and 635 soldiers.

As word rolled through our area, leaders marched out to share the big win and what it might mean financially to our area. Today they thanked Leader McConnell in front of cameras. They credited his leadership with helping Fort Knox win out over other locations.

While the exact economic impact of the new addition is not yet clear, community leaders tout the fact that For Knox brings $2.6B to the local economy already.