Children are kept out of school and forced to work for free or for little pay, and routinely exposed to dangerous chemicals, AP reports. 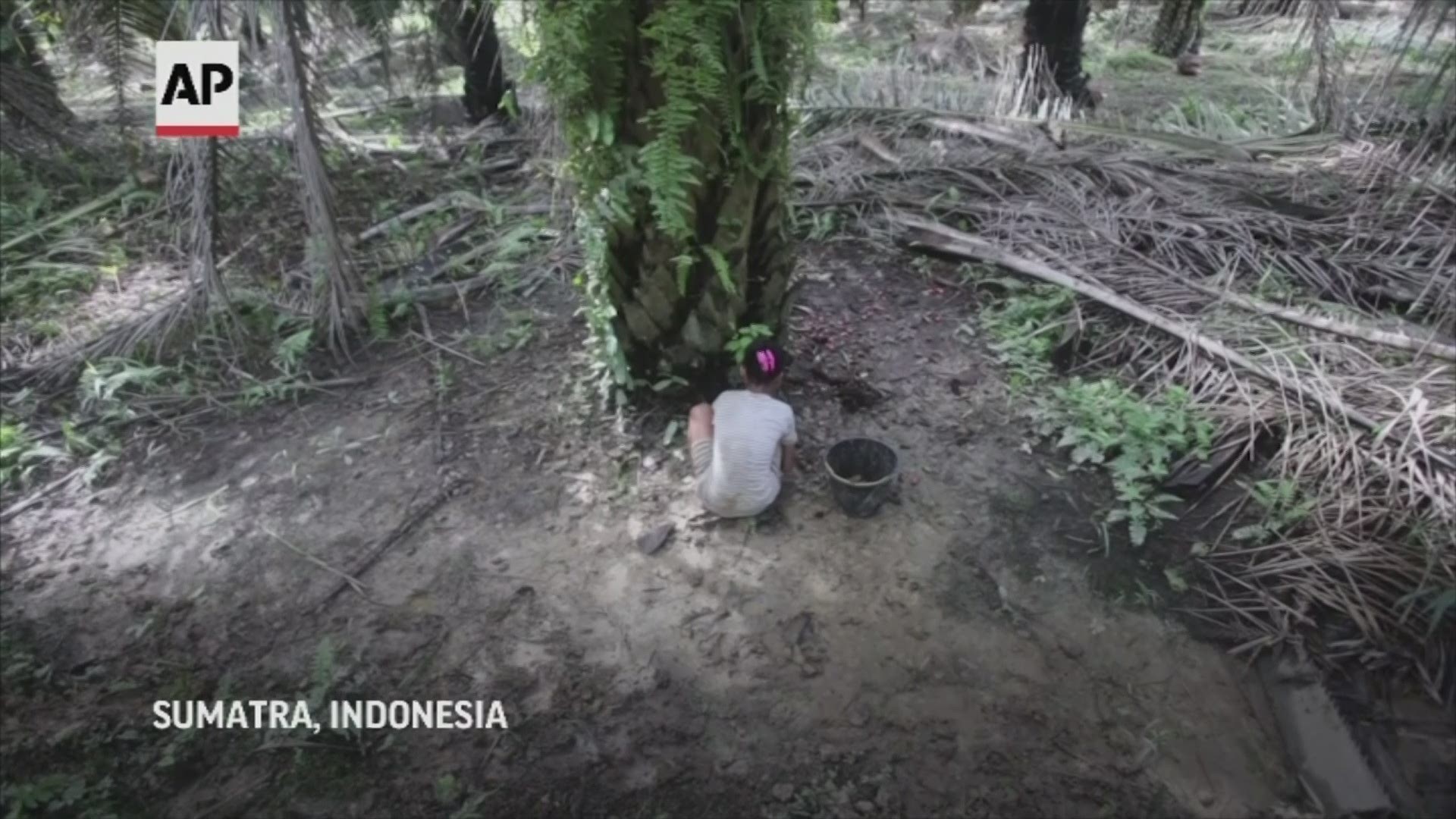 JONESBOROUGH, Tenn — An Associated Press investigation has found an army of children toiling beneath a canopy of towering palm oil trees in Indonesia and Malaysia, the main suppliers of the world’s most consumed vegetable oil.

They are kept out of school and forced to work for free or for little pay, and routinely exposed to dangerous chemicals.

Others are smuggled across borders and left vulnerable to trafficking or sexual abuse.

The AP traced the fruits of their labor to the supply chains of popular cereals, candies and ice creams sold by Nestle, Unilever, Kellogg’s, PepsiCo and many other leading food companies.

It also was linked to that most American of treats — Girl Scout cookies.

Wednesday, the U.S. announced it will ban all shipments of palm oil from one of the world’s biggest producers after finding indicators of forced labor and other abuses on plantations that feed into the supply chains of some of America’s most famous food and cosmetic companies.

The order against Malaysian-owned Sime Darby Plantation Berhad and its local subsidiaries, joint ventures and affiliates followed an intensive months-long investigation by the U.S. Customs and Border Protection’s Office of Trade, said Ana Hinojosa, one of the agency’s executive directors.

1 / 16
AP
A child carries palm kernels collected from the ground across a creek at a palm oil plantation in Sumatra, Indonesia, Monday, Nov. 13, 2017. Child labor has long been a dark stain on the $65 billion global palm oil industry. Though often denied or minimized as kids simply helping their families on weekends or after school, it has been identified as a problem by human rights groups, the United Nations and the U.S. government. (AP Photo/Binsar Bakkara)