Hungry for Help: Food insecurity worse for people with disabilities

“Having a disability oftentimes makes it much harder to purchase food," said University of Illinois professor Craig Gundersen. 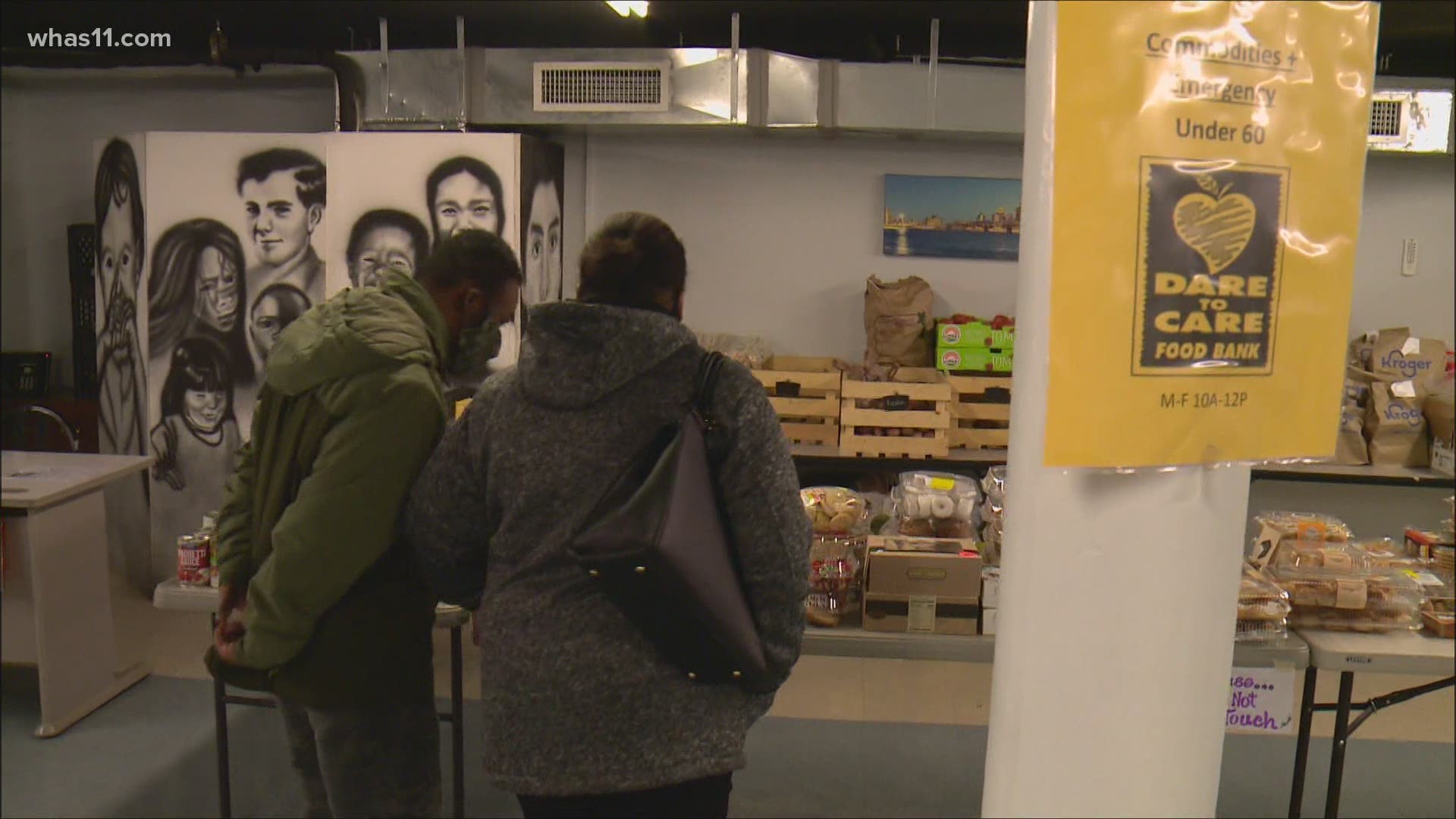 LOUISVILLE, Ky. — The preliminary October unemployment rate was 7.4% in Kentucky, according to the Kentucky Center for Statistics, citing the latest data available. This comes as local food pantries say they’re seeing an unprecedented need.

For Dawana Wilson and her son, 19-year-old Cameron, Highlands Community Ministries, a local food pantry, has been their answer to prayers.

The food pantry has helped keep them fed, as finances have been tight.

“I try not to think about it but it’s kind of hard. It’s rough,” she said.

Wilson retired from Louisville Metro Government in 2016. Now, she gets a pension. But she said it’s not enough to care for her family, including her son who has Down syndrome. She wants to go back to work, but said her hands are tied.

“I have no one to watch him for me to work. So it’s been a strain," she said.

Without the pantry, she said she’d only have enough food to last one week each month.

“A lot of folks with disabilities, they’re having trouble getting out to food pantries to get the food," said Tiffany Murphy, food pantry manager at Highlands Community Ministries.

Because of the spike in demand, Murphy is now allowing friends and family to pick up food for loved ones. It illustrates a growing hunger for help among our most vulnerable, a topic University of Illinois professor Craig Gundersen has been studying for more than two decades.

“Why are people with disabilities most at risk for being food insecure?" asked FOCUS investigative reporter Paula Vasan.

“Having a disability oftentimes makes it much harder to purchase food," said Gundersen.

And during COVID-19, families like the Wilsons have been facing mounting hardship.

“For households with a child with a disability, households have to spend a lot more time on care for that child which takes them out of the labor force," said Gundersen.

In fact, in households with someone who has a disability, Gundersen said food insecurity rates are over three times the national average.

“It’s the leading predictor of food insecurity in America," he said.

“It’s definitely something that’s needed in the community," said Wilson.